Speeding on Roosevelt Boulevard could lead to $150 fine starting Saturday

If drivers are caught on camera speeding, they will be issued a $150 speeding ticket.
WPVI
By Beccah Hendrickson 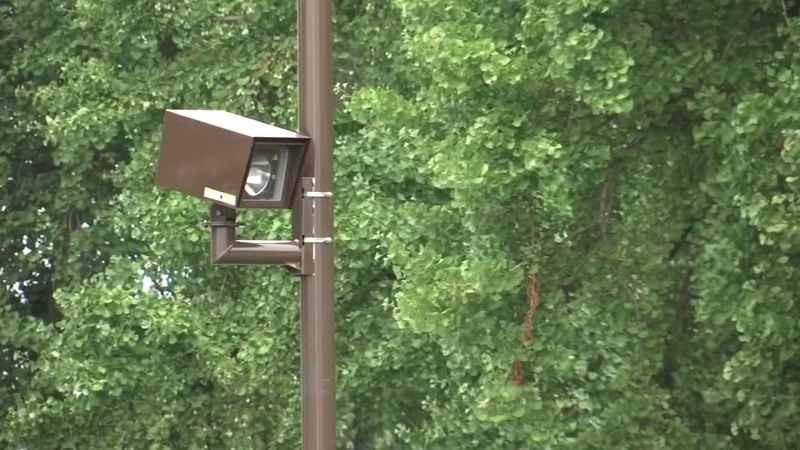 PHILADELPHIA (WPVI) -- For weeks, drivers may have seen cameras at eight different intersections on Roosevelt Boulevard in Northeast Philadelphia.

Starting Saturday, if one of those cameras catches drivers going more than 10 miles an hour over the speed limit, they'll be mailed a ticket.

"Just the other day right there on Adams, I had a car, a Wrangler, almost run me off the road trying to get to the next lane," said Selena, who lives in the neighborhood where one of the cameras is located. She said she sees accidents almost every day.
"You see a lot of teddy bears on the Boulevard and you're wondering why it's there," Selena said.

The city said part of the problem is speeding, and now it has data to back that up.

The company Verra Mobility installed the speed cameras and has been collecting data for 60 days about how fast people drive on Roosevelt Boulevard.

"The speeds of some of the vehicles captured in some cases have been in the triple digits," said Charles Territo of Verra Mobility.

If a camera catches you going more than 10 miles an hour over the speed limit on the Roosevelt Boulebard you'll be mailed a ticket.

"As compared to other cities we're seeing a higher than normal rate of violations, which of course is why I say we're on the wrong side of where we want to be on this issue," said Scott Petri, the executive director of the Philadelphia Parking Authority.

The city said similar technology was installed in New York City in 2014, and, within three years, speeding was reduced by 63%. Philadelphia officials hope something similar happens here.
"We're putting people's lives at risk. That's what this whole program has been about since day one," said Petri.

Beginning Saturday, there will be no more warnings. If drivers are caught on camera speeding, they will be issued a fine up to $150.

The fine works as follows:

Neighbors like David Beck, who's lived near the Boulevard his whole life, said it's about time.

"Forty-five miles per hour is 45 miles per hour. you'll get to where you're going, maybe 10 minutes later, but you'll be safe," said Beck.

Citations will be mailed to the registered address of the vehicle. Officials said no points will be added to an individual's driving record.