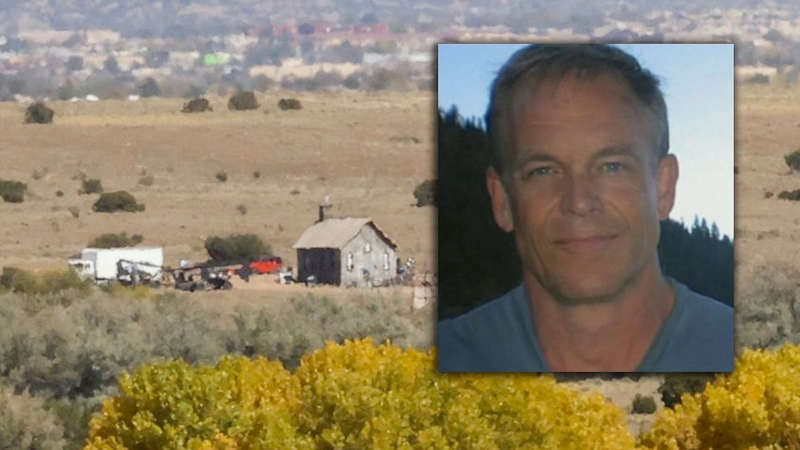 NEW YORK -- An attorney for "Rust" assistant director Dave Halls says she was told by her client that actor Alec Baldwin did not pull the trigger on the prop gun that discharged on the film's set, killing one crew member and injuring another.

"Dave has told me since the very first day I met him that Alec did not pull that trigger," Halls' attorney, Lisa Torraco, told ABC News' Kaylee Hartung in an exclusive interview airing Thursday on "Good Morning America." "His finger was never in the trigger guard."

Baldwin, who was starring in and co-produced the Western film, also told ABC News' George Stephanopoulos in an exclusive interview that he "didn't pull the trigger." The interview with Baldwin, produced by George Stephanopoulos Productions, will air on ABC as an hour-long special on Thursday, Dec. 2, at 8 p.m. ET and will begin streaming on Hulu later that evening. On Friday, Dec. 10, a two-hour "20/20" delves into events ahead of the deadly shooting on the set of "Rust" and pending investigations into what went wrong.

The first interview since the fatal accident on the set of the movie 'Rust'. The emotional ABC News Special with George Stephanopoulos breaks tomorrow at 8/7c on ABC and later that evening on Hulu.

"Someone put a live bullet in a gun, a bullet that wasn't even supposed to be on the property," Baldwin said in a clip of the upcoming interview.

On Oct. 21, Baldwin was holding an antique revolver during a dress rehearsal for "Rust" at the Bonanza Creek Ranch near Santa Fe, New Mexico, when the firearm discharged a live round, striking the film's cinematographer, Halyna Hutchins, in the chest. The bullet that hit Hutchins also struck the film's director, Joel Souza, in the shoulder, according to the Santa Fe County Sheriff's Office.

Hutchins, 42, died after being airlifted to University of New Mexico Hospital in Albuquerque, the state's only Level 1 trauma center, in critical condition, according to the sheriff's office and the hospital. Souza, 48, was rushed via ambulance to Christus St. Vincent Regional Medical Center in Santa Fe where he was receiving emergency care, according to the sheriff's office. Actress Frances Fisher, who was cast in "Rust," wrote on Twitter the next day that Souza was released from the hospital.

Santa Fe County Sheriff Adan Mendoza said an initial investigation determined that two other people had handled or inspected the loaded gun before it discharged -- the film's armorer, Hannah Gutierrez-Reed, and the first assistant director, Halls.

Gutierrez-Reed was in charge of all weapons on set. Her attorney has stated that Gutierrez-Reed had no idea where the live rounds came from.

According to an affidavit for a search warrant filed on Oct. 22 by the sheriff's office as part of the ongoing probe, Halls handed a Colt .45 revolver to Baldwin while proclaiming "cold gun," to let the crew know a gun with no live rounds was being used. Halls told investigators he did not know there were any rounds in the firearm he gave to the actor, according to the affidavit.

Halls' attorney would not confirm that he was the one who handed the gun to Baldwin, but she told ABC News that Halls was on set when the firearm discharged.

"Dave has told me since day one that it was an accident," Torraco said. "It was a pure accident -- freak, awful accident [that] unfortunately killed somebody."

MORE | District attorney investigating 'Rust' movie-set shooting: 'We do not have any proof' of sabotage
EMBED More News Videos

Torraco said Hall is "heartbroken" over the tragedy and ensuing scrutiny.

"It's very, very painful and very hard for him," she added.

No charges have been filed in the case. Santa Fe District Attorney Mary Carmack-Altwies has previously said "everything is on the table" and that any decision to bring charges could take weeks or months.

"I will be shocked if criminal charges get filed against Mr. Halls," Torraco said. "He had no responsibility, no liability and certainly not at the level of criminal liability."

Next week, a two-hour "20/20" delves into the events ahead of the deadly shooting on the set of "Rust" and the pending investigations into what went wrong, featuring the Baldwin interview and new interviews. "20/20" airs Friday, Dec. 10 (9:01-11:00 p.m. EST), on ABC and streaming next day on Hulu.