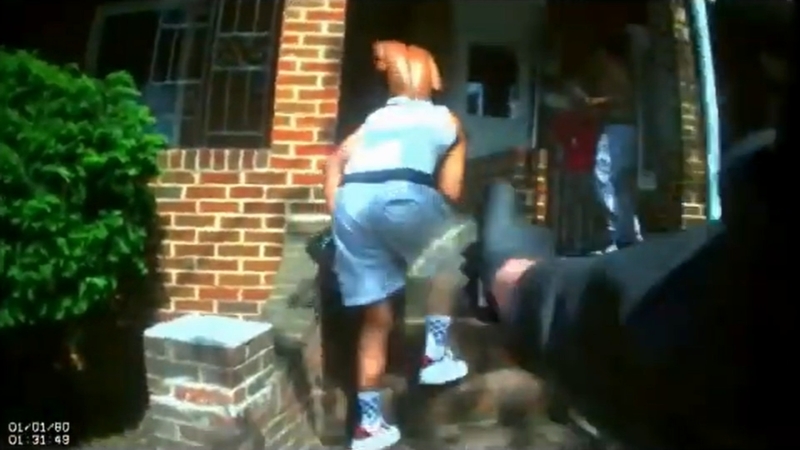 The video shows several officers talking to the group on a porch in Woodlynne, saying they received a complaint about trespassing from a property owner, and they ask the people on the porch for their names. Many of them refuse.

After about two minutes, an officer tells a young man who is sitting on the porch looking at his phone to put his hands behind his back, as the young man says he's texting his brother.

Several moments later, the officer deploys pepper spray at the young man, and then sprays the group of people on the porch. The officer then chases another person to the corner as he deploys the spray.

Prosecutors say this use of force was not justified and announced two counts of simple assault against Dubiel.

Mayor Joseph Chukwueke said the incident was uncalled for and said the town will continue to cooperate with the investigation.

"The conduct is incredibly troubling and of significant concern to us - all the council members, myself and the residents of Woodlynn," he said.