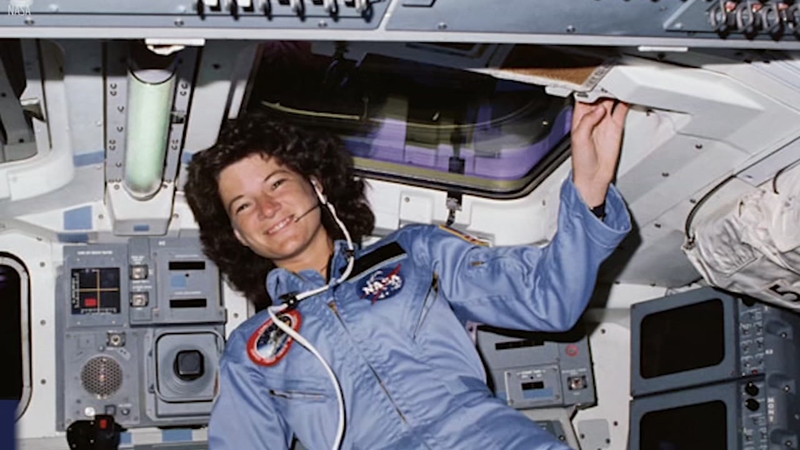 This Day in History: Sally Ride goes to space

Valentina Tereshkov of the Soviet Union had become the first woman in space well before NASA accepted its first class including women in 1978. Ride, who was just graduating from Stanford University with a Ph.D. in physics, saw an ad in the newspaper and decided to apply. She would become one of the six women they accepted and the first to go to space.

As a mission specialist with the STS-7 mission aboard the Challenger, Ride's tasks included satellite communication and conducting experiments. She flew a second mission in 1984 and was assigned a third, but did not go on that mission because of the Challenger explosion. Instead she transitioned to administrative roles at NASA, including serving on the panel investigating the explosion. After her career at NASA, she returned to academia.

When she passed away, then-President Barack Obama released a statement in tribute.