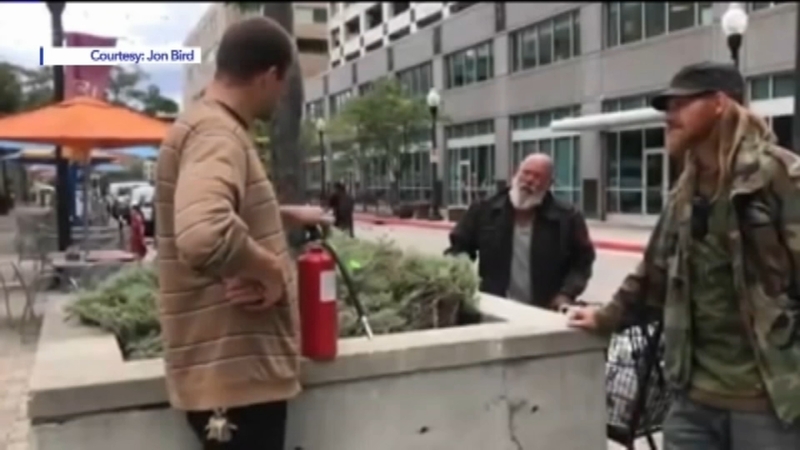 One of them lost his business, the other says he lost his health.

Joe Bird was volunteering at a local arts festival last week when he decided to light up a cigarette.

He says he agreed to move when the owner of a nearby restaurant came out and complained.

Jamison sprayed Bird in the face.

"I never thought he would spray me in the face if I put it in my mouth. I don't get headaches, and I've had headaches ever since," Bird says.

Jamison has issued a public apology, but not directly to Bird, saying in a statement that he's "done groveling."

He's won some fans on social media who applaud the "stand he's taken against smokers."

Regardless, Jamison is no longer the owner of the restaurant.

And Bird has filed a lawsuit.