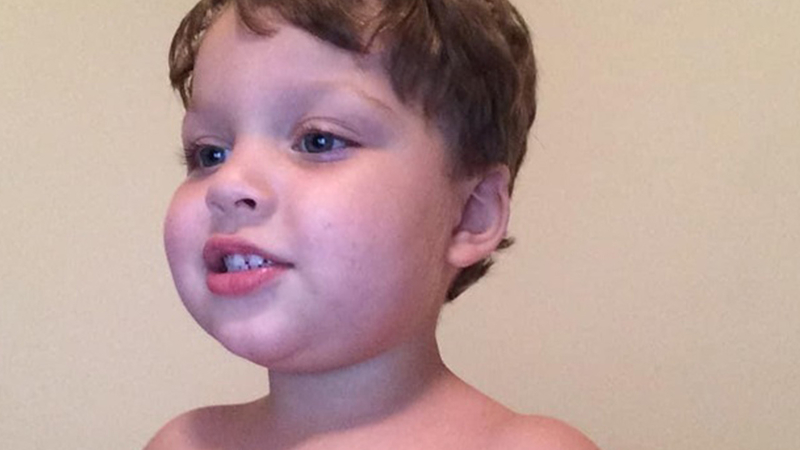 HOUSTON, Texas (WPVI) -- A 5-year-old Houston boy was reportedly dead for weeks before he was reported missing, new details reveal.

A search for Samuel Olson led authorities to a Best Western in Jasper, Texas, on Tuesday, where a child's body was found in a plastic box. Theresa Balboa, the girlfriend of Samuel's father, has been charged in connection with the case.

NOTE: Some details of the case may be disturbing. Viewer discretion is advised.

Samuel's father, Dalton Olson, called police on Thursday, May 27, to report his son missing, just days before the child's 6th birthday. Dalton said Balboa had been babysitting for Samuel since April 30. That has also been confirmed as the last day that Samuel was in school.

Balboa claimed that at about 7:30 a.m. on May 27, Samuel's mother, Sarah Olson, arrived at the home with another man and took the little boy without permission. Sarah, however, provided authorities surveillance video from her home to show she couldn't have taken the child.

While authorities and volunteers with Texas EquuSearch combed a field looking for signs of Samuel on Monday, authorities now believe the little boy had already been dead for weeks.

Balboa's male roommate told police that it was about May 10 when Balboa called him to say Samuel was dead. He says he came home to the apartment and found Samuel bruised and unresponsive on the bed.

Theresa Balboa is charged with tampering with evidence. According to court records, the body was found wrapped with black plastic bags and secured with duct tape.

The roommate further told police that he and Balboa put the boy's body in the bathtub and left him there for two days.
On May 13, he says he bought duct tape and a plastic box from a Walmart, and that he and Balboa wrapped up the child's body, placed it in the box and took it to a storage unit on Highway 3 in Webster.

During the search for Samuel on Monday, Balboa reportedly called a friend and told him she needed help because she had been in a fight. The man picked her up at a Walmart parking lot in Cleveland, Texas. They drove to the storage unit in Webster, picked up a storage container with a foul odor and drove to the Best Western in Jasper, according to court documents.

WATCH: With conflicting information in the case of Samuel Olson's disappearance and death, here's everything we know so far about the timeline of when he was last seen.

Following a Crime Stoppers tip call, Jasper police entered the hotel room and found the body they believe to be Samuel in a plastic tote box. Houston police showed up to the motel room and said in court documents that they found Balboa in the bathroom. She told them he was in a box.

The detective noted having to pry open the lid that was held on with tie wraps and encountering the smell associated with a decomposing body.

Balboa has been charged with tampering with evidence, in particular a human corpse. She is currently waiting to be brought back to Houston from the Jasper County Jail.

Balboa is the only arrest in the case of Samuel's death so far.

As of Thursday afternoon, Samuel's body had arrived back to Harris County for an autopsy.

Samuel's mother, Sarah, spoke through her attorney about the charges against Balboa.

"Theresa is in custody, but she also strongly believes that the adults, the child's father, should also be in custody, because she feels 100% that they both have something to do with this," attorney Marco Gonzalez said. "So, she's hoping, you know, praying that he also will be taken into custody. So that justice can be done for Samuel."

"She feels that if Samuel is deceased ... [and] that this is her child after the identification process, she feels 100% of the blame is on both [the father] and Theresa," said attorney Marco Gonzalez.