Man douses ex-girlfriend with gasoline, attempts to set her on fire 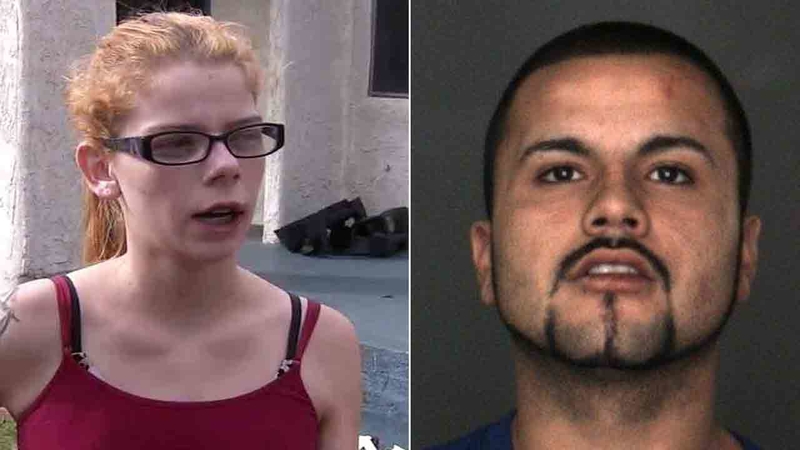 San Bernardino man douses ex-gf with gasoline, attempts to set her on fire

SAN BERNARDINO, Calif. -- An 18-year-old man was arrested for domestic violence and assault with a deadly weapon after he allegedly poured gasoline on his ex-girlfriend, attempted to set her on fire and punched her in the lip Thursday morning.

The victim, identified only by her first name Destiny, says her clothes caught on fire, but she was able to quickly take them off.

The incident occurred at a residence in San Bernardino, California at 7 a.m.

Police say the suspect, identified as 18-year-old Eduardo Rios, allegedly showed up at Destiny's house holding a water bottle filled with gasoline. He allegedly walked inside and saw the victim lying on the couch with another guy. That's when, police say, he became upset and dumped the gasoline on his ex-girlfriend.

Rios allegedly lit the couch on fire with a lighter. The small fire was quickly put out.

A fight between the suspect and victims ensued. That's when, Destiny says, her ex-boyfriend punched her in the mouth.

"He just don't know how to accept the answer no," she said.

Destiny says Rios lit a box of cereal and threw it at her house in the past. The case remains under investigation by the San Bernardino Police Department.