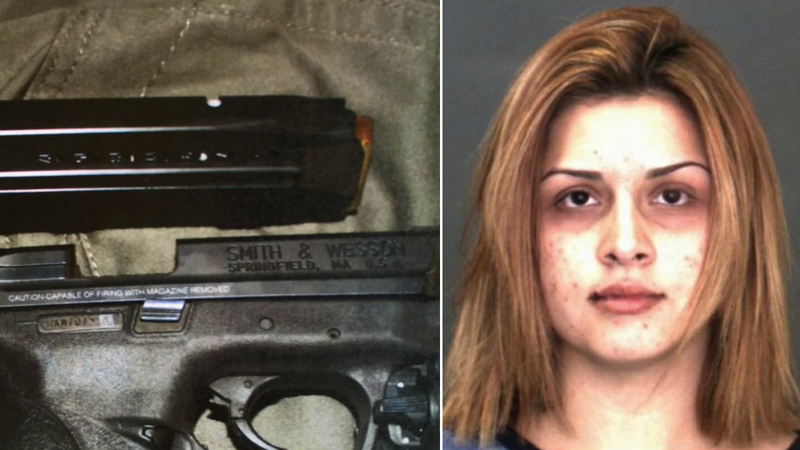 SAN BERNARDINO, Calif. -- A California mother was arrested Wednesday after her 3-year-old girl pointed a stolen gun at a police officer.

Kimberly Torres, 20, was arrested for child endangerment and possession of stolen property.

The weapon was one of two guns, a service belt and other items stolen from an off-duty Los Angeles County sheriff's deputy's car on May 7 in San Bernardino.

A suspect, identified as Ramon Quintero, was arrested later that day with one of the guns. Quintero was driving in a friend's car, which led investigators to Torres' home.

While San Bernardino police officers were talking to Torres, the toddler walked up to the detective, pointing the gun.