Misbehaving teens frustrate police and residents at the Jersey shore 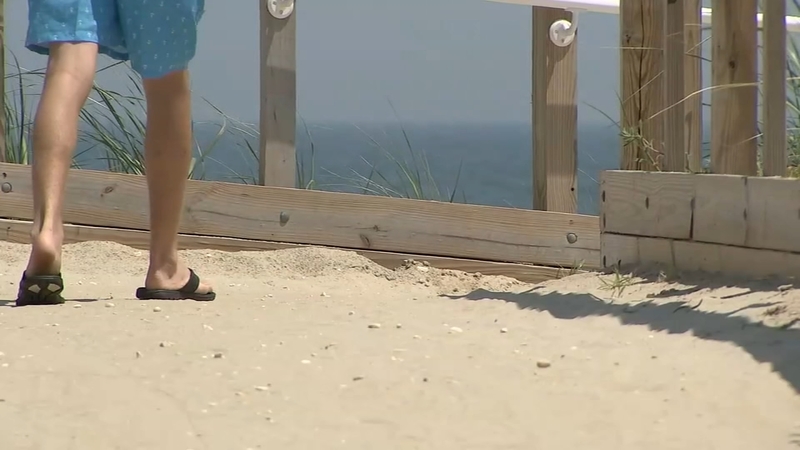 In Sea Isle City, residents spoke at a city council meeting about the issues they're seeing after dark.

"This is like, the only hangout spot that there is for everyone to meet new people and stuff. So yeah, it's really fun," said Emily Coyle, 14, of Mullica Hill.

"We all meet up with our friends and get food and ice cream and stuff," said Riley MacHenry, 14, of Mullica Hill.

The mayor of one town on the New Jersey shore has ordered the closure of the boardwalk and beaches overnight due to large crowds and what he called "unsafe and disruptive behavior."

The girls say they make sure they're home by the curfew set by their parents and try to avoid any unruly groups.

But this summer, some young people are doing more than just hanging out.

"We have memorial benches that families put up for departed ones. They've thrown them into the dunes and broke them. It's horrible," said resident Kathy McNichols.

During Friday morning's city council meeting, members of several condo associations spoke out about the groups of teens.

One major complaint: people going to the bathroom under the raised condo buildings just off the promenade.

"I came down to take the dog out and there were two people urinating in our trash area," said one man during the public comment portion of the meeting.

City council member Mary Tighe told Action News the public bathrooms have been closed early because of late-night destruction in the past. But now say the bathrooms will stay open until 11, and they'll look into hiring an attendant.

Police are also concerned with new state directives that limit how police can handle minors when they're under the influence of alcohol or marijuana.

"It used to be we could bring them into custody, bring them back here. Bring the parent in. The parent would get to see the child in that present condition," said Sea Isle Police Chief Tom McQuillen.

Now he says when it comes to possession or underage consumption, their powers are limited.

"A first offense is treated with a written warning and a contact to the parent," McQuillen said. "That's it."

New Jersey has set aside $4 million in its recently enacted budget for long-needed repairs to the Wildwood boardwalk.

Avalon recently announced the closing of its beaches and boardwalk in the overnight hours because of a similar issue.

Local police are asking parents to get involved.

"See if you smell the odor of marijuana, cigarettes or alcohol on your child - and having those honest conversations with your kids and just checking up on them," said McQuillen.

Sea Isle City police say they can intervene if a juvenile is seen committing a more serious offense like fighting or assaulting someone.