According to police, 13-year-old Nicholas Ritter and a second juvenile were standing in the middle of the street on their bikes. 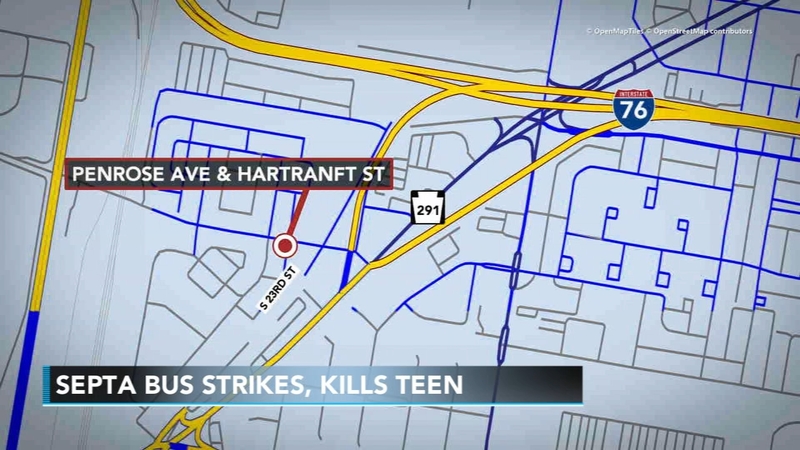 PHILADELPHIA -- Police have identified the 13-year-old who was struck and killed by a SEPTA bus in South Philadelphia.

It happened just after 7:30 p.m. Thursday at Penrose Avenue and Hartranft Street.

According to police, Nicholas Ritter and a second juvenile were standing in the middle of the street on their separate bikes. One of the juveniles was able to move out of the way.

Police said the bus driver applied the brakes and attempted to swerve out of the way, but was unsuccessful and hit Ritter.

The teen was pronounced dead at the scene, police said.

"SEPTA's thoughts are with the family, friends and other loved ones who are dealing with an unimaginable loss. SEPTA is committed to fully cooperating with the ongoing investigation into this incident."