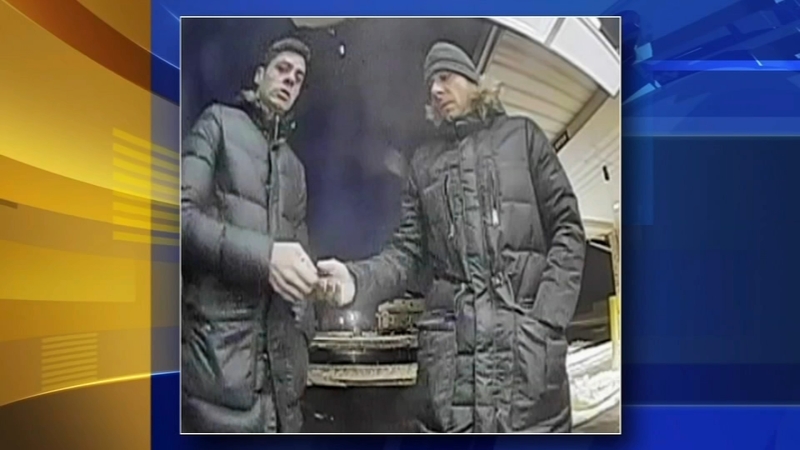 These skimming devices have been discovered at several locations around the area.

Police said they are not only looking for the suspects, but victims, as well.

The pair was caught on camera installing a device at the BB&T bank ATM on Bristol Road on January 9.

"They discovered the machine had been tampered with and a skimming device had been found on the ATM machine," said Fred Harran, Director of Bensalem Police. "They are out there doing many more machines than this."

Across our area, the crime of card skimming is growing.

In January, Lower Pottsgrove police said store employees of Aldi discovered a skimming device at the cash register this fall.

Last year, at least 20 skimmers were found in Philadelphia, and even more in the suburbs.

Richard Goldberg, Economic Crime Chief in the US Attorney's Office, says the technology criminals are using is evolving.

"Every time the financial institutions come up with a way to make tampering more apparent, bad guys generally find a way around it," said Goldberg.
Banks and companies with ATMs are starting to monitor the machines in real time. Goldberg says there are also a few things users can do to help the process.

"Try to use machines that are in relatively high traffic areas, and check your statements all the time," he said.