1 arrested after manhunt for armed suspect in Deptford, NJ 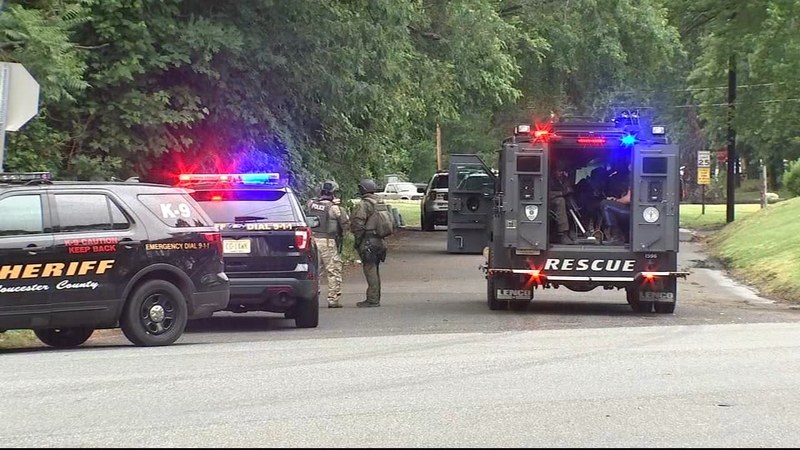 1 arrested after manhunt for armed suspect in Deptford, NJ

According to the Gloucester County Prosecutor's Office, Michael F. Dorazo, 41, of Glendora, allegedly forced his way into a home and discharged a weapon before fleeing into the surrounding neighborhood on Saturday evening.

Neighbors in the area of Pasadena Avenue and Hurfville Road were told to shelter in place as a SWAT team responded.

"It's a little scary when you hear gunshots, and you got kids," said Will Phillips, who lives nearby.

Phillips says he pulled over when he saw all the flashing lights.

"I was coming from the Home Depot. I saw the cops. I stopped and turned around, and I saw them behind the cars with guns drawn. I heard four or five gunshots go off, and that's why I kind of stayed," he added.

Authorities say one man is in custody after dozens of armed officers surrounded a home for several hours in Deptford, New Jersey.

Dorazo was captured sometime around 10 p.m. near Pasadena Avenue.

Investigators say he was armed with multiple firearms, including two handguns and a high-power, high-capacity assault weapon.

According to the Gloucester County Prosecutor's Office, Dorazo initially failed to comply with the officer's commands to surrender and took steps to fire a handgun toward the officers, but a Deptford officer was able to subdue the man and bring him under arrest.

Dorazo has been charged with attempted murder, burglary and other related offenses.

No other injuries were reported in connection with this incident.