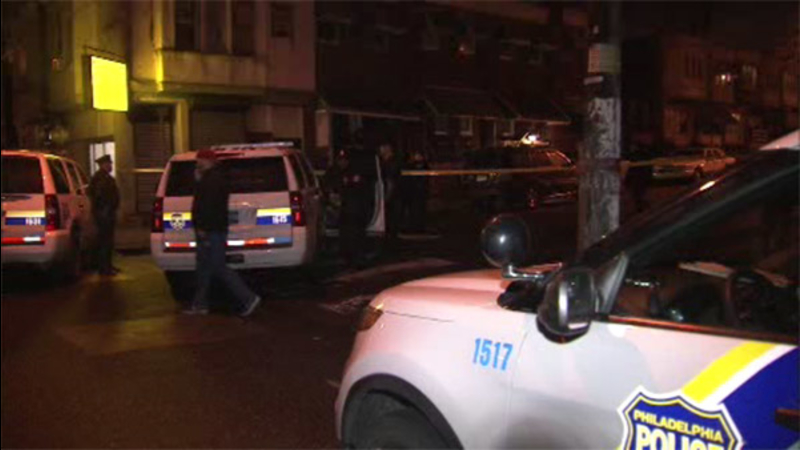 FRANKFORD -- Police say a man walked in an unlocked door of a house, and opened fire, striking a man in the head in Philadelphia's Frankford section.

The shooting occurred around 10:30 p.m. Wednesday along the 1800 block of Fillmore Street, just off of Tackawanna Street.

Police say the suspect stood in the doorway and fired at 29-year-old Andre Adams. He collapsed on the living room floor with two gunshot wounds to the head. He was pronounced dead a short time later.

The suspect then fled on foot. He is described as a black male in his 20s. He was wearing a black puffy coat with a Nike emblem, dark jeans and white sneakers. He was last seen running east on Fillmore towards Tackawanna Street.
EMBED More News Videos

Police say a man walked in an unlocked door of a house, and opened fire, striking a man in the head in Philadelphia's Frankford section.

Police say the Adams was a visitor in the home. There were also twelve people, including four children inside.

Chief Inspector Scott Small said, "We don't know a motive. However, the intersection of Tackawanna and Fillmore streets is known for street level narcotic sales. So in addition to having numerous witnesses that were inside the house, we have numerous cameras right outside."

Police say those neighborhood cameras show the suspect approaching the home and running from the area.

The witnesses inside the home were all taken to police headquarters for questioning.