WPVI
By Katherine Scott
PHILADELPHIA (WPVI) -- At least three people were killed and nine others were injured in seven separate shootings over a three hour period in Philadelphia from Thursday night into Friday morning.

This comes after an especially violent several days across the city.

Philadelphia Police Deputy Commissioner Melvin Singleton said, "One of the things we definitely are doing is trying to be surgical. We don't want to hurt the community, but we also need to identify these males who are doing the shooting out here, and so a lot of what we are doing is intelligence-led, data driven, making sure that we are in the right place and that we are identifying and targeting the right people." 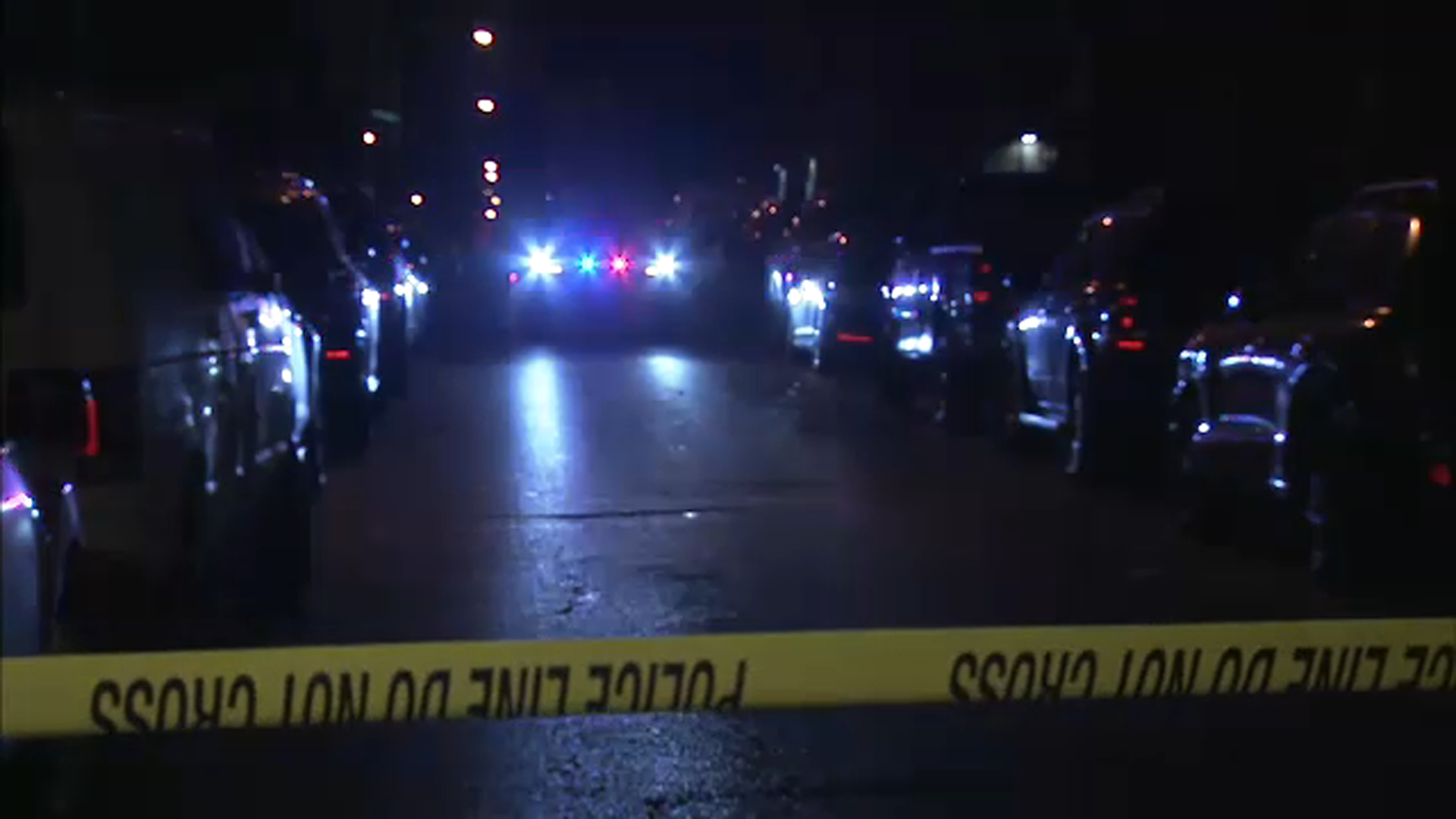 Officers arrived to the scene and learned the victim was on his way to the hospital.

The victim was taken by a civilian vehicle to Temple University Hospital with multiple gunshot wounds, including to his face and chest.

He is listed in critical condition and is on a ventilator. 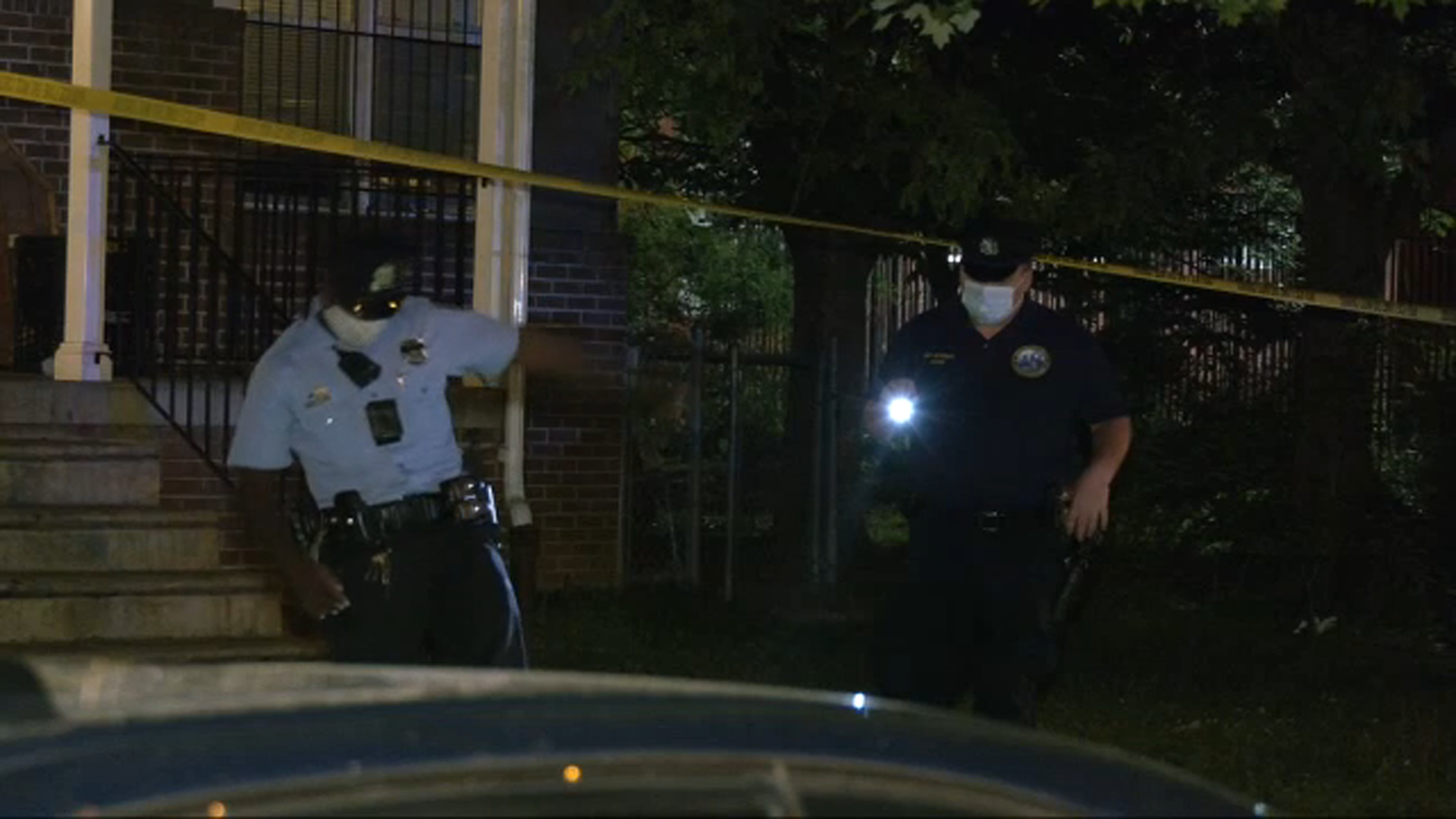 In West Philadelphia, one man died in a quadruple shooting.

Police said two men opened fire on the 300 block of North 55th Street, striking three men and a woman on a front porch.

Officers arrived on the scene and found multiple shooting victims at that property. Police took them all to Penn Presbyterian Medical Center.

A 29-year-old man suffered a gunshot wound to the left side of the chest. He was pronounced dead a short time after arriving at the hospital. 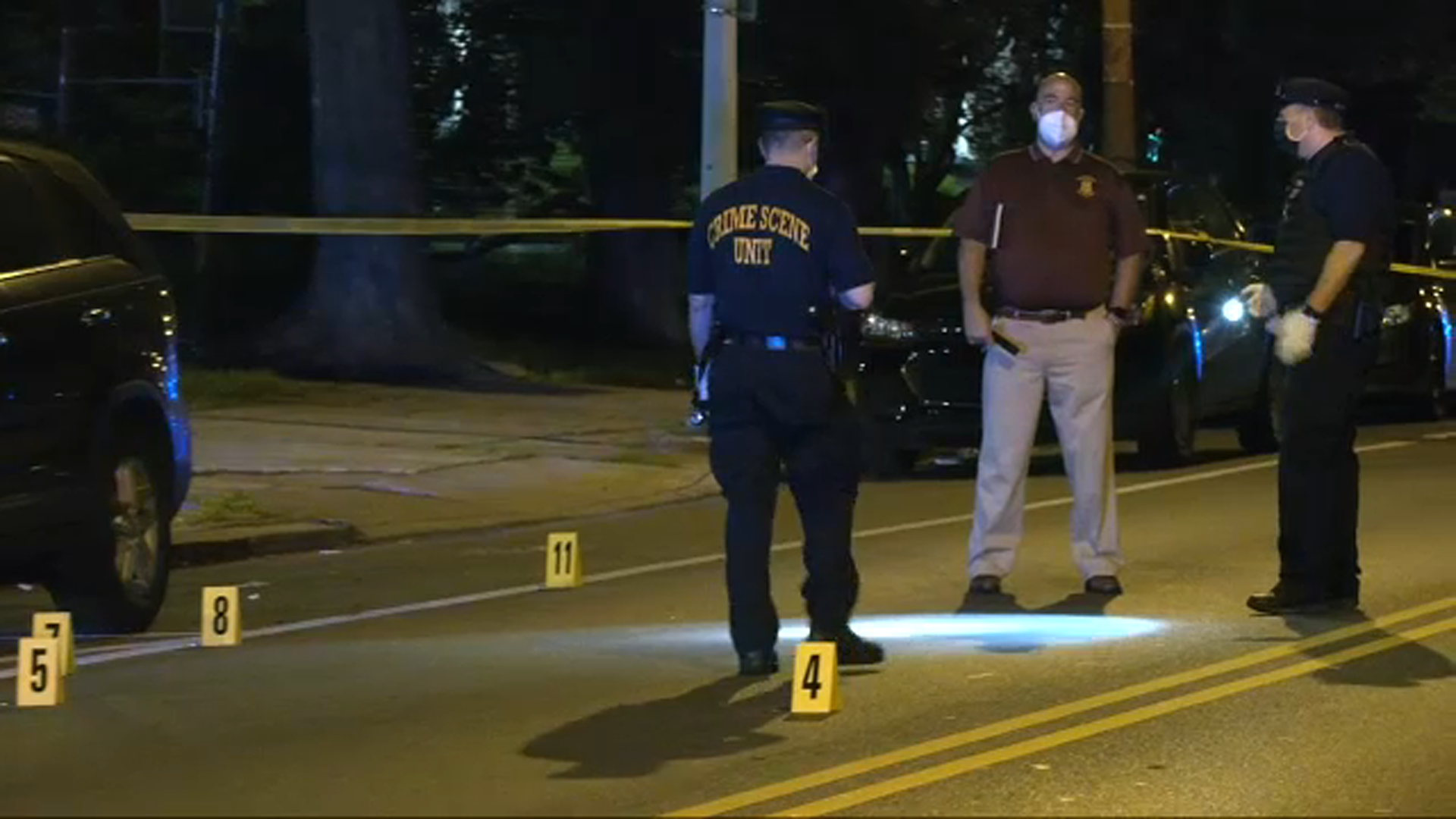 A man was shot at Wayne Avenue and Hansberry Street around 11:15 p.m. Thursday.

In Germantown, police said a 37-year-old man was fatally shot while he was driving his Dodge Charger at Wayne Avenue and Hansberry Street.

Police believe he had just left a friend's apartment.

Arriving officers found the victim in the driver seat. He had been shot in the back of his neck.

Police said after he was shot, the victim managed to drive a short distance before losing control and crashing into a parked car.

He was rushed to the hospital where he was pronounced dead.

In Kingsessing, police responded to a call for gunshots in the 1600 block of S. Conestoga Street.

When officers arrived on scene, they found an 18-year-old man, who was unconscious in the street.

Officers transported him to Penn Presbyterian Medical Center where he was rushed to the operating room.

He was pronounced dead a short time later. 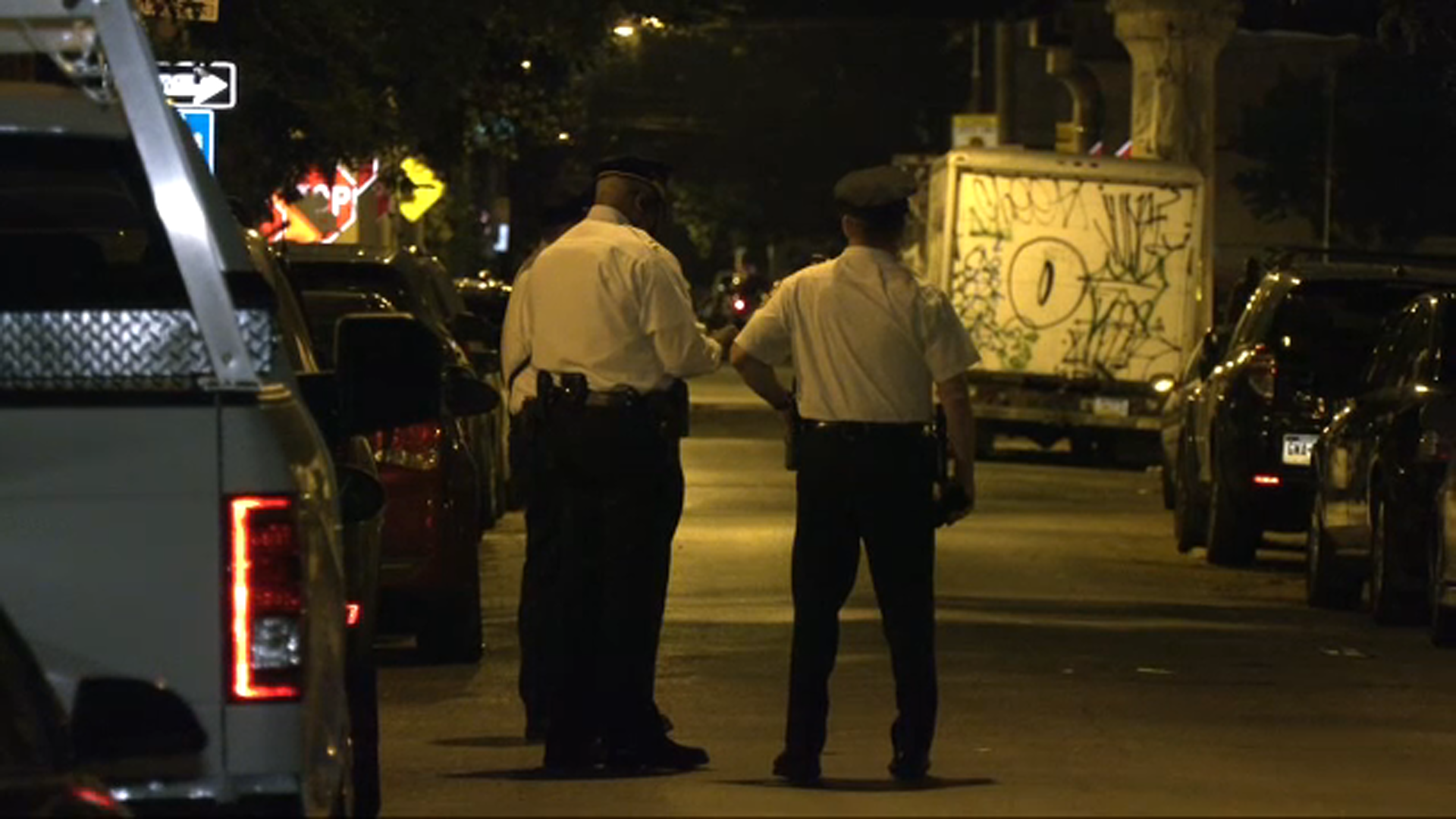 Three people were shot, including a woman struck by a stray bullet, at 24th and Reed streets around midnight Friday.

In Grays Ferry, police responded to a triple shooting at 24th and Reed streets where one victim was struck by a stray bullet.

Police said an 18-year-old and 22-year-old were shot in the legs.

According to authorities, a bullet traveled down the block, went through the side of a house, and struck a 52-year-old woman in her second floor bedroom on the 1300 block of Ringgold Street.

All three victims were taken to the hospital in stable condition. 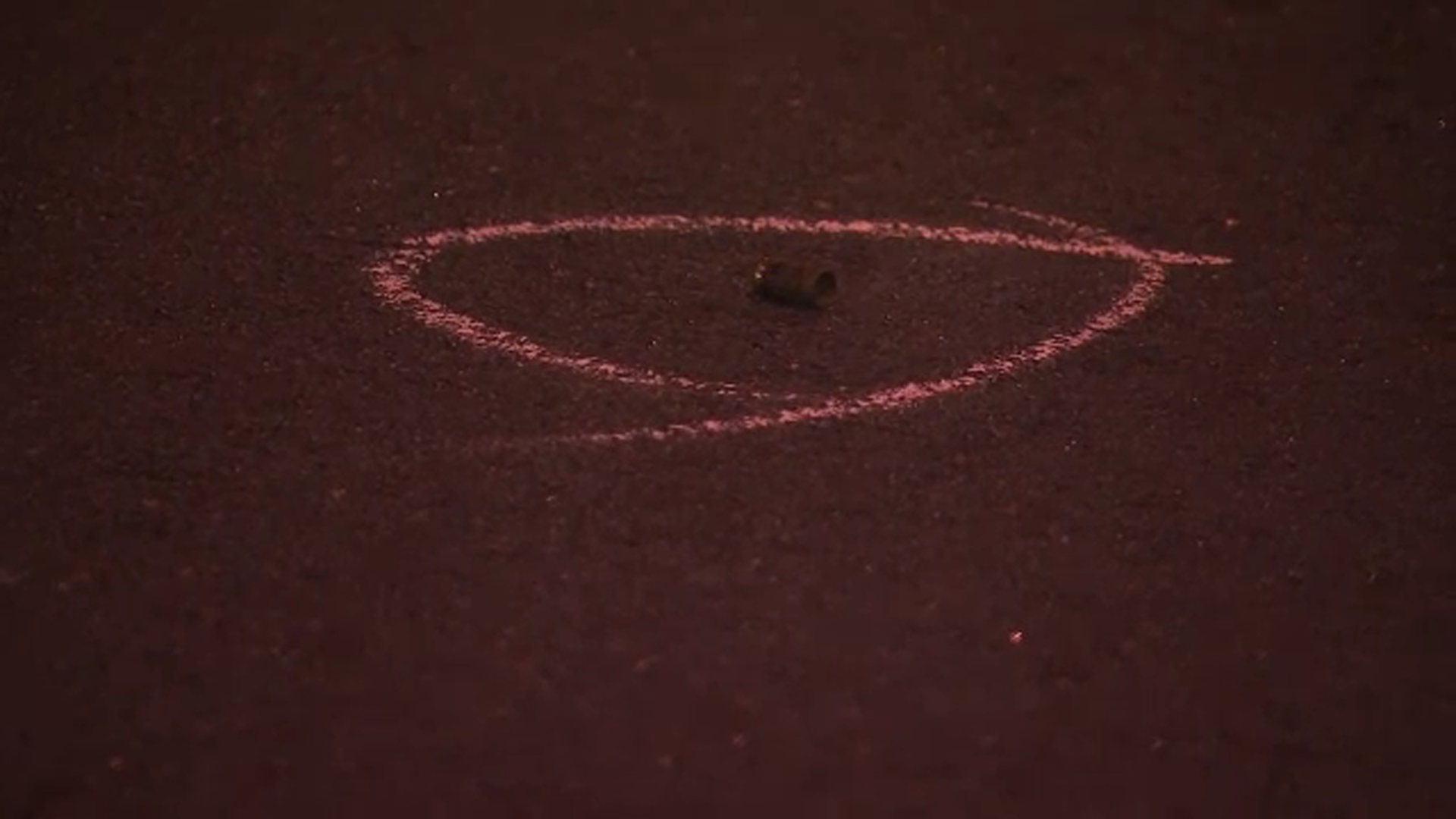 A man was shot on West Huntingdon Street near North Sartain around 12:40 a.m. Friday.

He suffered five gunshot wounds to his right leg and three to his left leg.

Police took him to Temple University Hospital where he is listed in critical condition. 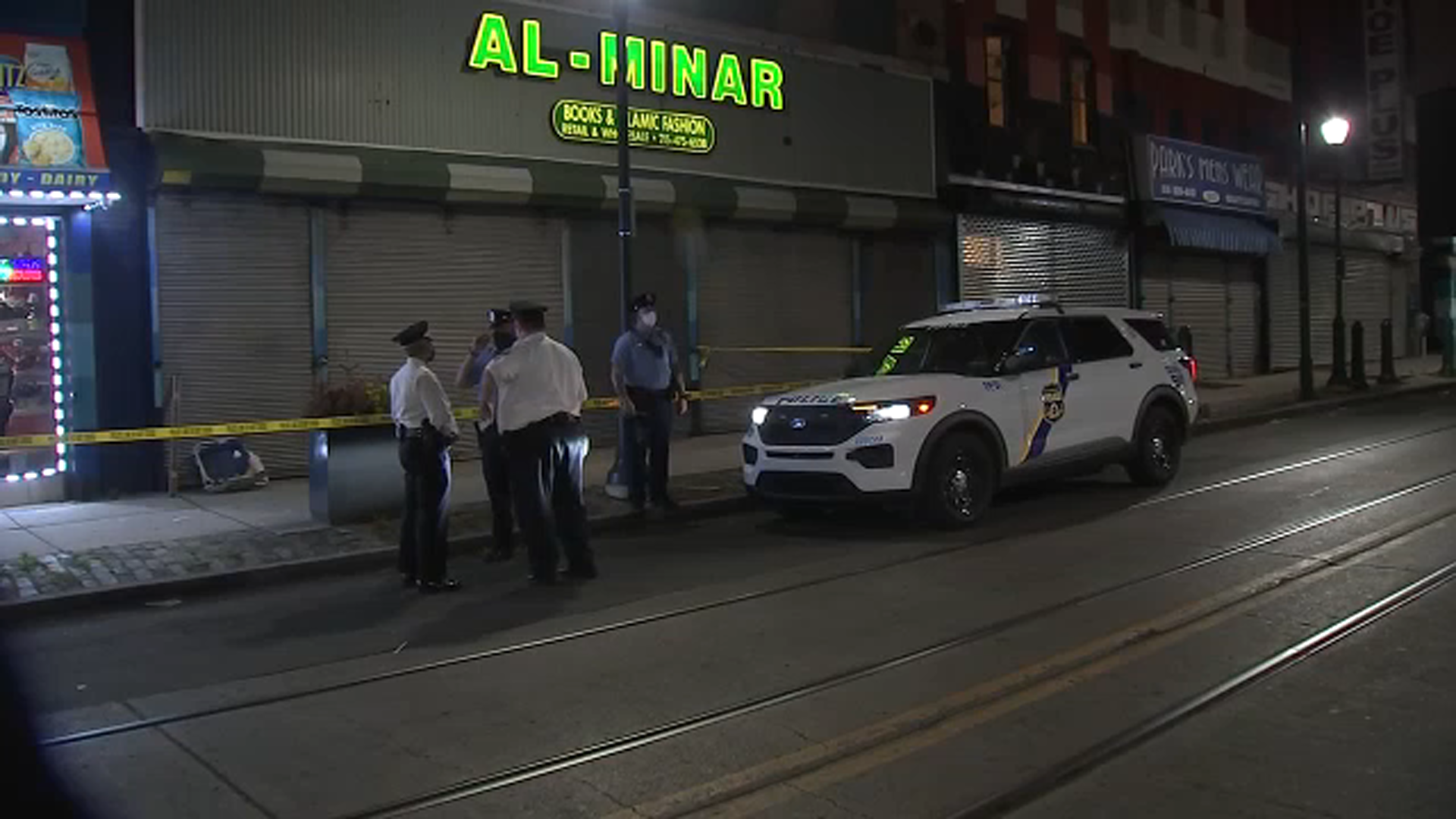 A 14-year-old boy was shot on Germantown Avenue around 1 a.m. Friday.

Also in North Philadelphia, a 14-year-old was shot in the chest on the 2600 block of Germantown Avenue.

Police said the 14-year-old was walking by himself to a convenience store when five males, between the ages of 16 and 19, approached and attempted to rob him.

Police said, while trying to defending himself, the victim was shot by an 18-year-old man.

"The victim, after being shot, ran about a half a block to another business, and that's where police found him," according to Philadelphia Police Chief Inspector Scott Small.

He was taken to Temple University Hospital and later transported to St Christopher's Hospital for Children where he was listed in stable condition.

Police are searching for surveillance footage in all of these cases. No arrests have been made.

The shootings continued hours later when an off-duty Philadelphia police lieutenant was shot in the leg during an altercation at a CVS Pharmacy in South Philadelphia. He is expected to be OK. The suspect was taken into custody.
Report a correction or typo
Related topics:
philadelphiacrimedeadly shootingshootingviolence
Copyright © 2021 WPVI-TV. All Rights Reserved.
More Videos
From CNN Newsource affiliates
TOP STORIES