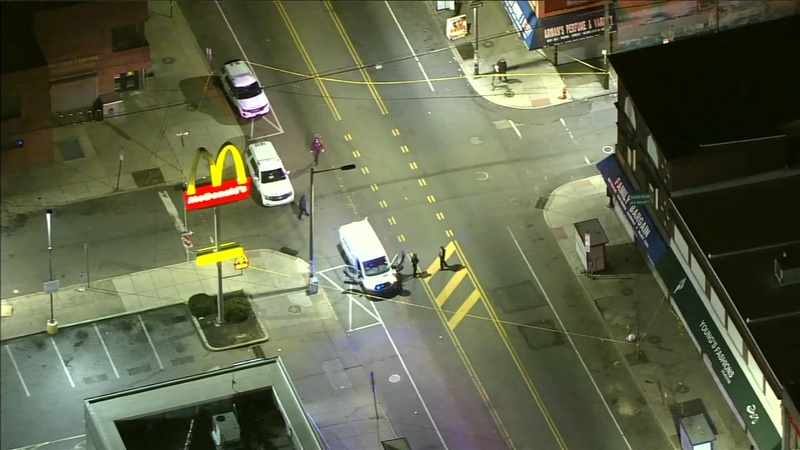 PHILADELPHIA (WPVI) -- One person was killed and another was critically injured in a shooting near a McDonald's in West Philadelphia.

Authorities have not been able to identify the victims.

They are reviewing surveillance video which captured two suspects following the victims.

So far, there have been no arrests.