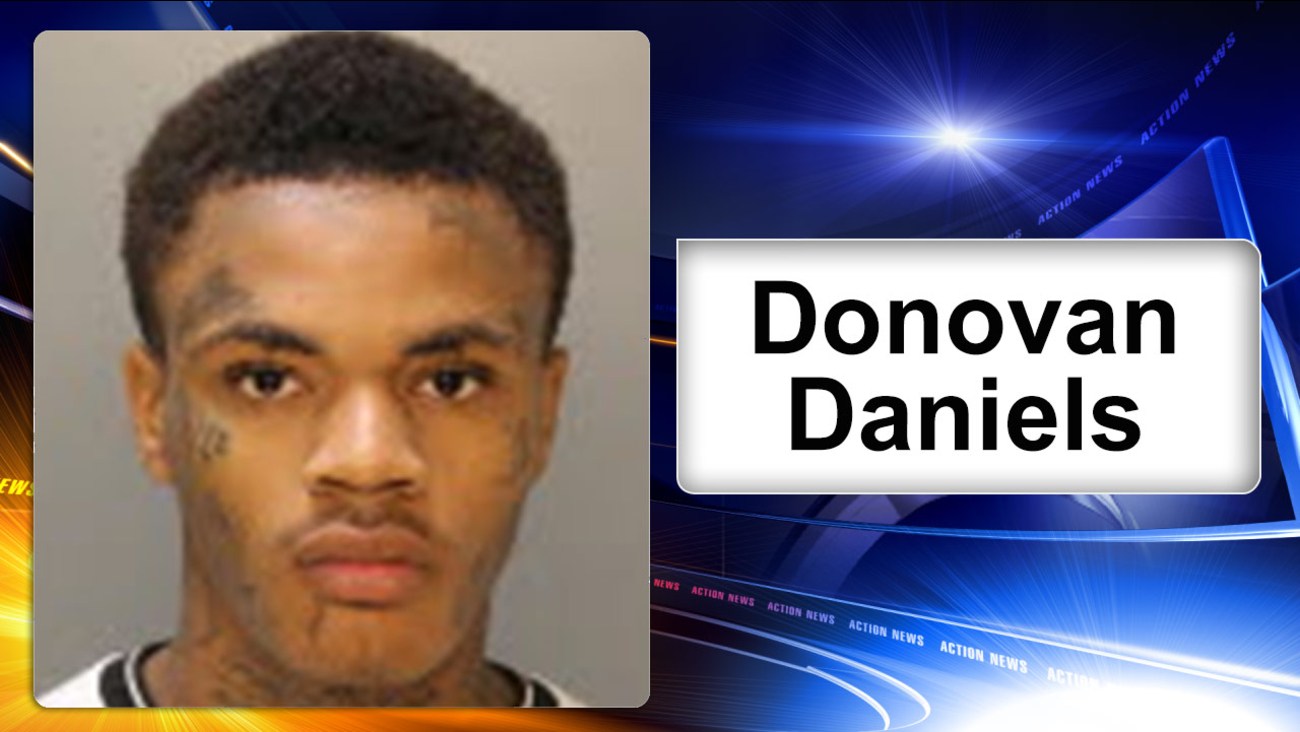 SOUTHWEST PHILADELPHIA (WPVI) -- Police have charged a 17-year-old male in the robbery, kidnapping, and shooting of a pizza delivery man in Southwest Philadelphia.

Investigators were alerted that Donovan Daniels, the second suspect was in the area of Bridge Street and Torresdale Avenue.

Authorities approached Donovan and he fled on foot. After a brief pursuit, Donovan was taken into custody.

Police are still searching for for the first suspect.

The victim, 34-year-old Gafaru Surah had surgery to remove a bullet from his head.

Investigators say Surah called the customers, who said they'd be there in a minute.

"He went over to driver's side and picked up the food," said Alassane. "He got down to take the food and they just brought the gun and said 'go into the car.'"
The two suspects robbed Surah of $60, drove him a few blocks, then demanded he call someone to bring more money.

When he wouldn't, police say they ordered Surah to get on his hands and knees on S. 57th Street, then fire a shot into his head.

Surah managed to run away and flag down police.

"Take the money, take the car. You shouldn't shoot the guy, I don't know why they shot him. He's not a street guy," said Mohamed Kharbani, a co-worker at Chillin Pizza.

He says the job is dangerous, and relatives had urged Surah to begin driving for Uber instead. He said he would in the near future.

"We are here to survive, we never do any harm to nobody here. We are just here to make money to take care of our family," said Alassane.

Surah is expected to survive. Relatives say he supports not only himself here in the U.S., but also a wife and young daughter in their native Ghana.

Investigators released the following description of suspect #1 who remains at large.

He is described as a black male, light complexion, mid 20's, wearing a black shirt and blue jeans.