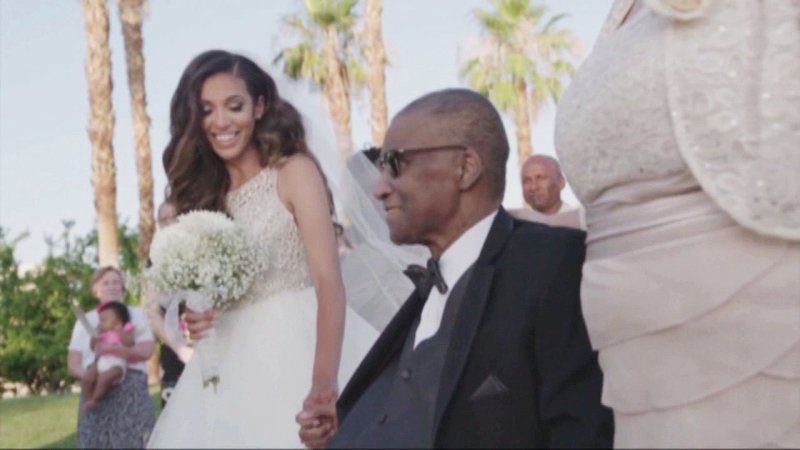 INDIO, Calif. (WPVI) -- A father walking his daughter down the aisle on her wedding day is a very special moment. However, a serious medical issue threatened that opportunity for a father and daughter from Nebraska.

"Not to be able to even stand up and say, 'I am the one that will give her away'...I felt that I was letting her down," said Andre Pearson.

Pearson's daughter was set to get married in Indio a couple weeks ago. But Pearson needed a heart transplant and his kidneys were failing.

He was given only a few months to live.

The surgery was a success. The night before the wedding, Pearson arrived in the Coachella Valley to surprise his daughter.

Andre Pearson hugs his daughter Alexandra after he surprised her before her wedding day.

"It was like a dream, kind of. It doesn't feel real," said Pearson's daughter, Alexandra.

Pearson was able to escort his daughter down the aisle, holding her hand. The two, as well as the rest of the wedding party, then danced the night away.