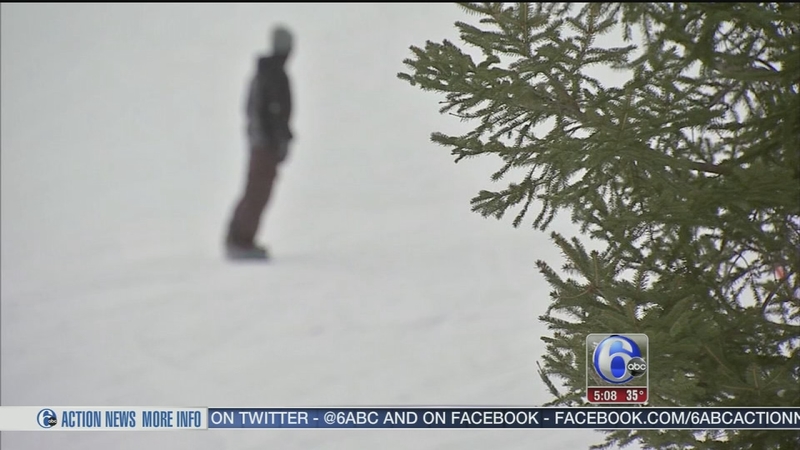 MACUNGIE, Pa. (WPVI) -- Not everyone is dreading the weather headed our way.

That makes it one of the latest openings in Spring Mountain history.

Owner Rick Buckman says when you consider that the previous year they were making snow in November, missing all of December this time around was painful.

"Especially Christmas week, that's our money week between Christmas and New Year's because everybody's home, all the college kids are home, people are off work, this year we missed it totally," Buckman said.

But with a busy Martin Luther King holiday behind them and Presidents' Day still to come, ski resort officials say they are optimistic that this ski season can finish strong after a miserable start.

The one thing they're still missing though is what many ski officials referred to as the most powerful marketing tool in the business, namely real snow.

"If people see snow out in their yards, they like to go out and play in it. They get the feeling 'we should go up skiing, we should do some things outside,' take advantage of the snow," Jeff Zellner of Bear Creek Mountain Resort said.

And that's why no one wants to see this impending storm dump a winter wonderland on our region more than the mountain resorts.

The question that lingers though is which do skiers and snowboarders prefer: man-made or natural snow?

According to the people we spoke with, it was unanimous that there's nothing like the real thing.

"I like natural snow. It's more fun, it's more enjoyable. If you're a beginner and you fall, it doesn't hurt as much," Brendan Burrows of Birdsboro said.

As of Wednesday night, six of eight trails are open at Spring Mountain and 21 of 23 at Bear Creek.