WPVI
There are family photos, and then there's the dad behind the ultimate pics of his three girls.

The photos are ethereal, humorous and amazingly creative.

But while you might think their photo travels take them on epic adventures, you might be surprised to know dad John Wilhelm he snaps them in their little attic in Switzerland.

Wilhelm, a self-described "photo-holic", tells Action News that he has these incredible ideas, but not the budget to rent a studio - or models.

So instead he creates these fantastic scenes with his in-house crew of 3 gorgeous little girls and even his wife.

He uses whatever props they have around the house and of course, the magic of Photoshop.

Wilhelm showed us some of the before and afters, such as a champagne toast and how he used posing, photo-processing and 3D elements to make it look like his daughter is being pushed out with the cork.

He says the family tackles one new project a week, when he's not busy being the IT director at a University in Zurich. 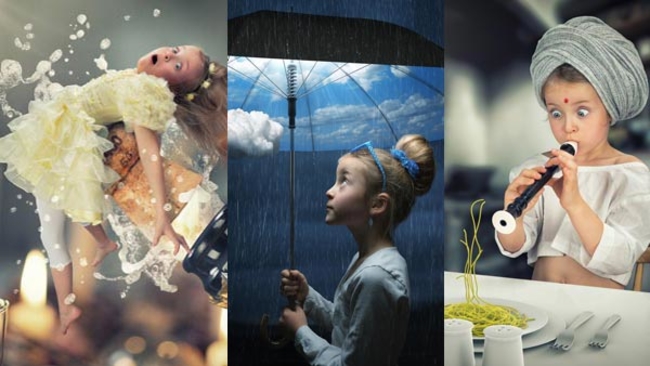