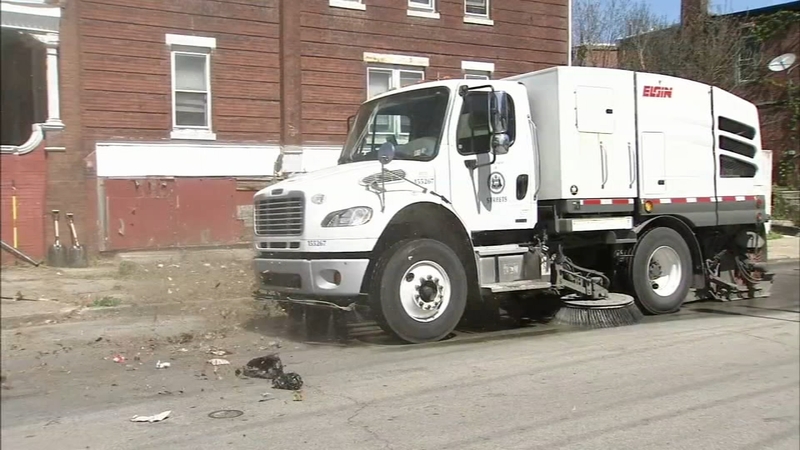 PHILADELPHIA (WPVI) -- Philadelphia is rolling out a new street sweeping program that won't require you to move your parked car.

The pilot program provides sanitation workers with backpack leaf blowers to use to stir up litter from sidewalks and push it into the street. The walking crews are then followed by a street sweeper vehicle which vacuums up the debris and scrubs the road.

The crews are deployed the day after trash pick-up.

This program is a $425,000 investment towards a cleaner Philadelphia. Brian Abernathy, the Managing Director of the city, says it's just the beginning.

"For next year we've set aside $2.3 million," Abernathy said.

An environmental group, 5th Square, is concerned that the leaf blower backpacks will create an air quality hazard for neighbors.

"Backpack blowers are horrible for the environment. Running one for an hour would be equal to driving a modern-day Camry from here to Tampa Bay," said Dave Brindley.

Abernathy argues traditional street sweeping has its own drawbacks.

"Moving cars will also release pollutants as well. A purely mechanical street sweeping program will not actually address our sidewalks," he said.

Tanya Lyons is block captain of the 1800 block of 56th Street and welcomes the program, but says tackling litter needs to start on an individual level.