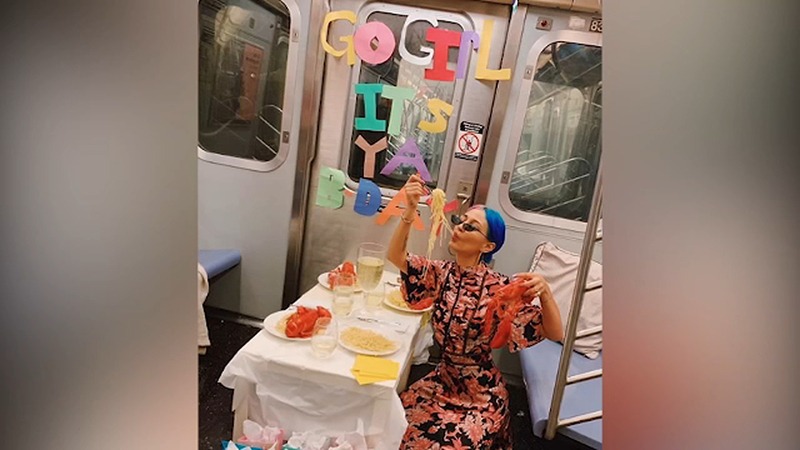 Woman celebrates her birthday with a lobster feast on the subway

NEW YORK -- It may not have been a fancy restaurant, but that didn't stop one woman from celebrating her birthday with a lobster feast - on the New York City subway.

California-based photographer Amber Asaly says she hopped on the J train with her cousin and several other friends at the Myrtle-Broadway stop in Brooklyn Wednesday night.

The group then dined on lobster, spaghetti, drank bottles of wine, and even had a pinata to celebrate her 26th birthday.

The group rode from Brooklyn into Manhattan, then stayed on the train as it turned around and headed back.

Asaly says they cleaned up after themselves once they were done with the party.

The feast was put together by Amber's cousin who is an event planner.

Portion of Times Square in NY shut down after 2 people, including 3-year-old child shot