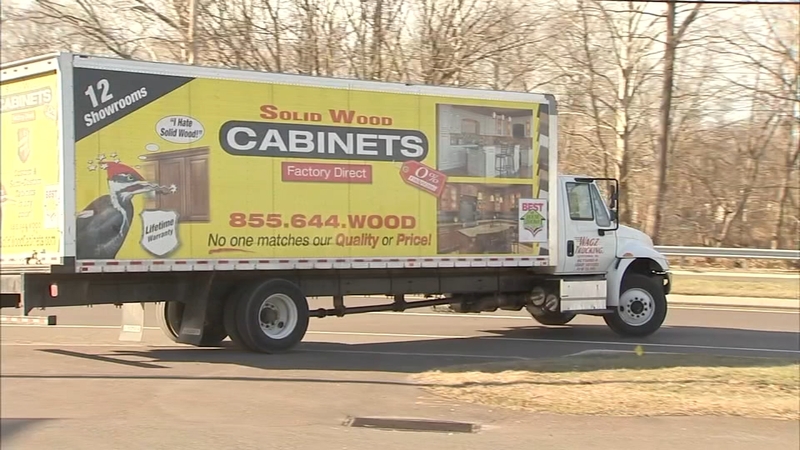 LEVITTOWN, Pennsylvania (WPVI) -- A big cabinet company with about ten locations throughout Pennsylvania and New Jersey has abruptly closed its doors, leaving customers who've paid thousands of dollars in the lurch.

Solid Wood Cabinets is headquartered in Levittown. It claimed to offer "factory direct" and "50-percent off big box prices."

But the problem now is the chain has shut down without any warning leaving its many customers empty-handed.

"Here's my check for just under $5,000," said Bo Ostrowski of Fairless Hills, Pennsylvania.

Neither does Jon Falsetti of Hamilton, New Jersey.

Solid Wood Cabinets claimed to offer guaranteed lowest prices and give a lifetime warranty on its products but on Friday, according to its website the entire chain shut down claiming in part Chinese tariffs and an anti-dumping issue as the cause.

"No, I don't. Everyone's dealing with it. They have to put that in their markup then and if they didn't, shame on them," he said.

"They shouldn't have been taking deposits when they know the doors were going to shut down anyway," he said.

His advice for consumers?

"It certainly would be great if they paid on credit card because then they should call their credit card company and file a claim saying that they never received their products," he explained.

Unfortunately, Ostrowski doesn't have that option but Falsetti said he's already taken steps to try to get his money back.