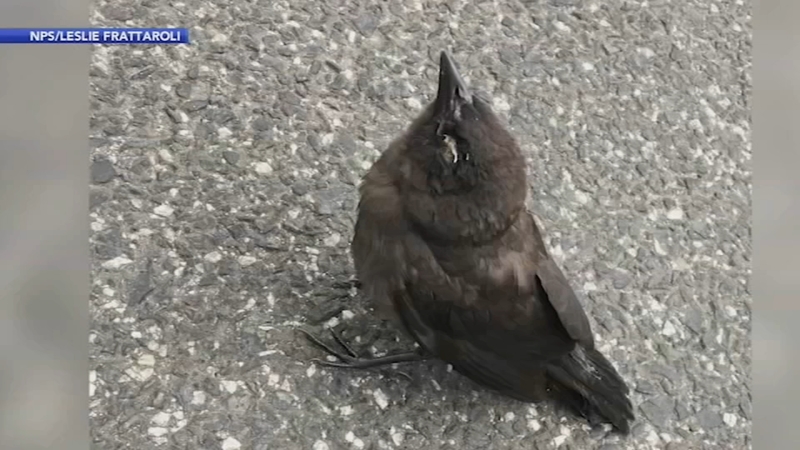 PHILADELPHIA (WPVI) -- A strange phenomenon is happening throughout several states, including Pennsylvania and Delaware.

Songbirds are showing up dead by the dozens, and it's all because of a mysterious illness.

It's believed to have started in Washington, D.C., but the first case was reported in Philadelphia last month.

According to Dr. Julie Ellis from the University of Pennsylvania's School of Veterinary Medicine, the contagious disease has a high mortality rate.

Other side effects include blindness and neurological damage, like tremors.

The state of Delaware also counted 50 reports, with the majority in New Castle County.

It's not clear what caused the outbreak, experts say. But they are looking to see if the return of cicadas is a factor.

The theory is the birds may have eaten the insects and absorbed whatever toxins were in them.

In the meantime, they're asking people to take down their bird feeders and take in their birdbaths to prevent the spread.