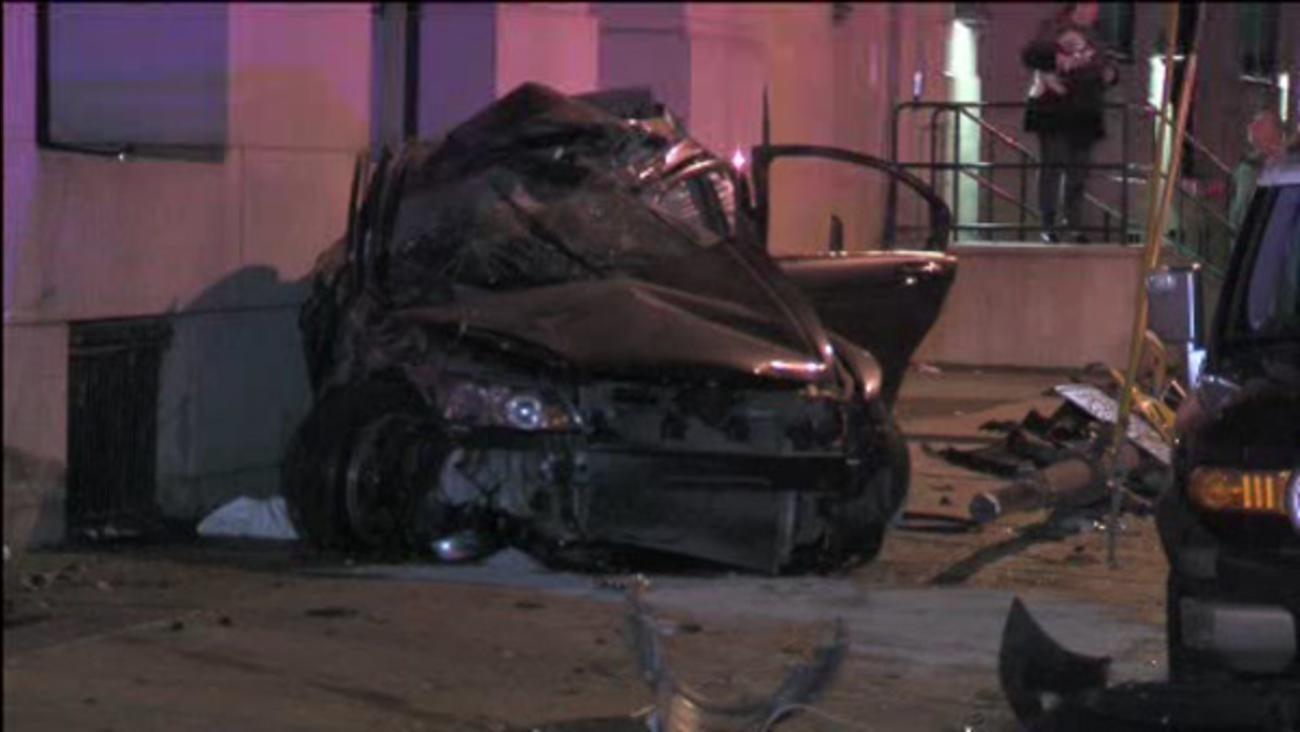 The crash happened at 1:35 a.m. Sunday at Broad Street and Washington Avenue.

Witnesses tell police that the driver of a 2010 Honda Accord, identified as Antwaine Devoe, 29, was traveling westbound on Washington Avenue when it struck a 2012 Kia on the front driver's side.

Police say the Kia was traveling southbound on Broad Street with a green light.

After knocking down a traffic pole and a fire hydrant, the Honda came to rest on the sidewalk.

Devoe was transported to Jefferson University Hospital, where he was pronounced dead hours later.

The 32-year-old driver of the Kia is in stable condition at Jefferson.