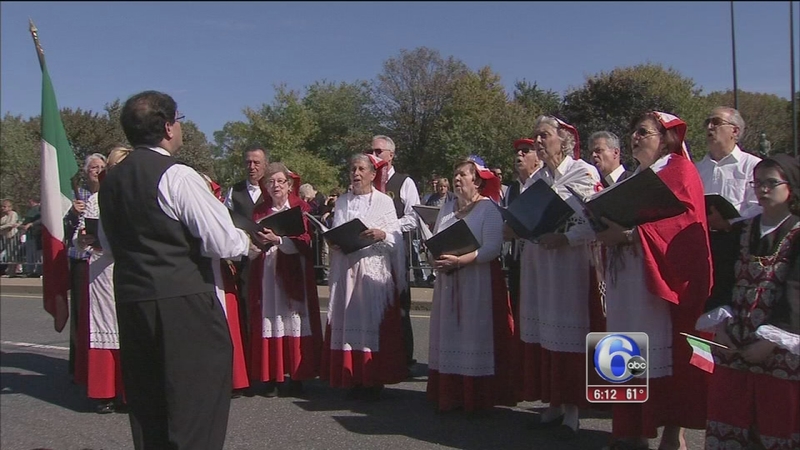 The music of string bands provided the soundtrack for Sunday's parade which marched down Broad Street from Moore to Oregon Avenue.

The parade was televised here on 6abc, with our own Alicia Vitarelli anchoring the broadcast. Actor Chazz Palminteri was the Grand Marshal.

"South Philly is a melting pot, and we just all get along together, it's a great place." said Jody DellaBarba, parade volunteer.

The parade was just the beginning of the festivities here in South Philadelphia. After the units marched near the telecast area, everyone moved over to Marconi's Plaza for the Italian American festival.

Many, both old and new, came out to see the festival because of its rich culture and electrifying performances.

The Italian food however, which showcased tasty delicacies from pasta to pizza to pork to pastries was clearly the star of this show.

"Italian people, their heritage. You can't beat it our food is the best." says Patty Maiellano, South Philadelphia native.

For many it's about more than the great atmosphere, and mouthwatering delicacies.

"It's just good because it's an art, it's just not about cooking, there's a lot of passion in their; the more time you spend in cooking and preparation the better the food is." says Luigi Lemme, Luigi and Giovanni's Catering.

Even traditional rivalries, like the Isgro's vs. Termini's great cannoli debate, were set aside to keep everyone well-fed.