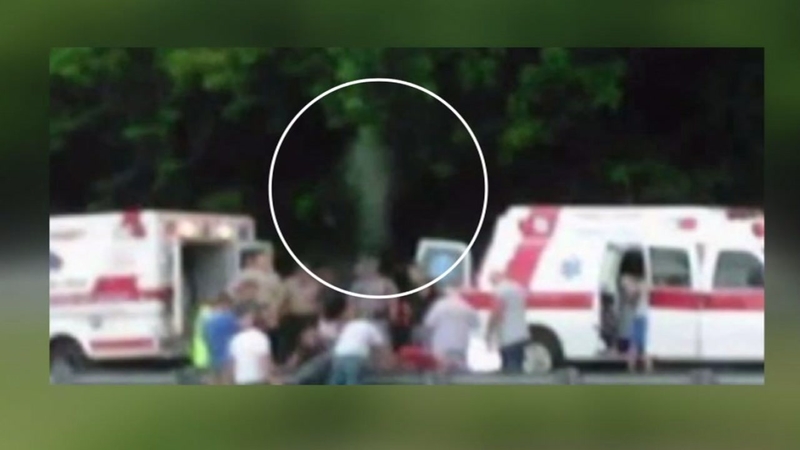 POWELL COUNTY, Kentucky -- A photograph taken at the scene of a fatal crash in Kentucky is getting plenty of attention because some say it appears to show a man's spirit leaving his body.

The photo was posted to Facebook by Saul Vazquez who just happened to be driving by in his truck.

The photo shows two ambulances with state troopers standing in between. There's a grey area above the troopers' heads that's shaped like the figure of a man.

Local media outlets report a motorcyclist involved in the crash later died at the hospital.

Vazquez says the image has not been altered in any way.