76ers, Celtics spar in opener but say it's too early to declare rivalry 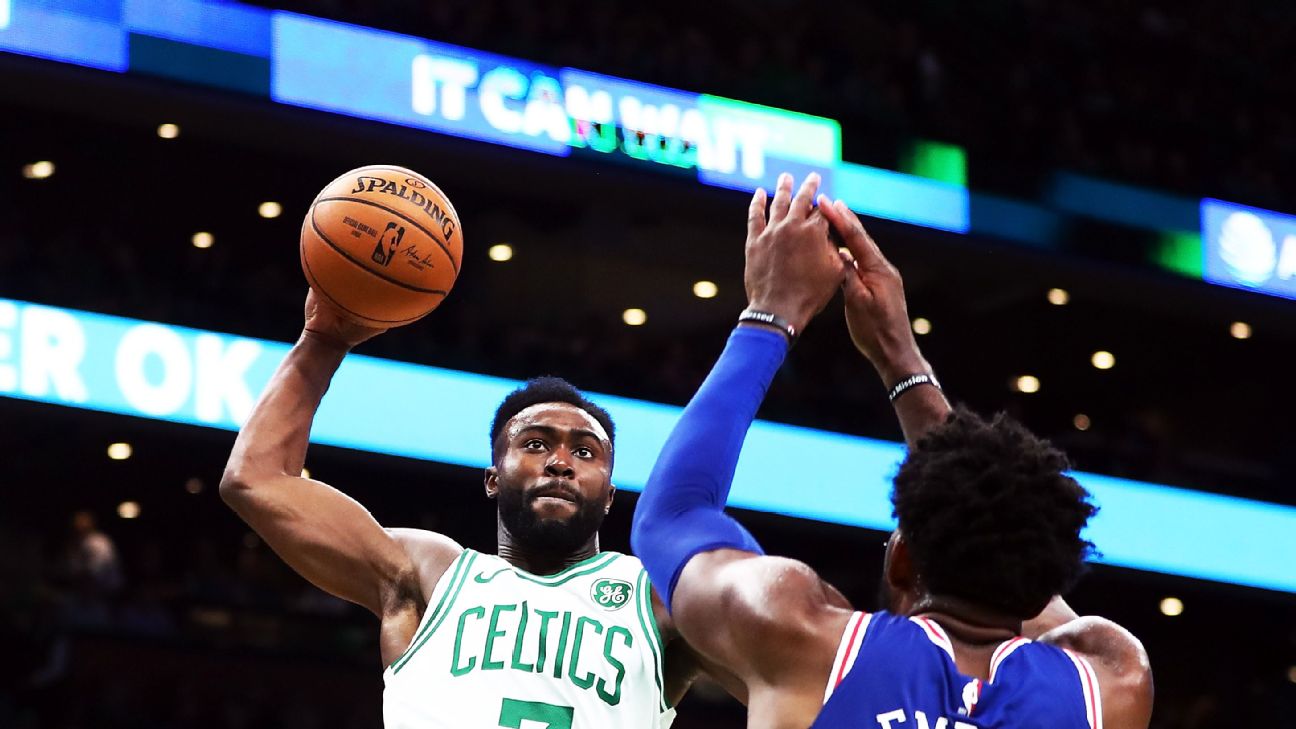 The exclamation point on the Celtics' 105-87 season-opening win over division rival Philadelphia came midway through the fourth quarter, when Jaylen Brown put his head down and drove hard to the basket.

Imposing big man Joel Embiid stepped into his path, and as Brown elevated to dunk, Embiid managed to paw the ball with both hands. Yet somehow the ball still rattled through.

Brown turned, then stared down the Sixers center. He might as well have pointed to the scoreboard too: 94-79 Celtics.

"He kinda blocked it, but I overpowered it into the basket."

"That wasn't a dunk. It was a block,'' Embiid countered. "I got it with two hands, and then he got a lucky roll. And it ended up going in. It was technically a block. I'm sure he knows that wasn't a dunk."

Both Brown and Embiid are too young to remember Moses Malone declaring "Fo', fo', fo'" or Larry Bird retorting "Moses eats s---," but once upon a time, the Sixers-Celtics rivalry was one of the most entertaining -- and intense -- matchups in the NBA.

There is reason to believe that there's another competition brewing between these two teams. Philadelphia has built its team around Embiid and Ben Simmons, who came within two assists of a triple-double on Tuesday. The Celtics counter with Kyrie Irving and Gordon Hayward.

Then there's the matter of a certain NBA draft in June 2017, when the Celtics dealt the Sixers their No. 1 pick in exchange for the No. 3 pick and a coveted future first-round draft pick.

Philly took Markelle Fultz, who missed most of last season with shoulder issues. Boston took Jayson Tatum, the player it wanted all along, who went on to be one of the most scintillating rookies in his class. On Tuesday at TD Garden, he matched Embiid's 23 points, plus nine rebounds and three assists.

After Boston's convincing win over Philly, neither team was willing to declare that an Atlantic Division border war was in session.

"This is not a rivalry,'' Embiid declared. "JJ [Redick] was mentioning to me earlier that we are something like 2-10 against them. Maybe other people consider that a rivalry, but I don't. ... We've got to find a way to beat them. They're even better this year, and we've got to match what they are doing before we can talk about rivalries.''

Brown said he wanted to dunk on Embiid to make up for the blocked shot the big man leveled on him earlier in the game when he was trying to score in transition. He said he and Embiid know each other, and there's respect there, but a rivalry?

"I think it's too early," Brown said. "We come out and play and do what we're supposed to do. It's more a rivalry between fans. Between us? They're just another team."

Pressed as to whether he really considers the Sixers, who are expected to vie with Boston for Eastern Conference supremacy, "just another team,'' Brown answered, "They've got a lot of talent over there, but they've also got a lot of hype. There are a bunch of teams in the East that are good -- maybe just as good or better than them.

"But I do like the intensity and the hype when we play them. I'll give you that.''

Newly minted Sixers general manager Elton Brand said he fondly recalls the days of Boston vs. Philly but conceded that his team has a way to go before it can hold up its end.

"I guess we could hang our hats on Dr. J and that group or my group that took Boston to Game 7, but we're not there yet,'' Brand said. "But it's going to be exciting. You see the talent we have and the talent they have, and it's not far off."

Embiid lamented an opportunity lost on Tuesday and admitted to ESPN that his mind was elsewhere. On the same date four years ago, Embiid's little brother, Arturo, was struck and killed by a car in his native Cameroon.

"It was tough playing on this day,'' Embiid said. "Concentration was a problem. It was hard for me. But it's basketball."

Embiid insisted that it would have been a hard day no matter whom the Sixers were playing.

Celtics-Sixers. Both teams claim there's nothing to it. 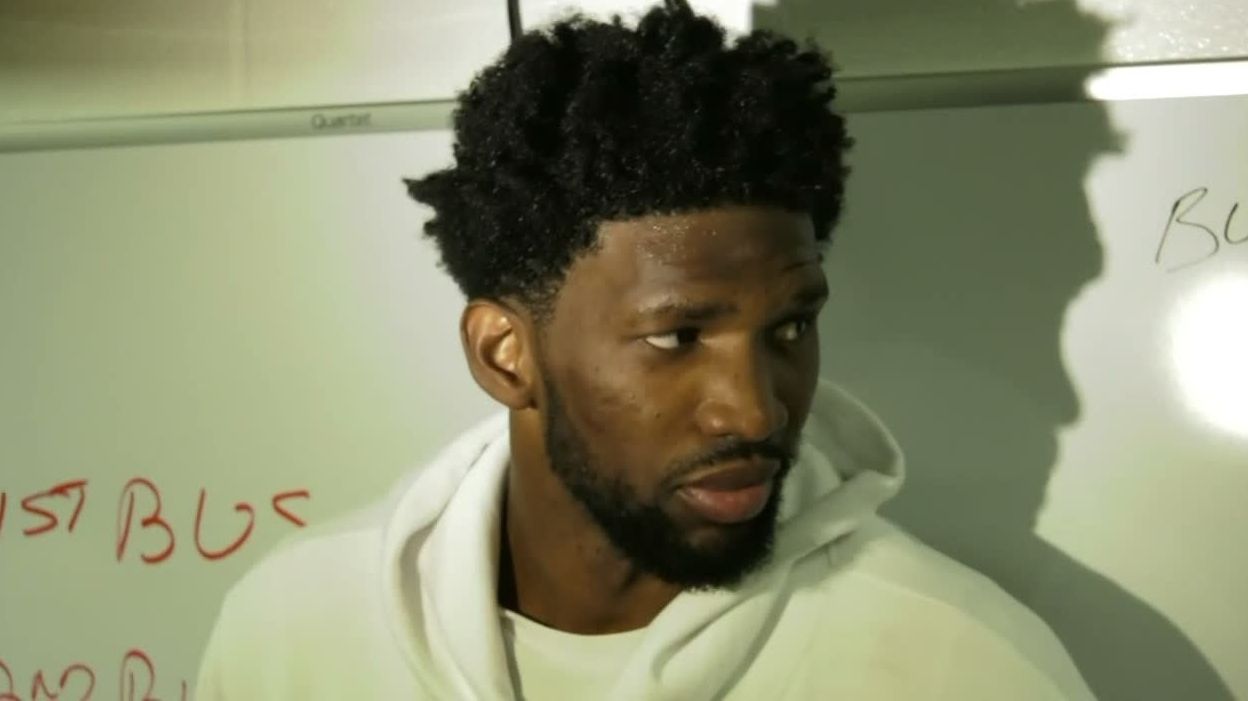