76ers' Joel Embiid: 'I just want to feel like an NBA player' 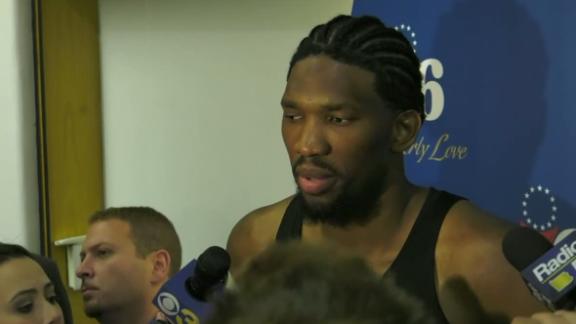 PHILADELPHIA -- Philadelphia 76ers center Joel Embiid said he has not been cleared to play back-to-back games and does not expect to be in the lineup Saturday at Toronto.

Embiid was in the starting lineup for the home opener Friday night against theBoston Celtics, scoring 11 points to go along with 14 rebounds in 28 minutes as Philadelphia lost 102-92.

Asked after Friday's game if he was OK with not playing Saturday night, Embiid replied, "Um I'm not OK with it but we have a plan in place and we have to follow it."

Embiid, the wildly talented and oft-injured 7-foot center, has yet to play in consecutive games over his brief NBA career. Embiid missed his first two seasons because of surgeries on his right foot and played only 31 games last season before he was shut down after surgery on his left knee.

The Sixers kept Embiid on a tight minutes restriction last season. Embiid was told his minutes in the season opener this week at Washington would be limited to the teens, but instead he had 18 points and 13 rebounds in 27 minutes.

Embiid said he expected to eventually play in both ends of one of Philadelphia's 14 sets of consecutive games (down from 18 last year).

Embiid is certainly paid like an NBA player -- more like an NBA superstar. Embiid, the No. 3 overall pick of the 2014 draft, signed a $148 million, five-year contract extension in the preseason.

There's little cause-and-effect in Embiid's situation; if he sits out one game, he doesn't get to play more minutes in the other.

"It doesn't work like that," Embiid said. "It's about how my body feels on the court. If I'm tired, I've got to get out."

Embiid has complained some about his use but said, "There's a plan in place, and that's what we're going to follow."

Does the former Kansas star feel ready to go in two straight?

The Sixers wanted Embiid to play around 20 minutes against the Celtics, a total he eclipsed for the second straight game.

"It's a fluid thing," coach Brett Brown said pregame. "It is a range more than it is a rigid number. I think we're going to have this conversation for a while."

Brown said he does not have final say in deciding Embiid's minutes total. Brown said before Embiid spoke that a decision on Saturday had not yet been made. The Sixers hired C. Daniel Medina Leal away from Spanish soccer team FC Barcelona and put him in charge of athlete care.

The Sixers have made Embiid the centerpiece of a lengthy rebuilding effort dubbed "The Process," and fan enthusiasm leading into the opener was as high as it has been since the Allen Iverson era.

The Wells Fargo Center was sold out, and fans tailgated in the parking lot hours before tipoff, giving it aPhiladelphia Eaglesfeel.

"I was like, 'What is this? Is this a football game,'" Embiid asked, laughing. "We've got something going. We've got to keep on going and win some games."

Philly won't win many without Embiid.

Embiid's career has been riddled with injuries dating to his college career at Kansas and all three seasons with the Sixers. Embiid played only 31 games last season and had minor surgery in March to repair a torn meniscus in his knee. He averaged 20.2 points and 7.8 rebounds per game last season.

"I want to get in there and jump in the stands and dive for every loose ball," Embiid said. 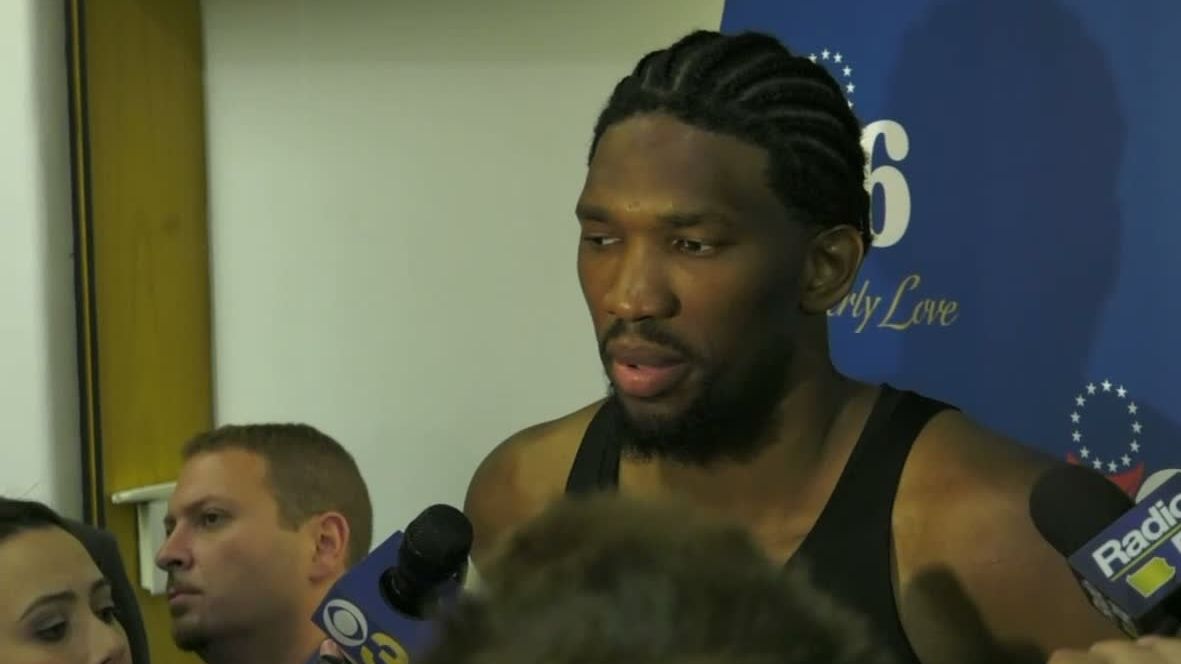 Embiid credits Kyrie, Celtics
After the 76ers' loss to the Celtics, Joel Embiid tells reporters that the Sixers lost control in the fourth quarter, saying that especially with Kyrie Irving on the opposing team it's tough to come back from behind.