76ers' Markelle Fultz out until he sees shoulder specialist next week 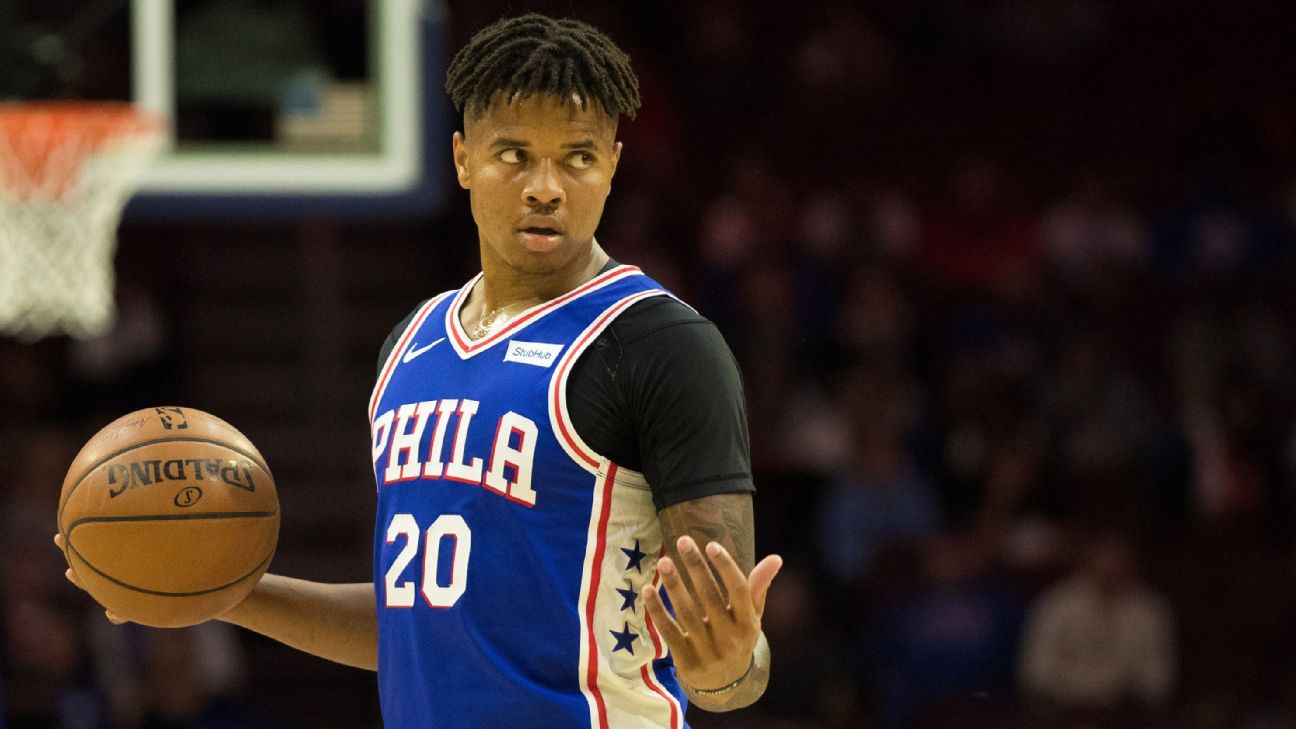 Philadelphia 76ers guard Markelle Fultz, the No. 1 overall pick in the 2017 draft, is scheduled to see a shoulder specialist early next week at the direction of his agent, Raymond Brothers.

Brothers confirmed to ESPN that Fultz will not participate in team practices or games until after the specialist has evaluated him.

Sixers coach Brett Brown and general manager Elton Brand said they weren't aware of any issues with Fultz prior to Brand receiving a call from Brothers on Tuesday morning, saying that the 20-year-old guard would not be playing until at least next week.

"There's nothing we saw medically that didn't allow him to play," Brand told reporters after the team practiced at its Camden, New Jersey, facility Tuesday afternoon. "He played last night. He played two days ago.

"Ever since Jimmy Butler came [last week] and [Fultz] wasn't starting, I thought he played pretty well. I was proud of him the way he bounced back from a lot of things."

Brand also seemed bemused as to why Fultz couldn't have an appointment take place sometime before next week.

"I don't know how long he's going to be out," Brand said. "I know Monday is the consultation. I asked, 'Why Monday?' He said, 'It was the best day they could get an appointment.'

"I thought they might move it up for him," Brand added with a smile, "but I guess not. So Monday is the appointment, and after that we'll know more."

Since the start of last season, Fultz has been dogged by issues with his shooting form that have confounded the Sixers and led to many examinations of his right shoulder.

While recovering from an initial right shoulder injury in October 2017, Fultz was diagnosed with a scapular imbalance. He wound up sitting out all but 14 regular-season games and three postseason contests because of the shoulder issues and never looked comfortable with his shot.

Those issues have carried over to this season. Fultz spent the offseason working out with trainer Drew Hanlen -- who works with teammate Joel Embiid, among many other NBA players -- but the same issues with his shooting form have followed him this season. Hanlen and Fultz have since had a falling out.

Fultz played seven minutes during Monday's win over Phoenix and was benched in favor of T.J. McConnell, who served as the Sixers' backup point guard. After the game, Brown said he didn't know whether Fultz or McConnell would be his backup point guard moving forward.

"It's kind of the first real sort of red-flag-type news," Brown said Tuesday. "I played him 20-something minutes four days ago, and I thought he played OK. In fact, I thought he did well. I think he's having a good year. It's one of those things, last night the gym was flat, we needed some energy and I went with T.J. You all know and I know, that's what he does. It was an injection.

"It wasn't a result of anything Markelle did. We needed a jolt and [McConnell] gave it to us, as none of us would be surprised to see him do. So this news about [Fultz's] shoulder, it did catch me off guard. But if it's that real, that he needs to go seek further sort of consultation, then we support him.

"In my eyes, it's not complicated. If that's what it is, then we'll support him."

Brown had inserted Fultz into his starting lineup at the start of the regular season, despite Philadelphia's starting five ofBen Simmons, JJ Redick, Robert Covington, Dario Saric and Embiid being among the NBA's best last season. Soon after, Brown said Redick would start the second halves of games, and Fultz would remain in the starting five at the beginning of games.

Once the Butler trade was consummated last week -- sending Covington and Saric to Minnesota -- the Sixers had a lineup with three ball-dominant stars (Simmons, Butler and Embiid) and a lack of spacing. So Brown returned Redick to the starting unit to give Philadelphia some much-needed shooting.

Now it's unclear when Fultz will play again.

"The timing is what it is," Brand said of Brothers' decision coming after Fultz was benched for the second half Monday night. "I can't say there's a direct correlation. I don't want to speculate. That's unfair to him. But I got the call this morning, and I let Coach Brown know, and let my staff know."

Prior to the 2017 NBA draft, then-Sixers president Bryan Colangelo sent Philadelphia's No. 3 overall pick to the Boston Celtics in exchange for the No. 1 pick, which was used to select Fultz. Boston selected Jayson Tatum with the No. 3 pick.

"I wouldn't say discouraging," Brand said of the Fultz news. "It's part of the job. It's what I signed up for.

"We're trending in the right way, we've won three in a row, we pulled off a great Jimmy Butler trade. ... I wouldn't classify this as that discouraging." 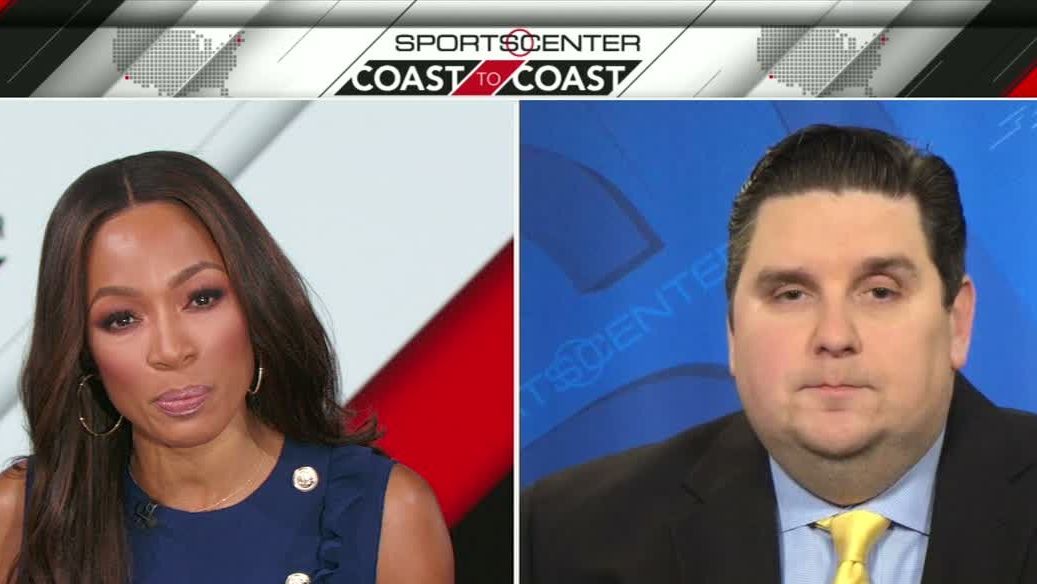