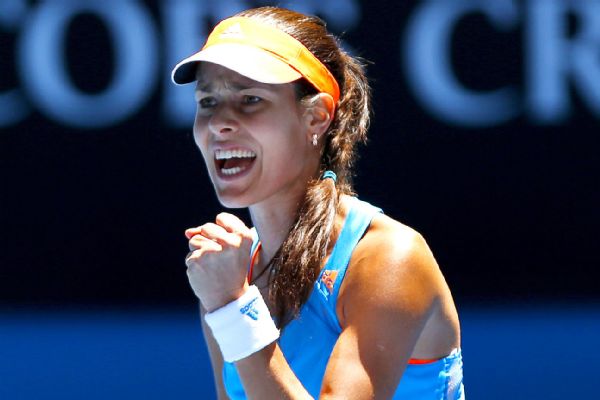 The 29-year-old Ivanovic made her statement on Facebook Live, saying it was a difficult decision, but that there is so much to celebrate after a successful career.

"Seeing those highs in any professional sport requires top physical form, and it's well-known I have been hampered by injuries," she said. "I can only play if it's up to my own high standards, and I cannot. ... All I can say is that I have lived my dreams, and I really hope to help others do so as well."

This past July, Ivanovic married Manchester United soccer star Bastian Schweinsteiger. In her announcement, Ivanovic said she was now going to embark on fashion and beauty endeavors.

Ivanovic, who won her lone Grand Slam title at the 2008 French Open, spent a total of 12 weeks atop the WTA ranking that season, but in the subsequent eight years, she reached the top 10 only once.

In 2016, she failed to win a single match from Wimbledon through the US Open and cut her season short because of recurring wrist and toe injuries. She finished the year ranked No. 65.

Growing up in war-ravaged Belgrade, Serbia, Ivanovic rose to prominence with countrywoman Jelena Jankovic. The duo, alongside men's world No. 2 Novak Djokovic, used abandoned swimming pools to learn the game and train.

The violent conflicts in the Balkan region often meant Ivanovic was forced to quickly leave her practice sessions and seek shelter. In a 2012 biography, Ivanovic said, "I could feel the building and windows shaking. I was so scared."

Still, Ivanovic quickly became a hard-hitting prodigy, and as a qualifier at age 17 in 2005, she won her first career singles title, in Canberra, Australia. Ivanovic continued to rise through the ranks in the upcoming years. In 2007, she reached the French Open final and entered the top 10 for the first time. The next season, she ran through the Australian Open field, including a win against Venus Williams, before falling to Maria Sharapova in the final.

But her finest season came in 2008, when she beat Russian Dinara Safina in the final of Roland Garros, becoming the first Serbian woman to capture a Grand Slam title.

"I began dreaming about tennis at age 5, when I saw Monica Seles play on TV," Ivanovic said. "My dear parents backed me all the way. I have seen the highs I never dreamed of achieving. I played so many memorable matches. I'd say not so bad for a girl from Serbia."

Ivanovic won 15 titles in 14 seasons on tour and amassed more than $15 million in earnings.