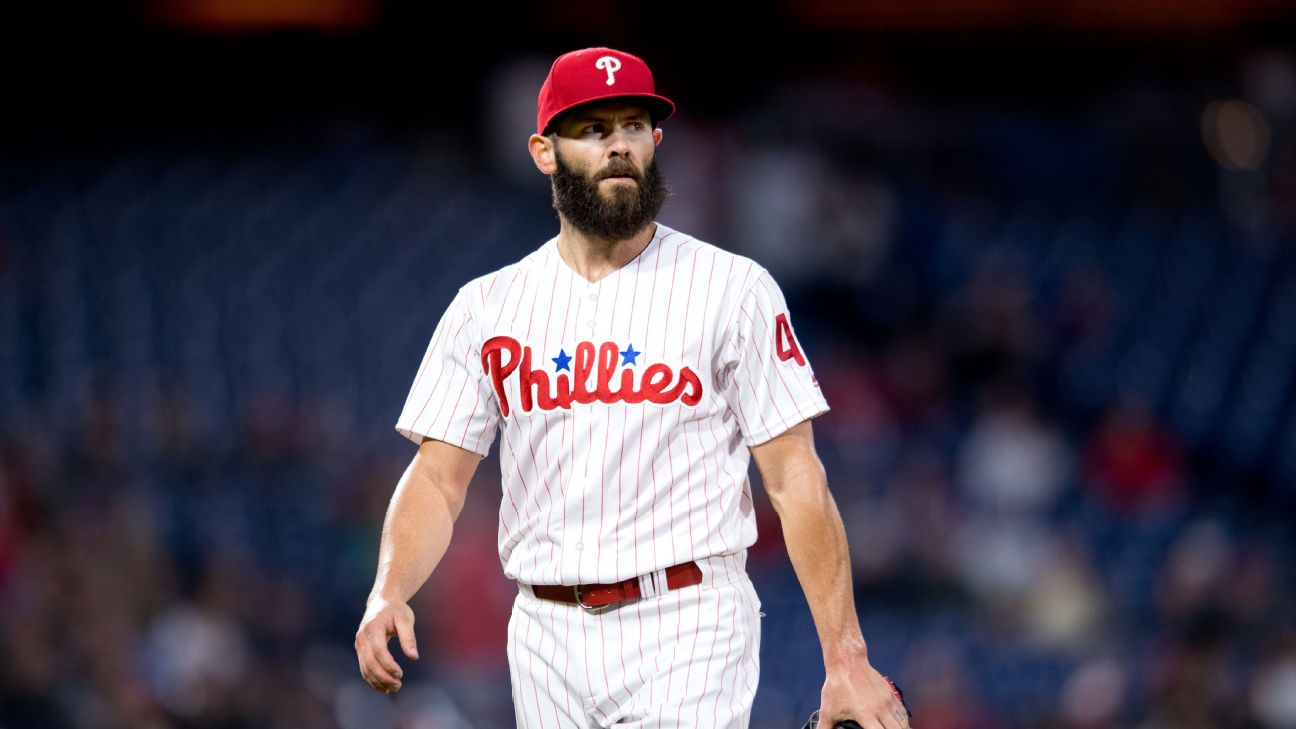 Philadelphia Phillies starter Jake Arrieta says he hopes to have a conversation with the team in the coming days to decide whether he needs to rest to take care of a bone spur in his elbow.

"I don't necessarily want to make a decision right now," Arrieta told NBC Sports' Jim Salisbury on Sunday night. "We'll have the off day Monday and maybe have a conversation on Tuesday."

The plan had been for Arrieta to pitch through the injury, with manager Gabe Kapler saying last month, "It's always worth considering if Jake at 85 percent of himself is a better option than what we have at Triple-A."

Arrieta -- who has a 5.02 ERA in his last 10 starts with a .302 opponents' average -- has not made it through the sixth inning of a start since June and said Sunday that his elbow "hurts every day."

Arrieta, a 33-year-old right-hander, will be a free agent after the 2020 season. Suffering an injury to the elbow ligament through repeated outings with the bone spur would have big impact on his free agency.

Arrieta has one year left on his three-year deal with the Phillies that will pay him $20 million next season. He could also opt out of his contract this fall. If he does that, the Phillies will have the choice of voiding the opt-out by guaranteeing $20 million in salary for 2021 and 2022 -- leaving him three years at $60 million for 2020 through 2022.
Report a correction or typo
Related topics:
sportsespnmlbjake arrietaphiladelphia phillies
Copyright © 2021 ESPN Internet Ventures. All rights reserved.
More Videos
From CNN Newsource affiliates
TOP STORIES