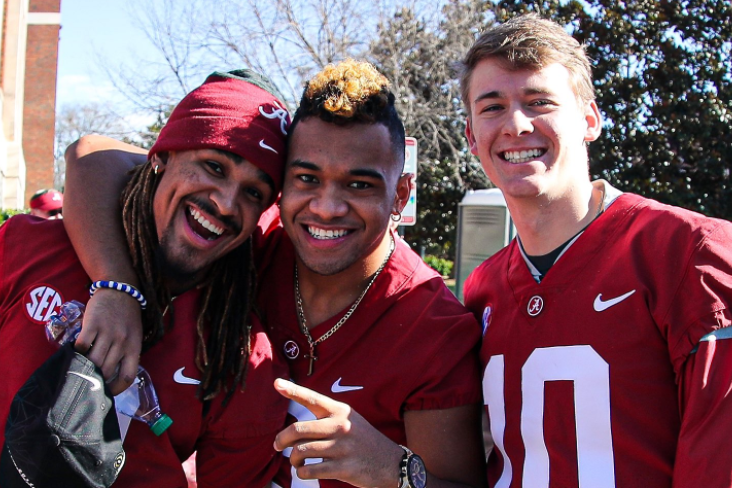 "They're just a bunch of game-managers," they said.


Well, the universal "they" will at least have to bite their tongue in Week 1 of the NFL season becauseMac Jones,Tua TagovailoaandJalen Hurtswill all be under center as the starting quarterbacks for the New England Patriots, Miami Dolphins and Philadelphia Eagles respectively.

For those of you not well-versed in the college football world -- that's three-fourths of the 2018 Alabama QB room (Layne Hatcher is now the starting quarterback at Arkansas State). The phrase "Roll Tide" comes to mind.

Baltimore Ravenscornerback and former Crimson Tide and Hoover high school standout (remember MTV's "Two-A-Days"?)Marlon Humphreyused the news of the three newly minted QB1s to send a message to recruits ... on the off chance they needed more convincing to join the 18-time national champions.


To make things even more Bama-centric, Week 1 will pit two of the aforementioned quarterbacks against one another as Tagovailoa faces off with his Alabama successor, Jones, when theDolphinstake on thePatriotsin Foxborough, Massachusetts. Hurts'Eagleswill travel to Atlanta to play the Falcons.

Jones, who was the fifth QB selected in the 2021 NFL draft, was announced as the Patriots' Week 1 starter on Tuesday after a strong preseason -- a move that coincided with New England's decision to release 2015 MVP Cam Newton.

In the last 39 seasons, no quarterback drafted out of Alabama has won more than seven starts in a single year. If Jones, Tagovailoa and Hurts have anything to say about it, this season could bring a nice change of pace. 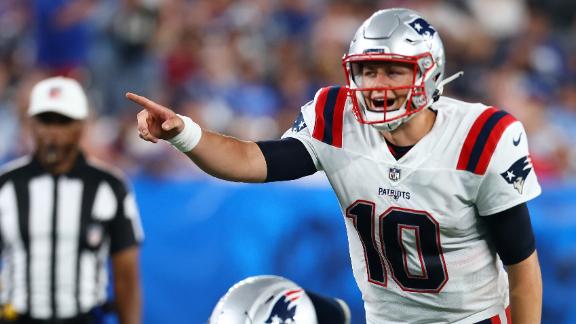