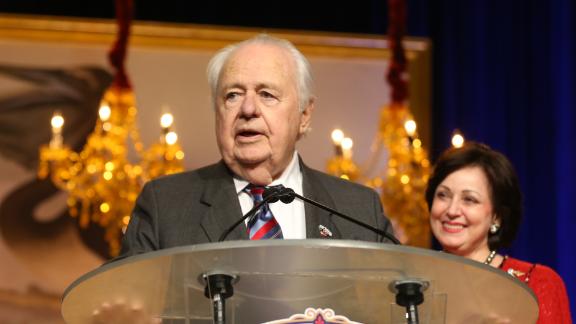 New Orleans Saints andPelicansowner Tom Benson talked at length for the first time Tuesday about both the difficult decisionshe's had to make by ousting his former heirs from the family business and the significant changes being made to the Saints' roster.

Benson said he feels "very strong" about the state of both franchises during an interview with NOLA.com | The Times-Picayune and The New Orleans Advocate at the NFL owners meetings in Phoenix.

Benson, 87, has been in a bitter legal battle with his daughter, Renee Benson, and grandchildren Rita LeBlanc and Ryan LeBlanc, who challenged his mental competence after he announced plans to transfer ownership of his business empire to his wife, Gayle, in the event of his death.

Benson said Gayle, his wife of the past 10 years, has been sitting in on more league meetings than ever before -- including one Tuesday when she was allowed to join Benson, general manager Mickey Loomis and coach Sean Payton in a session that is normally limited to just three per club.

"She's been very active with us now. It wasn't planned that way, but things happened," Benson said. "We've got to get her prepared so she can take my place someday.

"But not too soon, though."

Benson stood firmly by his decision to shut out his former heirs, although he didn't get too specific about his reasons for doing so. (Various court filings, statements and reports have pointed to Benson's growing concern about their ability to manage the organizations, as well as the growing discord between them and Gayle.)

"You know in life, you're going to have a lot of problems," Benson said. "Everybody's got problems. Some is worse than others. Some is sickness. Some, like me, you've got problems that you don't like that come up. But you've got to handle them.

Although Benson's jilted heirs have questioned Gayle Benson's lack of experience and success in her former interior design business, Tom Benson pointed to that history as a plus.

"We got married about 10 years ago and before that she was in business. So it's nothing new to her. It's not like somebody who was never in business. She knows the difference. You've got to make a profit against a loss," Benson said, before adding with a laugh: "And you got to have a good relationship with the media, too."

Benson said he's pleased with the way everyone within both organizations has embraced Gayle as the future owner and the cohesion he feels is in place from the general manager to the coach to the PR guy.

"I've had a lot of different companies," Benson said. "I've been in banking and automobiles and real estate and a lot of things. But you've got to have people working together. If you don't have that, especially in top executives, if they don't work together then it creeps down to the rest of the (business). Today, I feel very strong."

Benson has stressed that the plan with Gayle in charge would be to keep running things the way they're set up now -- with a mostly hands-off ownership that allows the bulk of the football and basketball decisions to be handled by Loomis (an executive vice president for both franchises), as well as Payton on the football side.

As for the actual football decisions being made during an offseason that has been tumultuous in its own right, Benson said he has been on board with the major roster changes -- including the trade of star tight end Jimmy Graham to the Seattle Seahawks -- because he agreed that change was needed after a 7-9 season.

"Boy we've made some (moves), haven't we?," Benson said. "It seems like Mickey is in my office everyday telling me about something. But we really are determined to have a good football team. When you do that, sometimes it's necessary to make some changes. So that's what's behind all of this."

Benson compared the Saints' current situation to when Payton first arrived in 2006.

"We had a lot of moves going on (in 2006)," Benson said. "Sometimes it frightened me a little bit. But I'm the type who gives the guy a job and gives him the responsibility and goes with it. If it doesn't work out, we got to get somebody else.

"But in both cases, Mickey and the coach have a good relationship. The coach doesn't go flying off in left field. Mickey doesn't make changes without talking to the coach, too. ...

"What happens to a club, you've seen some clubs that have done real well after years and then they went down. They didn't make any changes. That's what started them down."

Benson said it's not easy on a personal level to fire people (as the Saints have done with assistant coaches, players and their former college scouting director this offseason). But he said sometimes it's necessary.

Benson said he told Loomis and Payton that he'd especially like to get back to the Super Bowl this season since it's scheduled to be played in San Francisco -- home to the 49ers, who served as the Saints' longtime nemesis when they were in the NFC West together during San Francisco's heyday in the 1980s and 1990s.

"Nothing I'd like better than to go out there and be in the Super Bowl," Benson said.

In other developments Tuesday, a niece of Benson's disputed a report that a confrontation between his wife and Rita LeBlanc grew physical in December.

The niece, Denise Benson, told The New Orleans Advocate that she witnessed the incident, which took place in the Mercedes-Benz Superdome before a Saints game in December. But she said she did not see LeBlanc forcefully grab or shake Gayle Benson -- as other unnamed sources had described to NOLA.com | The Times-Picayune last month.

"All I got at stake in this is my family," Denise Benson told the Advocate. "The whole thing is just very unfortunate. I'm sad, and I'm in shock."