Cubs' Anthony Rizzo reaches out to boy attacked at school 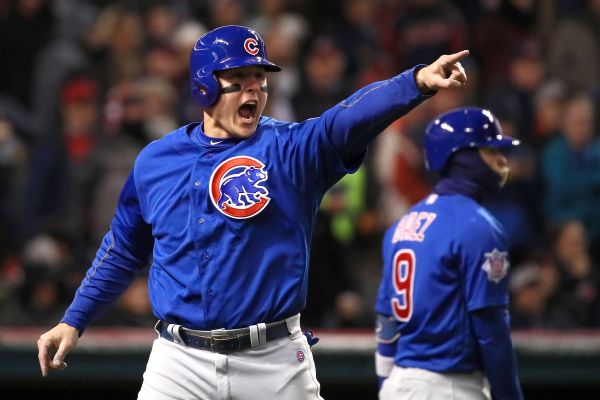 CHICAGO -- Children at a suburban Chicago school are wearing Cubbie blue in support of a classmate who was severely beaten, and Cubs star Anthony Rizzo is inviting the boy to Wrigley Field when he gets better.

Rizzo tweeted his invitation to 12-year-old Henry Sembdner to watch batting practice and a game, saying he'd heard the seventh-grader was a Cubs fan.

He suffered facial fractures and other injuries. He was placed in a medically induced coma and was using a breathing tube, but school officials said on Monday that the tube was removed, he was breathing on his own and was improving.

The boy remained in the hospital over the weekend, but his mother, Karen Sembdner, tweeted that he was released Tuesday night.

Police say their investigation is continuing to determine whether the other boy should face criminal charges.