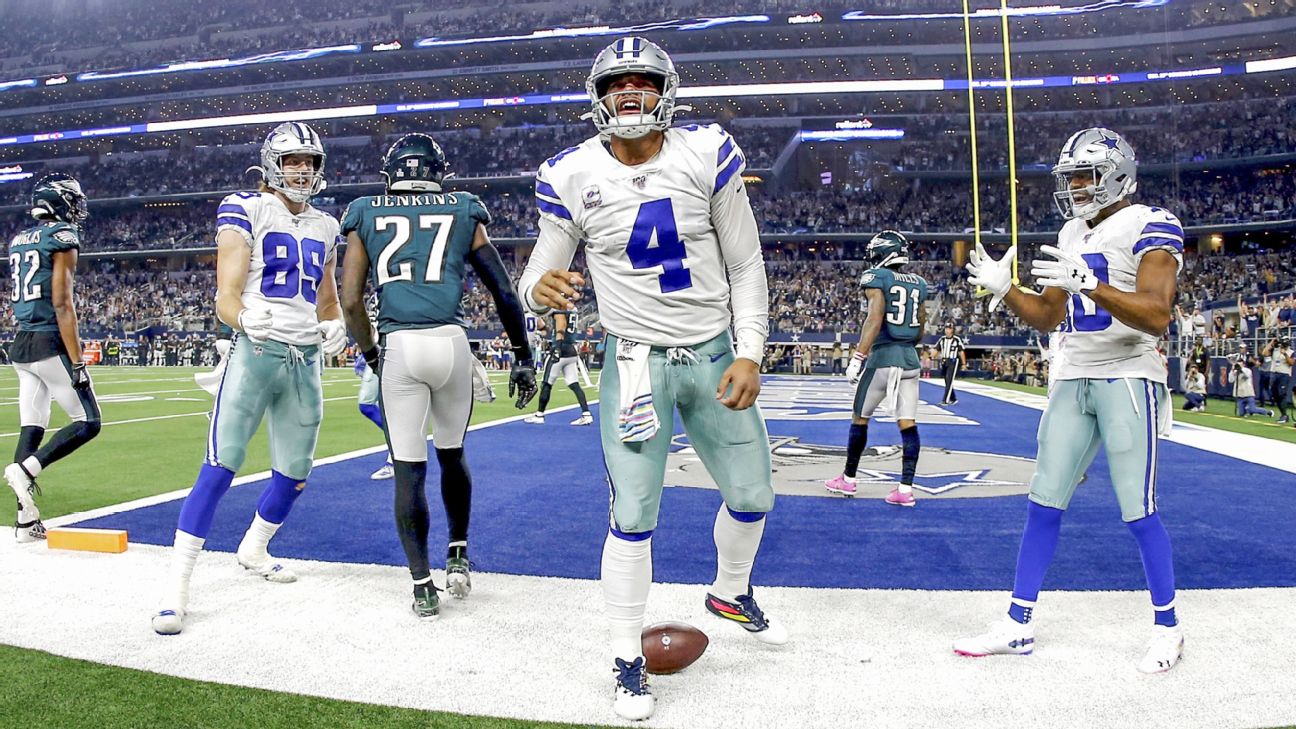 The NFC East: It's pretty bad! Not much of a marketing slogan, but true nonetheless. The four division teams have a combined record of 20-36 this season.

The big-ticket game of the season -- Sunday's matchup between the Philadelphia Eagles and Dallas Cowboys at Lincoln Financial Field (4:25 p.m. ET, Fox) -- features a pair of 7-7 teams that are in position to claim the division crown despite their best efforts.

A Cowboys win on Sunday gives them the NFC East title no matter what happens in Week 17, meaning the division could have an 8-8 winner for the first time in its history.

Bad enough for the idea of playoff reseeding to be brought up, even if it was never seriously considered by the NFL.

Since the 1970 merger, only two NFC East champions have finished with fewer than 10 wins (excluding the 1982 strike-shortened season): the 2011New York Giants and the 2015 Washington Redskins. The good news? Those 2011 Giants went on to beat the New England Patriotsin Super Bowl XLVI. Records and sins get wiped clean once the playoffs start: It doesn't matter how you get in, just that you get in.

So, who will climb to the top of the (mole)hill? ESPN's Cowboys reporter Todd Archer and Eagles reporter Tim McManus compare scars to see which team is worse off.

Cowboys:Dallas signed Ezekiel Elliott, 24, to the richest deal in NFL history for a running back with $55 million of a $90 million deal guaranteed. Elliott had five 100-yard games in the first half of the season. It has not been a vintage Elliott season. He has three runs of more than 20 yards all season. The Cowboys' Week 15 win against the Los Angeles Rams might have been Elliott's best game (117 rushing yards and two TDs), but for the most part, he has not looked as explosive as he had earlier in his career. And the blocking has not been as effective, either. Circumstances within the Cowboys' games have led to lower productivity, as well. Because the defense has not been able to get consistent stops, the Cowboys have been down two or three scores, requiring them to throw more. For those who believe you don't pay a running back big money, Elliott's season can be used as an example, but the running back can't take all to blame. But if you watched Sunday's victory, you saw how important Elliott is to the Cowboys' success.

Eagles: The expectations understandably went up for quarterbackCarson Wentz when he inked a four-year, $128 million extension this offseason. Nobody envisioned a healthy Wentz carrying a 7-7 starting record into Week 16 or being ranked 28th in yards per attempt (6.51). He has fumbled 14 times -- second most in the NFL behind the Giants'Daniel Jones -- and he had arguably the worst performance of his career in late November when he turned the ball over four times in a Week 12 home lossto theSeattle Seahawks. But Wentz has since found his mojo. He has led the Eagles to comeback wins against the Giants and the Redskins, despite all three of his original starting wide receivers (Alshon Jeffery, DeSean JacksonandNelson Agholor) being sidelined by injuries. He went 10-for-10 in the fourth quarter against Washington on Sunday with two touchdowns, including a game winner to Greg Ward Jr. with 41 seconds left. Wentz is back to his magic-creating ways (see: his laser TD pass to Miles Sanders in the third quarter on Sunday) and is beginning to develop into a closer.

Cowboys: The Dallas defense is in the top 10 in terms of yards allowed (323.6 per game) and in the top half in terms of points allowed per game (20.6). It is proof that stats can lie. The unit has not taken the ball away enough and has not affected the passer enough. Defensive endDeMarcus Lawrence signed the biggest deal in franchise history in terms of average salary per year ($21 million) and guaranteed money ($65 million), but he has not gotten to the quarterback enough (five sacks). LinebackerJaylon Smith signed a $64 million extension before the season started, but he has been a disappointment even if he leads the team in tackles. LinebackerLeighton Vander Esch has missed the past four games with a neck injury, but he was not as productive as he had been as a rookie in 2018. With the defensive players struggling, the scheme has struggled. This is not a scheme that is difficult to figure out, and the only answer from the coaches is to work harder.

Eagles: With all due respect to Dallas' struggles, Todd, nothing screams rock bottom like giving up 37 points to the stripped-down Miami Dolphins, as the Eagles did to open the month of December. The defense's worst outing prior to that? Thinking, thinking ... oh right, it came during a 37-10 lossin Dallas on Oct. 20. Cowboys receiverAmari Cooper had five catches for 105 yards in that game. Slowing down top-end receivers has been a serious issue for this Eagles' defense, which has been on the wrong end of 10 different 100-yard receiving performances so far this season. The Eagles have allowed 14 pass plays of 40-plus yards, tied for second most in the league. It's an area that they have struggled to clean up -- and one the Cowboys can exploit on Sunday.

Cowboys: The Cowboys have invested big-time draft picks and big-time money in their offensive line since 2011 in Tyron Smith, Travis Frederick, Zack Martin and La'el Collins. While Smith, Frederick and Martin could all be named to the Pro Bowl, they all have had better seasons. Smith and Martin have battled numerous injuries. Frederick has acknowledged he has to play better. Collins has been the Cowboys' best linemen from the start of the season after he signed a $50 million extension. Connor Williams, a 2018 second-round pick, was playing OK before his season ended because of a knee injury. The pass protection has been much better than it was in 2018, but before the win against the Rams, the run blocking had not been good enough.

Eagles: The Eagles' offensive front has held up for the most part, but the skill positions are a whole other story. Fans had visions of deep bombs from Wentz to Jackson dancing in their heads this summer, and they got a taste of that in Week 1 when the pair connected for a brace of 50-yard TDs against Washington in the season opener. But it proved to be just a tease. Jackson suffered a core-muscle injury the following week and eventually landed on the injured reserve list. Jeffery joined him this month because of a Lisfranc injury that required surgery. Prior to that, the chemistry between Wentz and Jeffery (and Wentz and Agholor, for that matter) was plain poor. The passing game has been a struggle all season long, and now Wentz is working with a receiver trio of Ward, JJ Arcega-Whiteside and Rob Davis, who have a combined 27 career catches between them.

Cowboys: It sure seems to be a foregone conclusion that Jason Garrett is in his final moments as coach. Fighting for an NFC East title as a .500 team was not what was expected when the 2019 season began. Garrett has managed to survive over the years when his job has been called into question, but this appears to be his last stand. Cowboys owner and general manager Jerry Jones has questioned Garrett and the coaching staff publicly, and he has talked around -- if not about -- potential replacements. The relationship is at a point where both sides might benefit from a change. Jones believes in the strength of the Cowboys' roster, so a new coach would not have much of a grace period. There will be an expectation of winning sooner than later.

Eagles: Doug Pederson delivered the franchise its first Super Bowl title in 2017. That buys you a down season or two. His assistants, though, can't be feeling as comfortable. Offensive coordinator Mike Groh hasn't experienced the same level of success as his predecessor, Frank Reich. There are plenty of variables that factor into that, and Pederson calls the plays, but a staff shakeup seems probable following what is projecting to be a disappointing season. Could defensive coordinator Jim Schwartz be in trouble? He was part of that Super Bowl team, and Schwartz has been an asset for the organization overall, but the troubles on defense this season are sure to leave a sour taste barring a strong finish.

Cowboys: On the outside, the Cowboys appear to be a team that can win immediately. They will not lose quarterbackDak Prescott in free agency, and it is doubtful they will lose Cooper. They will have some financial decisions to make, but there will be ample salary-cap space. The Cowboys need the players they counted on to have big seasons -- such as Elliott, Lawrence, Smith, Vander Esch and those on the offensive line -- to revert to their former forms. They will need to remake the defensive line and potentially the secondary. The production from the 2019 draft class has been minimal, but the personnel department has had more hits than misses in the draft, as well as in free agency, over the past five years. Dallas will need more hits in the upcoming season, none greater than at coach, in all likelihood. There is talent. There is ability. The team might just need a reset -- even if the Cowboys win the division.

Eagles: The Eagles are showing their age. They entered the season as the third-oldest team in the NFL, with eight of the original starters 30-plus years of age and four more who were 29 years old. They assembled a veteran-laden roster in hopes of making a championship charge, but the Eagles have felt the negative effects of that gamble, with team speed and health holding them back. They have received a jolt from young players such as Sanders, Ward and Boston Scott in recent weeks. It is clear that a youth movement was necessary to salvage this season, and it's needed in greater doses this offseason to put the Eagles in a good position moving forward. 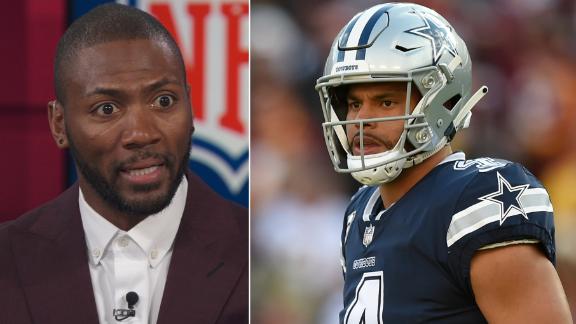 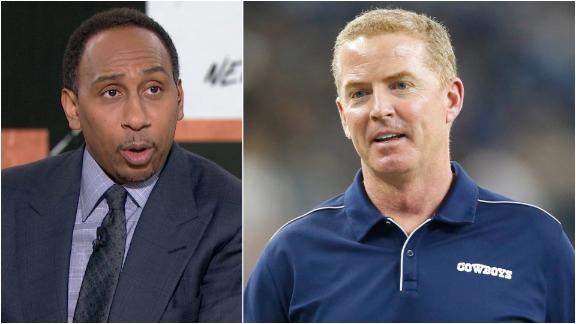 Stephen A.: Cowboys' win is an indictment of Garrett
Stephen A. Smith contends that Jason Garrett and the Cowboys showing up against the Rams makes their losses against weaker opponents look worse. 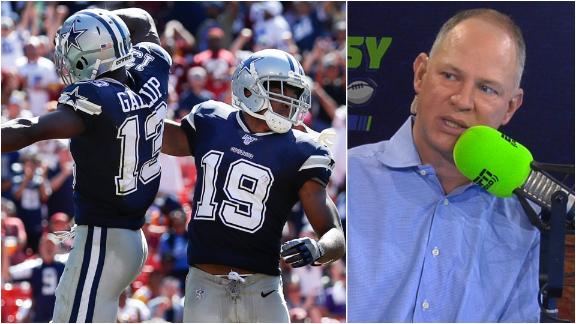