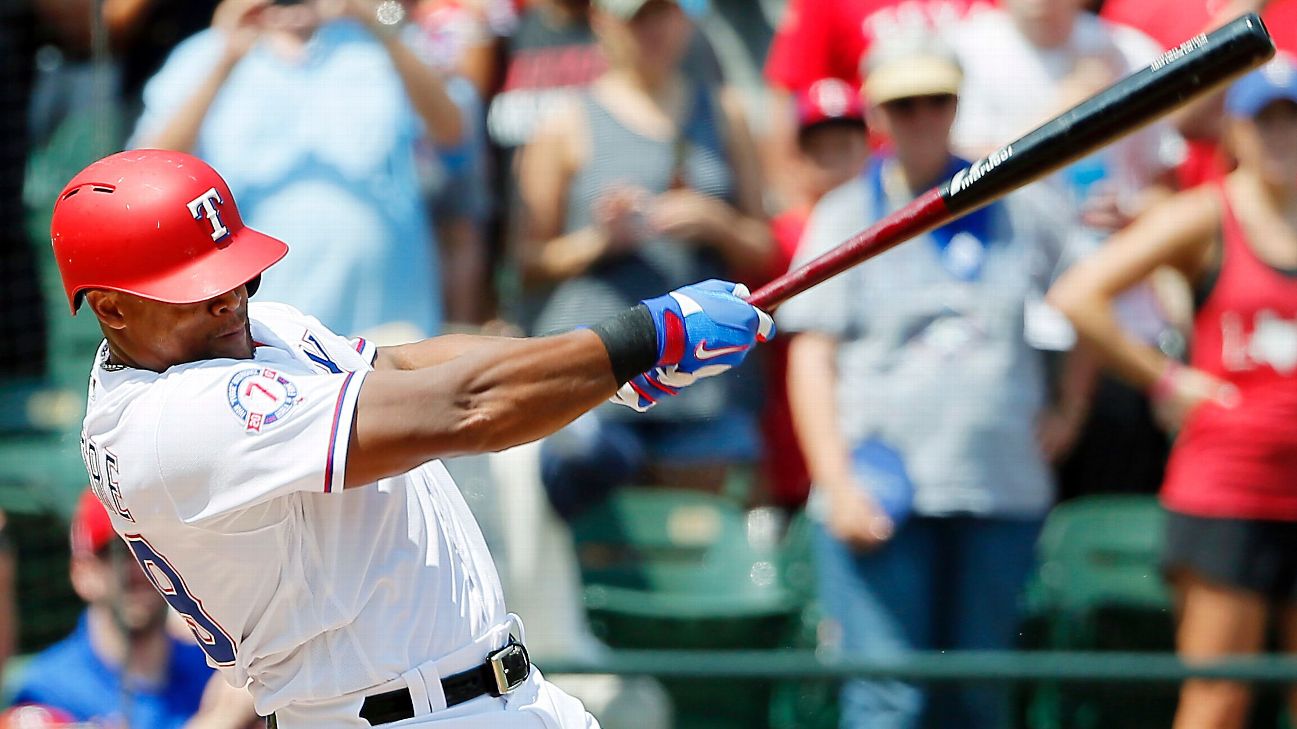 It has been the perfect storm for a busy month of trades -- there are 11 National League teams in reasonable playoff contention, with the second-best and seventh-best teams separated by just 5 games -- and as we head into the final hours before Tuesday's 4 p.m. ET non-waiver deadline, we've already seen plenty of action over the past couple of weeks. We had a flurry of deals on Monday, including the Houston Astros' controversial acquisition of reliever Roberto Osuna, who is serving the final week of a 75-day suspension for violating MLB's domestic violence policy.

The deal resembles the Chicago Cubs' acquisition of Aroldis Chapman in 2016, with a notable exception: Osuna is hardly a sure bet at the back of the bullpen, whether it's as the closer or in a setup role. He blew 10 saves for the Toronto Blue Jays in 2017, and while he was 9-for-10 this year before his suspension, he'll be pitching after a long layoff and with a dark cloud hanging over him. He also has to make another court appearance Wednesday to deal with the assault charges he faces. The Astros weighed all the baggage and decided it was worth selling a little bit of their soul.

Every playoff contender has made at least one move and several have made multiple trades. Is there anybody left to move on Tuesday? Let's preview what to watch for:

Now that Bryce Harper is staying put, who are the biggest names who might get traded?

Well, it was fun while it lasted, but the Nationals have made it clear that Bryce Harper won't be going anywhere Tuesday. So, we probably won't have an earth-shattering blockbuster deal today -- but there are still some interesting possibilities out there.

Adrian Beltre is a possibility, although he has a full no-trade clause and has said he wants to retire with the Rangers. He also hasn't said conclusively whether he wants to play in 2019 (he'll turn 40 next April). On the other hand, he has never won a World Series ring, so maybe he would accept a trade to a playoff contender.

As colleague Jerry Crasnick mentioned in a tweet, however, some teams may consider Beltre a part-time player given his so-so .292/.342/.404 line, and he's probably not willing to be a part-time player. Also, considering Manny Machado, Eduardo Escobar, Asdrubal Cabrera and Mike Moustakas already have been traded, it feels like all the third-base needs have been filled.

Chris Archer's name is still out there, although a trade seems like a long shot -- and it could be non-contender who makes a move for him. Crasnick tweeted this on Monday:

What about Brian Dozier?

The Minnesota Twins have traded Escobar, Lance Lynn, Ryan Pressly and Zach Duke, so Dozier is a possibility, although he's certainly more of a franchise icon than anyone in that group. He's a free agent and given his age (32 next season) and down year, the Twins may elect to let him walk after the season. While Dozier is hitting just .224/.306/.404, he has finished strong the past two seasons, slugging 17 home runs the final two months in 2017 and 23 the final two months in 2016. He could fit two teams:

Indians:Ranking 24th in the majors in wOBA at second base (.221/.299/.351), Cleveland also could use a center fielder, and trading for Dozier could mean shifting Jason Kipnis there, as they did last season.

Mariners:Ranking 22nd in the majors in wOBA at second base (.270/.318/.352), the Mariners have struggled to score runs in July, averaging just 3.47 per game entering Monday's game against Houston. They have Dee Gordon, and Robinson Cano will be back from his PED suspension on Aug. 14, but they could move Gordon back to center field, and Cano has already been told to break in a first baseman's glove.

What's the biggest hole that needs to be filled?

It's a little surprising the Dodgers haven't added to their bullpen, but it's also possible the Dodgers believe in their pen more than we do given its recent performance. A month-by-month look at the Dodgers' bullpen:

The hot hands of late have been Erik Goeddel, Scott Alexander, Caleb Ferguson and J.T. Chargois, who have combined to allow five runs over 40 innings in July, with 50 strikeouts and eight walks. So they've been good!

They also have zero postseason experience, if you believe that kind of thing matters. I think the important note here is remembering that Dave Roberts went to his bullpen early and often last postseason. Assuming the Dodgers get there -- no guarantee -- they're going to need more depth down there than they had last October.

What are some other holes?

In no particular order:

Nationals' catcher: Last in the majors in wOBA, but good luck on getting J.T. Realmuto.

Indians' center or right field: 28th and 20th in wOBA. Kipnis is at second for now, so maybe they could land Leonys Martin, defensive whiz Billy Hamilton, Andrew McCutchen or Adam Jones (although he may not want to waive his no-trade rights).

A's center field: 25th in wOBA. Mark Canha has been playing there a lot, but he's a little stretched defensively.

Rockies' left field: 20th in wOBA. That's not good once you adjust for home park.

Astros' left field: 22nd in wOBA. Marwin Gonzalez hasn't matched last year's big season and now has to fill in at second base and shortstop with Jose Altuve and Carlos Correa both on the DL. Rookie Kyle Tucker started 6-for-42 (.143) entering Monday's game. Tony Kemp has a .392 OBP in 162 PAs. Maybe he's the answer out there.

Mariners' rotation: 15th in ERA. Felix Hernandez continues to struggle, but the Mariners acquired Adam Warren and Duke on Monday, so they may decide to do a Rays-like bullpen game in that fifth spot in the rotation if Felix gets benched.

Rockies' bullpen: They added Seunghwan Oh, but another reliever would help.

Will the Mets trade a starter?

If they do, it probably will be Zack Wheeler, not Jacob deGrom. Wheeler is controlled through 2019, so the Mets may hold their cards for next season, but other than Archer, Wheeler looks like the best starter who could be traded. The Brewers feel like a logical landing spot.

Do the Cardinals do anything?

They stayed above .500 with Monday's win over the Rockies, a game that saw Carlos Martinez exit in the fifth inning with a right shoulder strain -- after he'd just returned from an oblique strain. It seems like it just isn't going to happen for the Cardinals. If they turn into sellers, closer/"mentor" Bud Norris could be traded, but there aren't other obvious trade candidates here.

What's the most likely scenario on Tuesday?

I'd say more relievers get traded, but most of the decent ones from non-contenders have already been dealt. There's a slim chance some big-name veterans like Beltre or Jones or McCutchen or Dozier get dealt, but given the amount of deals made so far, it may be the slowest deadline day we've had in a while.