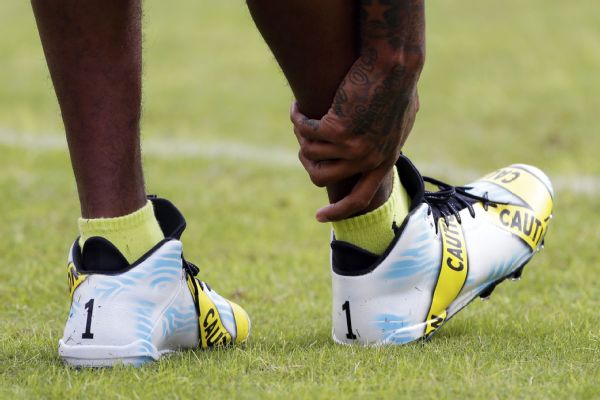 ESPN
By John Keim
ASHBURN, Va. -- Washington Redskins receiver DeSean Jackson just wanted to send a message. Because of that, he knew he'd also be sending the NFL some money.

Jackson said he was fined by the NFL for wearing cleats with yellow caution tape painted on them in a Week 4 game vs. the Cleveland Browns.

Jackson had initially planned to wear the cleats only during pregame, but opted to keep them on all game. The fine for a violation is $6,076. Jackson wore the NFL-approved pink cleats against the Baltimore Ravens last Sunday.

Jackson said he didn't appeal the fine. He said he wore the cleats to bring attention to not only police brutality but also violence within communities.

"It's cool, man," Jackson said of the fine. "My message and what I wanted to get across was more of the case for that, so I wasn't worried about that [fine]."