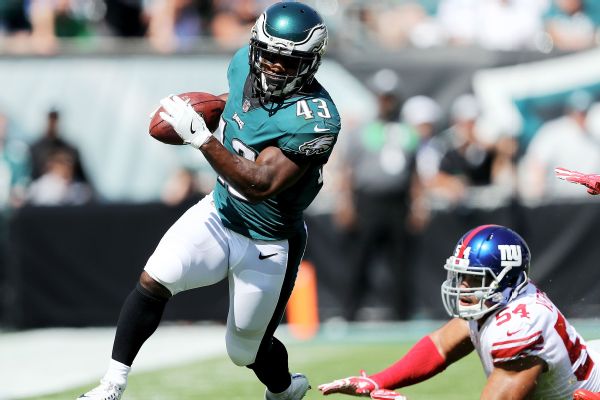 The Philadelphia Eagles believe running back Darren Sproles broke his arm during Sunday's game against the New York Giants, a league source confirmed.

An MRI is scheduled for Monday morning to gauge the extent of the injury.

Sproles was injured in the first half following an awkward plant and hit from safety Darian Thompson. Trainers were originally looking at the knee area. Sproles was able to walk off under his own power, though, and the concern quickly turned to his wrist as he held his right arm in obvious pain as he headed indoors. Replays showed that Thompson's foot inadvertently hit Sproles on the arm.

The 34-year-old running back holds a key role in the Eagles rotation. LeGarrette Blount and Wendell Smallwood received the bulk of the carries in his absence Sunday.

Sproles has rushed for 61 yards this season on 15 carries. He also has seven receptions for 73 yards.