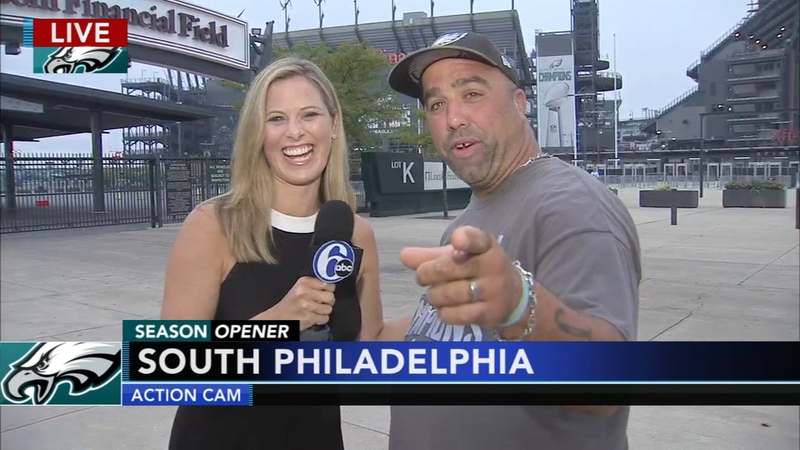 1st Eagles fan to arrive at the Linc

Gregg Matza of Northeast Philadelphia was the first to arrive at Lincoln Financial Field Thursday morning for the 8:20 p.m. kickoff.

First fan arrives for tonight’s game! A very superstitious Gregg Matza got here at 4:15AM. He says an early arrival worked when the Eagles beat Minnesota to go to the Super Bowl. So Eagles- Gregg’s got your back! pic.twitter.com/jWc8ubW9tX

The early bird compared this day to Christmas morning, saying, "How can you sleep?"

Matza had a very detailed prediction for the Super Bowl Champions' season opener.

He no doubt thinks the Eagles will pull off the win. A ten-point win, to be exact.

Tailgating early at the Eagles game. Jeff Chirico reports during Action News at Noon on September 6, 2018.