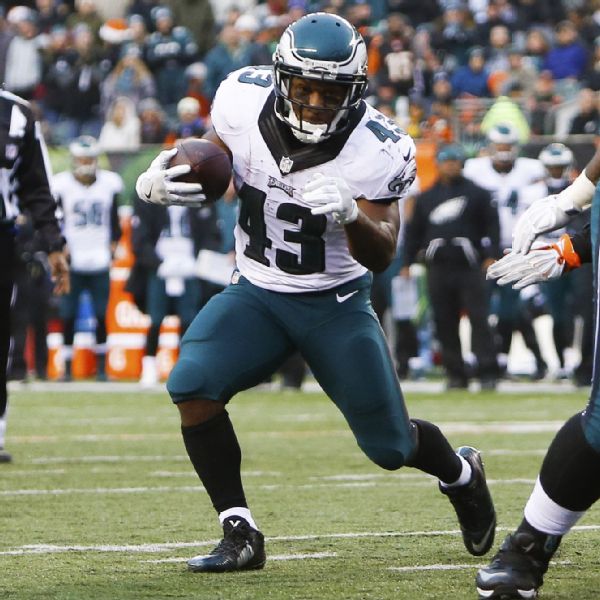 PHILADELPHIA -- Three key players for the Philadelphia Eagles were injured in the first half of their 27-24 victory against the New York Giants.

Players from both the Eagles and Giants took a knee around Sproles following an awkward plant and hit from safety Darian Thompson. Trainers were looking at the knee area.

Sproles was able to walk off under his own power, though, and the concern quickly turned to his wrist as he held his right arm in obvious pain as he headed indoors.

Hicks and Cox were both lost in the second quarter, further depleting a defense that was already down cornerbacks Ronald Darby and Jaylen Watkins, as well as safeties Rodney McLeod and Corey Graham.