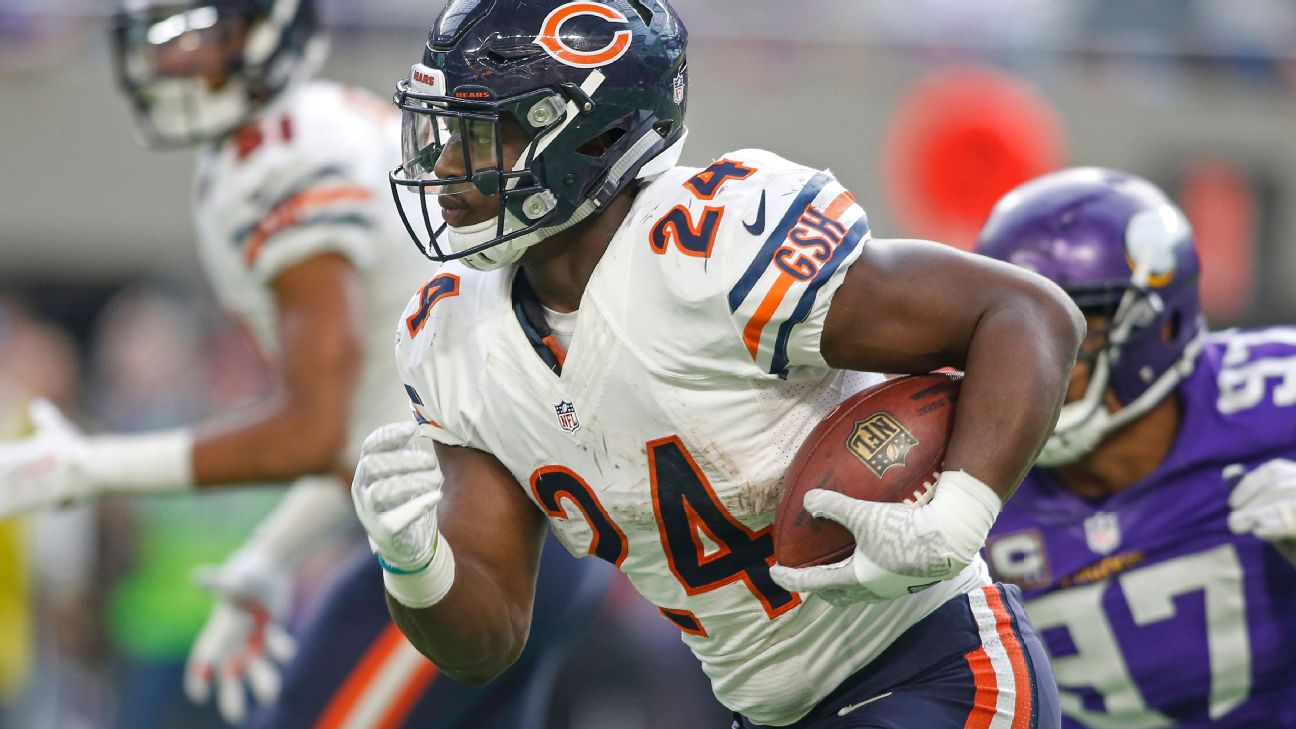 ESPN
By Tim McManus
The Philadelphia Eagles got the running back help they desperately needed by acquiring Jordan Howard from the Chicago Bearson Thursday.

The Bears will get a sixth-round pick in 2020 that can become a fifth-round pick, a league source told ESPN's Adam Schefter.

Howard, 24, who played three seasons with the Bears, rushed for over 1,000 yards in both 2016 and 2017. He ranks third in the NFL in rushing since entering the league.

Philly struggled on the ground last season, finishing 28th in rushing yards (1,570) and was second from the bottom in yards per attempt (3.9). The Eagles' leading individual rusher, rookie Josh Adams, ranked 41st in the NFL in rush yards (511).

Two of their top names in the backfield, Jay Ajayi and Darren Sproles, are both free agents. Coach Doug Pederson said this week that he wanted Sproles back for another year. The veteran has not yet publicly committed to playing another season.

Howard is entering the final year of his rookie deal and is scheduled to make around $2 million in 2019. A fifth-round pick in 2016, he made the Pro Bowl in his rookie season after rushing for 1,313 yards in 252 attempts -- an average of 5.2 yards per carry -- while scoring seven total touchdowns. He followed that up with another 1,122 rushing yards and nine touchdowns in 2017.