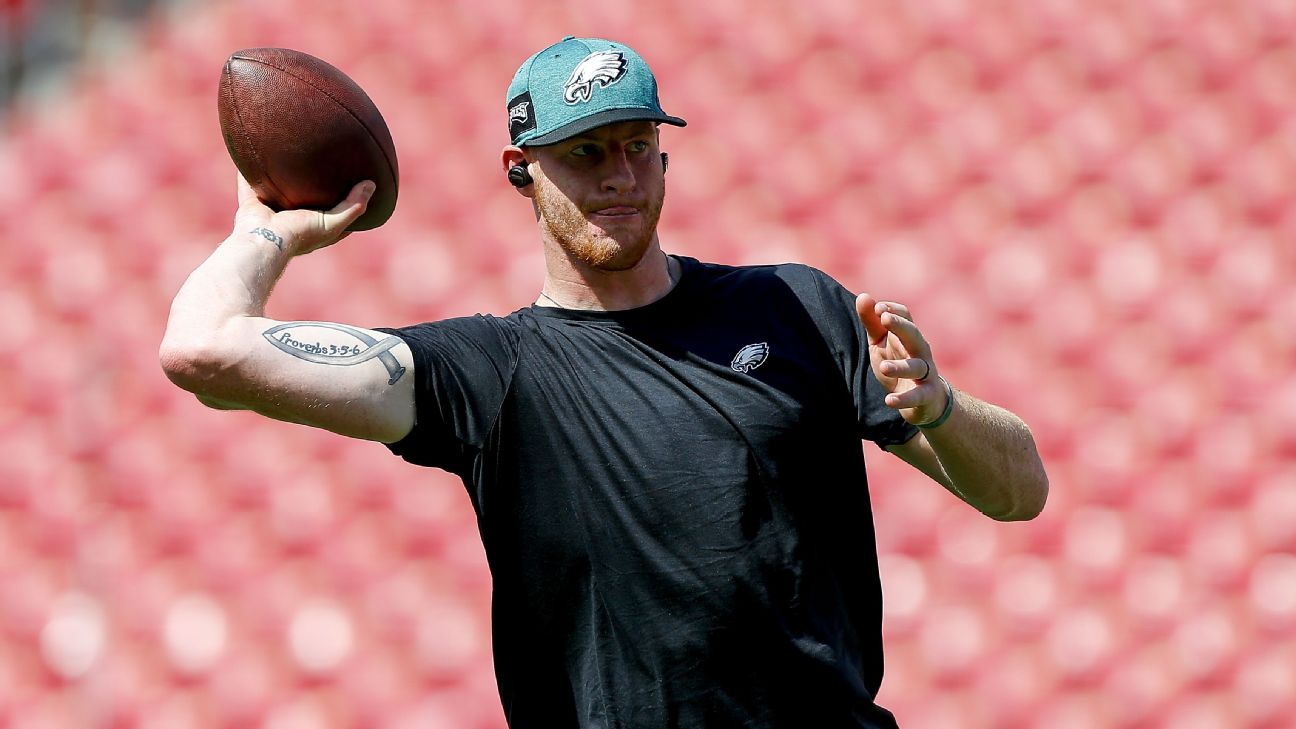 Philadelphia Eagles quarterback Carson Wentz was cleared for contact Monday and will start the team's Week 3 game against the Indianapolis Colts.

"Anytime you get one of your starters back, it's great," said coach Doug Pederson, who made the announcement at his day-after news conference. "I'm excited to get him back out there. But at the same time, it's not about one guy, and we can't lose sight of that."

Wentz was ripping 50-yard-plus throws during warm-ups before Sunday's loss to the Tampa Bay Buccaneers and was moving well. He has been passing the eye test on the practice field for weeks, his teammates have noticed, and has long been deemed ahead of schedule in his rehab, but the organization wanted to err on the side of caution and held him out of the first two regular-season games.

Wentz suffered a multi-ligament knee injury on Dec. 10 at the Los Angeles Rams, tearing both the ACL and LCL in his left knee. ACL recovery typically takes nine to 12 months. The nine-month mark from the date of Wentz's surgery was last Thursday.

Nick Foles, who helped the Eagles hoist their first Lombardi trophy while filling in for Wentz late last season, has not played at a Super Bowl MVP level in his two games this season, but he hands the team over in decent shape at 1-1.

Foles earned a permanent spot in Philadelphia sports history with his efforts in the postseason, but the organization has been unwavering in its commitment to Wentz, whom the Eagles hope will be at the helm for the next decade or longer.

"The greatest thing for me is that [quarterback] room has no egos," Pederson said. "And Nick has understood all along that this is Carson's football team. We drafted Carson to be the guy. We owe a lot of gratitude to Nick Foles for what he has done, what he has done this season, and how he has led this football team. He's a pro's pro ... He'll be very supportive, has been very supportive and will be that way from here on."

Pederson does not plan to alter his playcalling much even while Wentz reacclimates to the game.

Wentz was a regular-season MVP candidate in 2017 before getting injured. He finished second in the NFL with 33 touchdown passes despite missing the last three-plus games. He'll look to reclaim his spot among the league's elite starting Sunday.

Pederson: We drafted Wentz 'to be our guy'
Now that Carson Wentz is medically cleared to play, Doug Pederson says he will need to physically adjust to game speed. 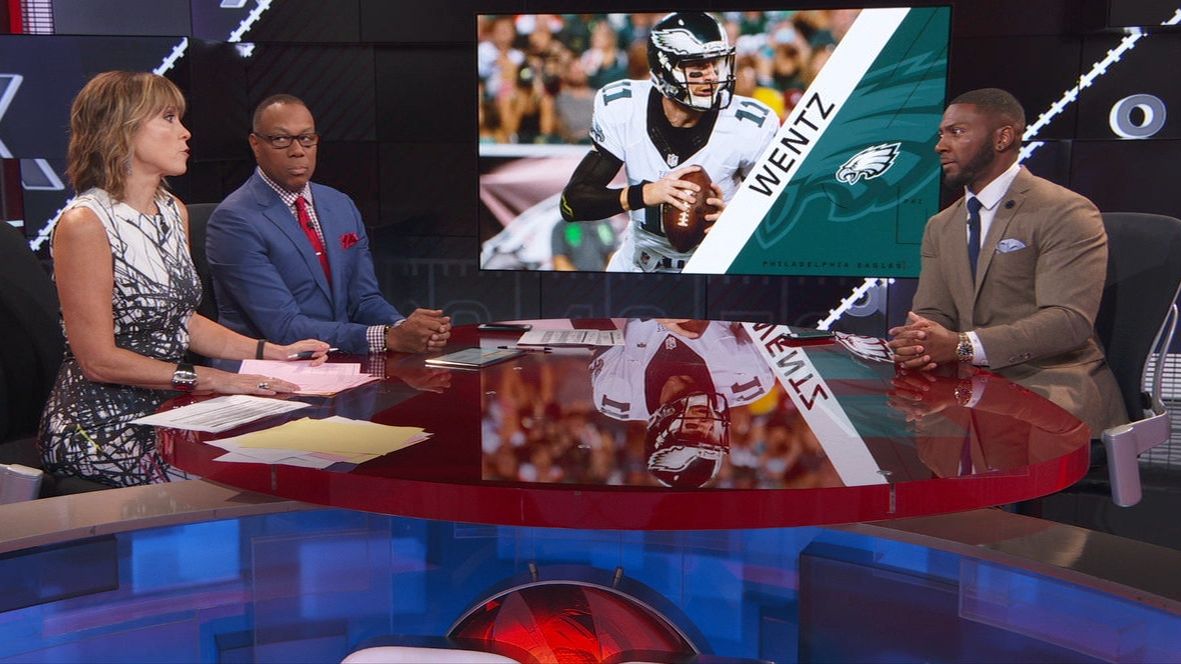