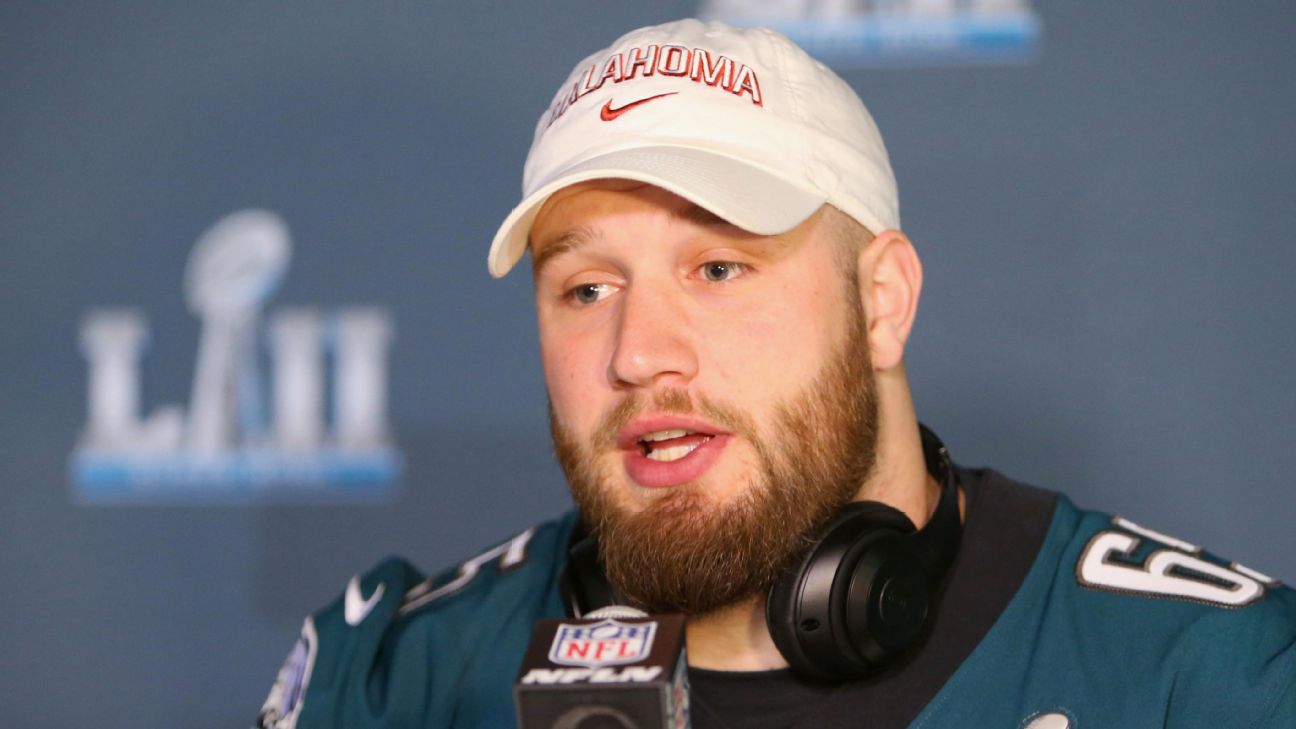 LONDON -- Philadelphia Eagles right tackle Lane Johnson suffered a Grade 2 sprain of the medial collateral ligament in his knee on the opening series against the Jacksonville Jaguars and could be sidelined for about a month, a source confirmed to ESPN.

The injury occurred on the sequence in which quarterback Carson Wentz was strip-sacked early in the first quarter. Johnson stayed on the ground for several minutes before walking off under his own power. He was evaluated briefly on the trainer's table and then was carted into the locker room.

"I know he came in[side]. He got rolled up," said left tackle Jason Peters, who left the game briefly to be evaluated for a head injury but returned. "Next guy up. Same situation happened to me last year -- tore my ACL and MCL and Big V was the next man up and we went all the way and won it. The next hungry dog is going to step in and do work."

Johnson, 28, is in his sixth season in the league, all with Philadelphia. He made the Pro Bowl in 2017.

Peters has been playing through several injuries of his own this season, including a torn biceps and a strained quad.

Cornerback Jalen Mills is the other injury of note from this game. He hurt his foot early in the second half and did not return. Mills was replaced by Rasul Douglas in the lineup.

It has been a rough half of the season health-wise for the Eagles, with safety Rodney McLeod (knee), receivers Mike Wallace (leg) and Mack Hollins (groin), running back Jay Ajayi (knee) and defensive end Derek Barnett (shoulder) among those who have landed on injured reserve, while others like running back Darren Sproles (hamstring) and cornerback Sidney Jones (hamstring) have missed multiple games. The good news is the Eagles will have a chance to rest some of their ailing bodies this week as they head into their bye.

The news of Johnson's injury was first reported by the NFL Network.