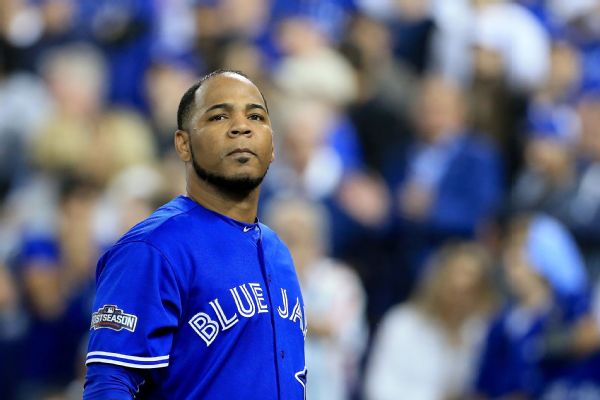 ESPN
Free-agent slugger Edwin Encarnacion has agreed to a deal with theCleveland Indians, according to multiple reports and confirmed by ESPN.

The deal is for three years and $60 million, with a fourth-year club option of $20 million or a $5 million buyout, according to multiple reports.

The Indians add Encarnacion to a team coming off its first World Series appearance since 1997, losing to the Cubs in seven games. He is likely to take the place of Mike Napoli as Cleveland's primary designated hitter.

Indians second baseman Jason Kipnis tweeted that the deal felt like an early Christmas gift. "Thank you Santa," he wrote.

The deal is pending a physical, which reportedly will take place after the holidays.Because Encarnacion did not accept the Blue Jays' $17.2 million qualifying offer, the Indians would lose a first-round draft pick, No. 25 overall, if the deal is completed. Toronto would gain an extra pick at the end of the first round.

Encarnacion, 33, will provide some much-needed muscle to the Indians' lineup, which had the second-fewest homers among playoff teams last season, according to ESPN Stats & Information.

He tied with David Ortiz for the American League lead with 127 RBIs in 2016, matching his career high with 42 home runs and batting .263. A first baseman and designated hitter, Encarnacion was an All-Star for the third time.

Earlier this week, Encarnacion's agent, Paul Kinzer, said in a radio interview with Sportsnet 590 The Fan that Encarnacion had multiyear offers from six teams but that it was starting to sink in that he wouldn't return to Toronto, which was his goal entering free agency.

"It's not that there isn't interest in him, but we made it clear that Edwin wanted to return to Toronto. That's where he felt his home was," Kinzer said.

He said most of the offers Encarnacion had received were in the three-year range. The Oakland Athleticsreportedly were also a finalist.

Kinzer said the Blue Jays did make an offer but that wasn't until a day before the beginning of free agency and Encarnacion wanted to become a free agent and see which teams were interested in him.

After arriving in Toronto by trade from Cincinnati in 2009, Encarnacion signed a three-year, $29 million extension in 2013 and is coming off a team option at $10 million.

Encarnacion has averaged 39 homers and 110 RBIs since 2012 and helped slug the Blue Jays to back-to-back appearances in the AL Championship Series. His 239 homers in Toronto rank third behind Carlos Delgado (336) and Jose Bautista (265) on the Blue Jays' career list.

Encarnacion's three-run drive in the 11th inning to beat Baltimore in the wild-card game this season gave Toronto one of its most indelible moments since Joe Carter's World Series walk-off handed the Blue Jays a second straight title in 1993.

Through his 12th season, Encarnacion has a career .266 average with 310 home runs and 942 RBIs for Cincinnati and Toronto.

Cleveland knocked off Boston and Toronto in the playoffs and jumped out to a 3-1 lead in the World Series before the Cubs rallied to win in seven games and capture their first title in 108 years.

The close call convinced the Indians the time was right to spend, and they have shelled out for one of the biggest bats available this winter.

Already with one of baseball's best pitching staffs, the Indians now have a much more dangerous lineup. They have young stars in second baseman Kipnisand shortstop Francisco Lindor, and if left fielder Michael Brantley can bounce back from a shoulder injury that sidelined him for all but 11 games last season, the top of Cleveland's order is as good as any.

Encarnacion represents an upgrade over Napoli, who was a major part of the team's run to its first AL Central title since 2007 but struggled in the postseason. The Indians were not willing to give Napoli a multiyear deal and did not give him a one-year qualifying offer of $17.2 million either.

Adding Encarnacion was a major move for Indians owner Paul Dolan, who has been hesitant to test free-agent waters in recent years after major signings of previous veterans such asNick Swisher and Michael Bourn didn't pan out. But the Indians felt the time was right to act, especially with a bump in revenue from the 2016 postseason and adding new minority owner John Sherman.

Cleveland's lagging attendance -- the Indians ranked 28th in the majors -- might also get a bump from Encarnacion's signing, which some Cleveland fans have greeted as an early Christmas present. 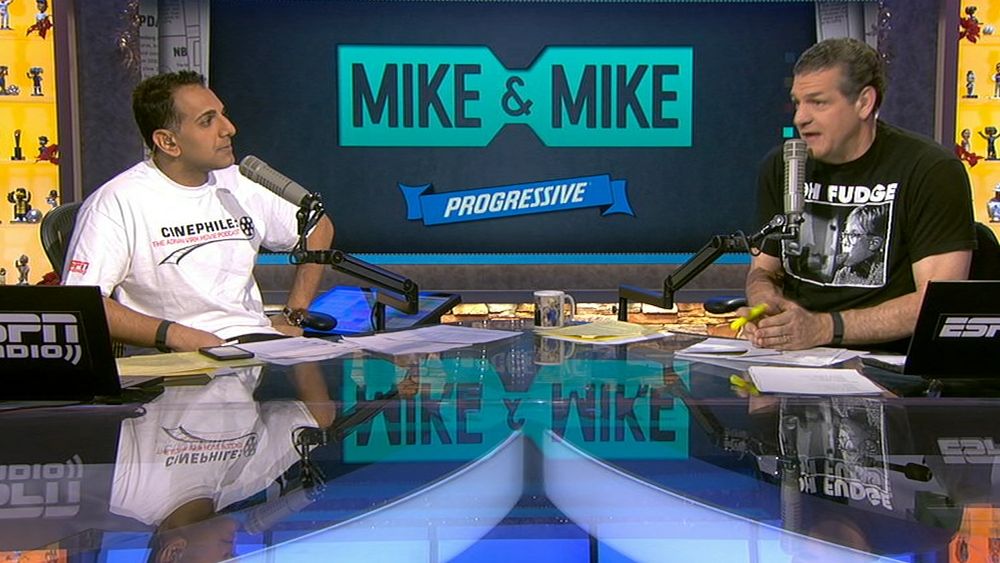