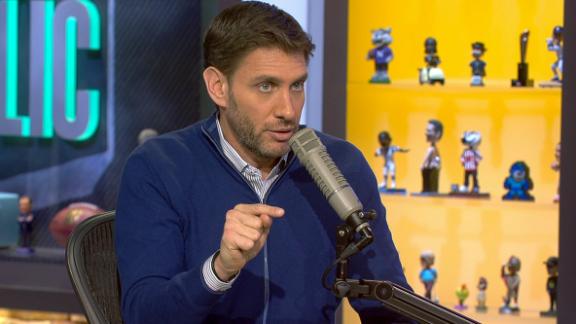 LOS ANGELES -- The Rams are 4-7 in their first season back in Los Angeles, and now they seemingly have alienated one of the franchise's most popular players.

Hall of Fame running back Eric Dickerson, a star when the team last played on the West Coast, said Monday in a phone conversation with ESPN that Rams coach Jeff Fisher basically told Dickerson he didn't want him on the sideline during games because some of his public comments have made players "uncomfortable."

According to Dickerson, Fisher later backtracked in that conversation after Dickerson defended his right to speak out, but Dickerson said he vowed to Fisher that he would never go to a Rams game as long as Fisher is the team's coach.

"I won't be at the Coliseum as long as Fisher is coaching," Dickerson reiterated Monday. "I'm a man of my word, and if I tell you something, I'm going to do it."

Dickerson said on AM 570 in L.A. earlier Monday that someone from "upper management" told him he was not welcome on the sideline. That prompted Rams COO Kevin Demoff to go on the defensive. He tweeted his support of Dickerson and later told ESPN that he didn't know where the message came from, adding: "He's always welcome at practice. He's always welcome at games. There's never been any message to the contrary."

That prompted Dickerson to reveal that it was Fisher who made the call, doing so first in a conversation with Fox Sports Radio.

He said it took place a couple of Thursdays ago, and he was expecting it. At the Rams' groundbreaking ceremony Nov. 17 in Inglewood, California, Dickerson said he asked for sideline passes for a few friends and was told the organization feels "a little uncomfortable" about his recent criticism of the team. Dickerson was told to expect a call from Demoff or general manager Les Snead.

Then Fisher called. They spoke for about a half-hour, Dickerson said.

Dickerson said he let Fisher finish before telling him, "You think I've been waiting on the Rams to come back to town? That's not me. People who know me know, I'm not here with my hand out. Do you feel like I owe y'all something? Send me a bill."

Dickerson said that after Fisher tried to interrupt him, he told the Rams coach, "You can go anyplace else. You can go back to Tennessee, you can go to Cleveland, you can go to SC. Still, I'm going to be Eric Dickerson of the Los Angeles Rams. That's why I wear that gold jacket. I have the right to say what I say. I'm not trying to hurt the players. ... I'm a frustrated player and a frustrated fan. I watch this every week. I love the players. I'm always a player first."

Dickerson, 56, played for the Rams from 1983 to 1987 and rushed for 7,245 yards in 65 games. He felt wronged when the Rams traded him to the Indianapolis Colts midway through the 1987 season, but he remained a fan of the organization upon retirement. Dickerson hosted the rookies at his house over the offseason, was part of the broadcast team during the preseason and attended the groundbreaking ceremony along with a handful of other luminaries.

But he hasn't minced words about the Rams' shortcomings. Dickerson has harshly criticized the offensive line, talked openly about how boring the offense can be and even questioned the credentials of quarterbacks coach Chris Weinke, who he doesn't believe has earned the right to coach a No. 1 overall pick in Jared Goff.

Demoff called Dickerson on Monday to try to set the record straight, but Dickerson was at a barbecue and didn't answer. He said he would call him back on Tuesday.

"When you lose football games, people are going to be outspoken," Demoff said. "I think we all understand that, and I think everybody believes that Eric's entitled to his opinion, as a former player, as a Hall of Famer and somebody who's been part of our family. Certainly, you're going to listen to what he has to say. But I think we're all frustrated and disappointed, and I just think Eric's viewpoints on his show is that. And he has every right to express himself. I don't think we would ever attempt to silence him or warn him to feel as if he doesn't have that platform."

Dickerson stressed that he will remain a fan of the Rams, but it probably won't ever be the same. He said he doesn't "feel welcomed" by the organization, regardless of what Demoff and Fisher stated publicly. Dickerson believes Demoff and Fisher praised him publicly only "because they got caught with their pants down."

Dickerson makes his home in Southern California. He is a crucial part of the organization's reconnecting with the fan base it left behind more than 20 years ago. But now he will settle into the background, at least while Fisher -- with an expiring contract -- is employed.

Dickerson was asked if he is hurt by all this.

Dickerson doesn't 'fell welcomed' by Rams organization
Eric Dickerson joins SportsCenter to talk about the Rams not wanting him on the sidelines and his conversation with coach Jeff Fisher. 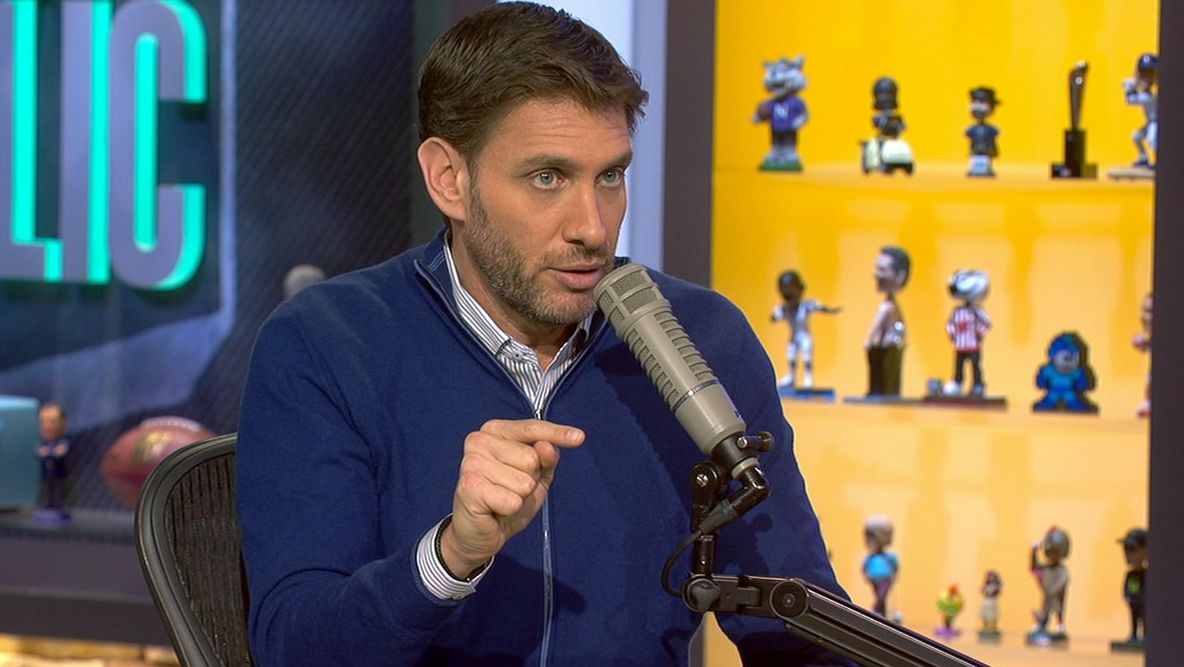