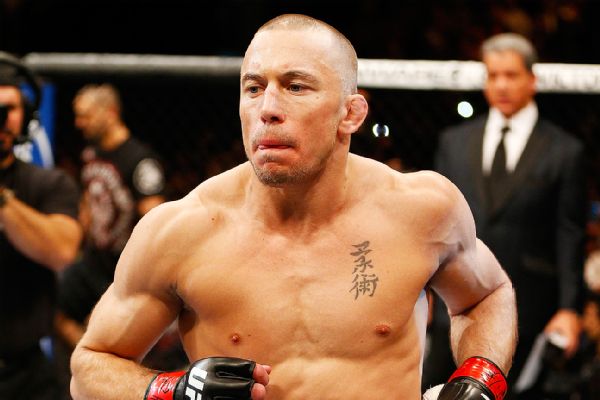 Former welterweight champion Georges St-Pierre, who vacated his title to take an indefinite break in 2013, has signed an agreement to return to the UFC.

On Friday, UFC president Dana White told the Los Angeles Times that St-Pierre, 35, signed the deal on Thursday after a lengthy negotiating process. The deal reunites the UFC with one of its most consistent pay-per-view draws.

"He's back. I'm excited," White told the Times. "We worked at it for a long time and finally got it done."

St-Pierre (25-2), the longest-reigning 170-pound champion in UFC history, hasn't fought in 39 months, since his split-decision victory over Johny Hendricks at UFC 167. He walked away following the grueling and disputed win, citing a need for time off while questioning the UFC's drug-testing policies. In July 2015, the UFC introduced a policy enforced by the U.S. Anti-Doping Agency (USADA).

A return date and opponent have not yet been announced. White mentioned the winner of the UFC 209 welterweight title rematch between champion Tyron Woodley and Stephen Thompson as a possible foe for St-Pierre. He also mentioned middleweight champion Michael Bisping, who claimed last October he verbally agreed to the fight, forcing White to shut down the rumor.

White also teased that St-Pierre has talked about the possibility of cutting down to 155 pounds.

St-Pierre previously announced his intentions to return last July, but a new deal was never finalized.

In October, GSP publicly stated he had terminated his existing contract with the UFC and announced himself as a free agent, citing a breach of contract for the promotion not offering him a fight. Hours later, the UFC responded and claimed that he remained under contract.