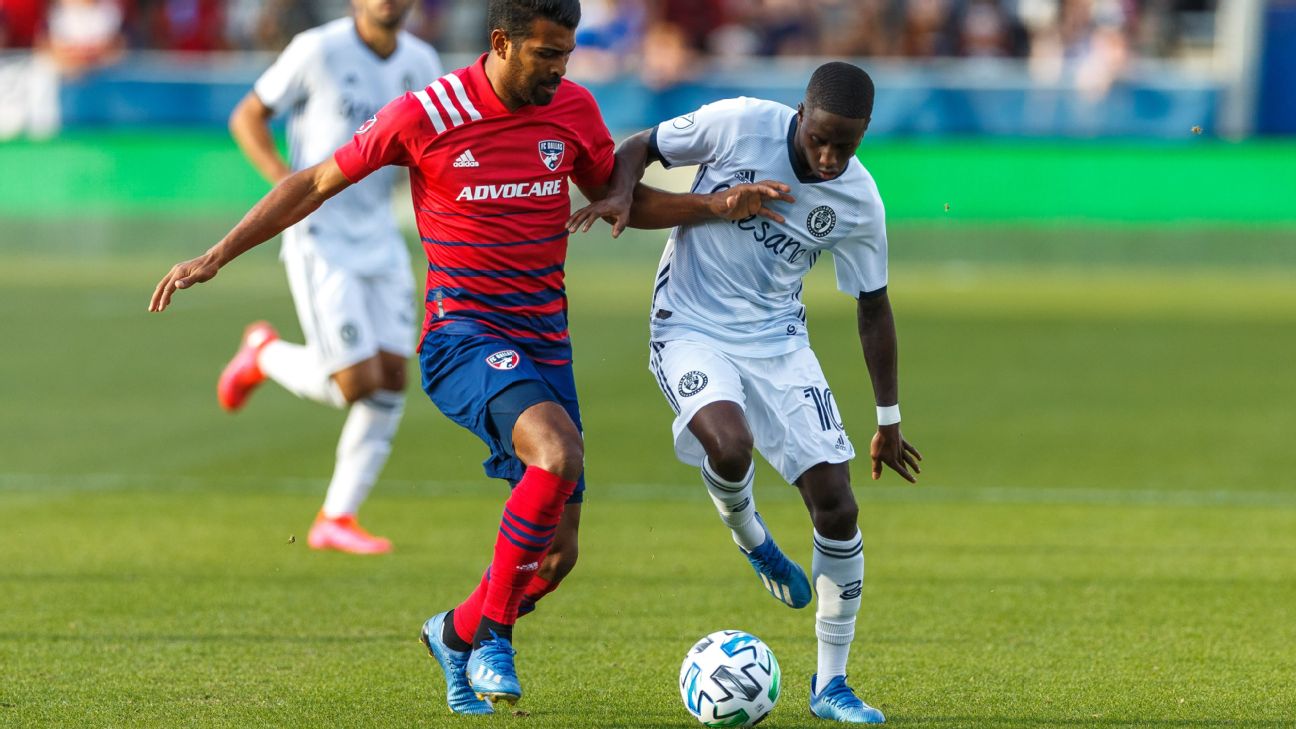 Zdenek Ondrasek and Paxton Pomykal each scored a goal to lift host FC Dallas past the Philadelphia Union 2-0 in the season opener for both clubs on Saturday.

FC Dallas began the 25th season in Major League Soccer as the second-youngest team behind only Vancouver Whitecaps FC.

Even with five minutes of second-half stoppage time, the Union were shut out.

The game was rather chippy with five yellow cards handed out, four to the Union.

In the 18th minute, FC Dallas had the best scoring chance to that point as Fafa Picault crossed the ball to a streaking Michael Barrios in the box. But Union goalkeeper Andre Blake made a sprawling save to keep the game scoreless.

Picault, who previously played for the Union, led FC Dallas' offensive charge for much of the first half, including a couple of times in four minutes of stoppage time.

The Union generated four corner kicks but were unable to capitalize. They managed only one shot on goal in the entire half and the game was scoreless as both clubs entered their respective locker rooms.

FC Dallas controlled possession immediately after halftime, and Thiago Santos fired a shot off the near post in the 50th minute.

In the 61st minute, the aggressive nature of FC Dallas paid off as Ondrasek fired a low-lining shot from outside the box, and it eluded Blake and found the corner of the net for a 1-0 lead.

It was Ondrasek's eighth goal in nine games dating to last season.

Philadelphia's Kacper Przybylko had a strong scoring opportunity in the 70th minute when he received a pass in the box, turned around and ripped a shot just wide of the goal.

Union midfielder Alejandro Bedoya appeared to have a clear shot in the 83rd minute, but he was unable to hit it cleanly, and Jesse Gonzalez made the relatively easy save.

Pomykal extended the FC Dallas lead to 2-0 in the first minute of stoppage time. Pomykal had been slowed by an injury and didn't compete in preseason games. 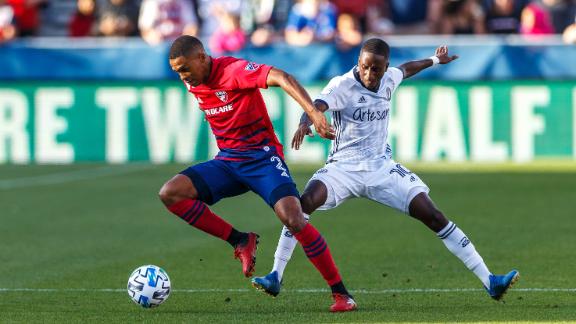