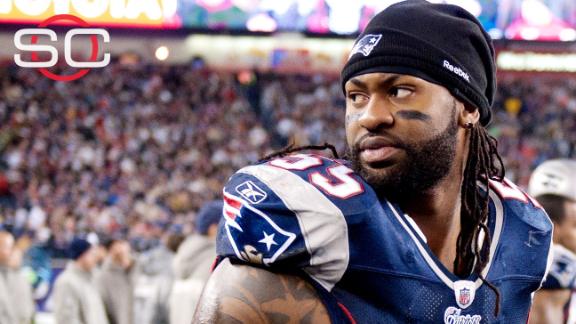 WRENTHAM, Mass. -- Former Buffalo Bills and New England Patriots linebacker Brandon Spikes has pleaded guilty in a hit-and-run crash that injured three people, and he will serve a year of probation.

Spikes appeared Wednesday in Wrentham District Court, where he admitted negligent operation of a motor vehicle, leaving the scene of personal injury, operating an uninsured vehicle, speeding and a marked-lanes violation.

State police found a damaged Mercedes-Benz Maybach belonging to Spikes abandoned in the median of Interstate 495 in Foxborough on June 7. At about the same time, police responded to a report that a Nissan Murano SUV had been struck from behind by a vehicle that left the scene. Three people were treated for minor injuries.

Defense attorney Christopher Belezos says Spikes wanted to take responsibility and move on with his life.

According to court documents, Spikes also was fined $2,400 and will spend one half day attending "Alive at 25" driving education classes. Spike will return to court in September for a restitution hearing.

The Patriots cut Spikes after the crash.

An attorney for Spikes hasn't returned a call seeking comment.

Information from ESPN.com's Joe McDonald and The Associated Press was used in this report.