Is there a new NFC favorite? NFL Insiders react 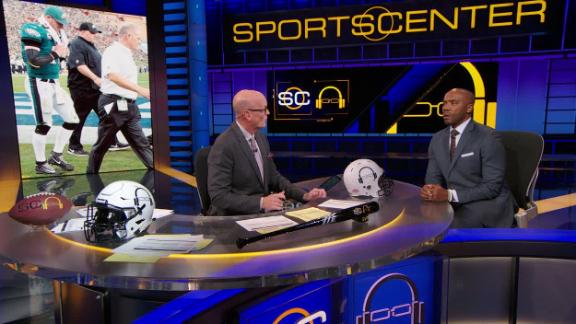 Philadelphia Eagles quarterback Carson Wentz tore his left ACL in the Eagles' 43-35 win at the Los Angeles Rams, coach Doug Pederson announced Monday. Wentz was an MVP candidate and a huge part of the Eagles' turnaround from 7-9 a year ago, and now backup Nick Foleswill be forced to play down the stretch and into the playoffs.

So how does the NFC playoff picture change now? We asked our panel of ESPN NFL insiders to weigh in:

If Wentz is out for the season, who's the favorite in the NFC?

Matt Bowen, NFL writer: New Orleans Saints. Yes, the offense needs a healthy Alvin Kamara on the field. His versatile skill set and explosive big-play ability stands out, and he changes the Saints' game plan. But I'm also looking at the balanced offense this season under Sean Payton and the proven ability of Drew Brees to make plays in critical moments. Plus, with an aggressive defense under Dennis Allen, the Saints can bring pressure and challenge routes at the cornerback position. This is a physical team with the leadership to make a run in January.
Mike Clay, NFL writer: Minnesota Vikings. They have taught us this season that a quarterback who struggled during the Jeff Fisher Rams' era (Case Keenum) can guide a well-built team to Super Bowl contention. That said, I'm not going to completely throw in the towel on an Eagles' team that was stacked on paper even before Carson Wentz took a big step forward this season. Wentz hasn't been the Eagles' only big loss of the season. Injuries to Jason Peters, Jordan HicksandDarren Sproleshave also taken their toll. It's hard to imagine this team beating two quality NFC teams in the playoffs. The Saints, Rams and Seahawks are in the conversation, but I'm hard-pressed to go against a Vikings squad with many impressive statement wins, including against the Falcons, Ravens, Rams and Saints. Minnesota has a terrific defense, a productive offense and aDecember schedule (Bengals, Packers, Bears) that should put them at least at 12-4 and with a first-round bye. That will be the edge the Vikings need in order to becoming the first team ever to play in the Super Bowl in its home stadium.

Dan Graziano, NFL writer: Philadelphia Eagles. I'm going to say it's still the Eagles, just not by as much. Their pass rush will help them finish games, and while they'll obviously lose a lot if Foles can't replicate Wentz's third-down success, Foles knows the offense and I think we can trust Doug Pederson and Frank Reich to put their players in positions to be successful. I thought the Eagles were clear favorites to win the NFC as Week 14 dawned, and now I would rate them as one of several roughly equivalent possibilities. But since it looks likely they'll get a bye and maybe even the No. 1 seed even without Wentz, I'll give Philly the narrow edge.

Mike Sando, senior NFL writer: Minnesota Vikings. I'm not sure Keenum will play well enough for the rest of the season and playoffs, but the Vikings are strong enough across the board to be the top team. That might have been true even if Wentz had stayed healthy.

Aaron Schatz, Football Outsiders editor-in-chief: Philadelphia Eagles. Believe it or not, it's the Eagles. They are no longer the best team in the NFL, but the results of Sunday's games make it likely that the Eagles will have the No. 1 seed and home-field advantage throughout the playoffs. They now have a head-to-head win against the Rams and clinched the common-opponents tiebreaker against Minnesota and New Orleans. Other than perhaps Teddy Bridgewater, Foles is probably the best backup quarterback among the top contenders, and the one most likely to follow in Jeff Hostetler's footsteps. Games against the Raiders and Giants should get him up to speed. The Cowboys in Week 17 (with Ezekiel Elliott) will be tougher, but the Eagles should have the No. 1 seed even if they finish 2-1. In fact, with Aaron Rodgers coming back to face the Vikings in two weeks, they could have the No. 1 seed even if they finish 1-2. And the Eagles would be likely to host warm-weather teams (Rams, Panthers) or dome teams (Vikings, Saints) in cold Philadelphia in January.

Kevin Seifert, national NFL writer: Minnesota Vikings. This is a team that won eight consecutive games before losing Sunday by one score on the road to the Panthers, themselves a likely playoff team. The Vikings suffered a few injuries to keep an eye on, most notably to tight end Kyle Rudolph (ankle) and along their offensive line, but most of their key pieces remain intact. And, in terms of playoff positioning, keep in mind that they'll play two of their final three games at home against the Bengals (5-8) and Bears (4-9).

Seth Walder, sports analytics writer: Minnesota Vikings. The Saintswould become the new best team in the NFC, but they aren't the favorite to reach the Super Bowl. That would be the Vikings, out of circumstance. Even with Foles at quarterback, the Eagles have enough of a lead that they ought to squeak out a first-round bye -- and maybe even the No. 1 seed. The Vikings have both the Bengals and Bears left on their schedule and should secure a bye. Likely needing one fewer postseason win than the Saints, Rams or Seahawks to reach the Super Bowl, the Vikings are the favorite to represent the NFC. And though they might be a hair worse than New Orleans, let's not overlook the Vikings' ability after Sunday's road loss. Entering Week 14, Case Keenum was the Total QBR leader among healthy quarterbacks, and Minnesota had the fifth-best defense in the league, per FPI.

Field Yates, NFL Insider: Minnesota Vikings. Minnesota has shown a resilience -- despite the Week 14 result -- throughout the season that is difficult to ignore. The Vikings' offensive line has been dramatically improved this year and if it gets back to full health down the stretch should further fortify the running game. I also still believe Philadelphia has a strong enough roster to make a deep postseason run. 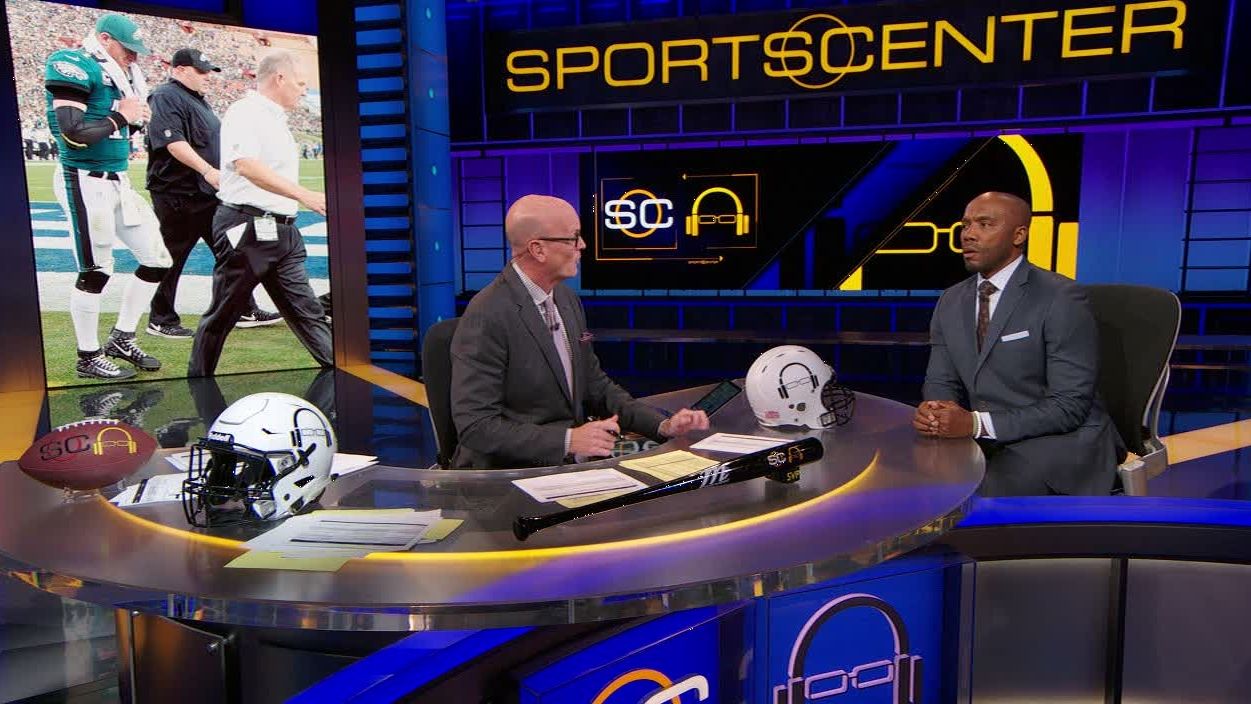 Riddick says Eagles need to rely on run game without Wentz
Louis Riddick says he believes in Eagles' coach Doug Pederson's offensive mind and that the team should be able to play well under Nick Foles, but should even the run-pass balance. 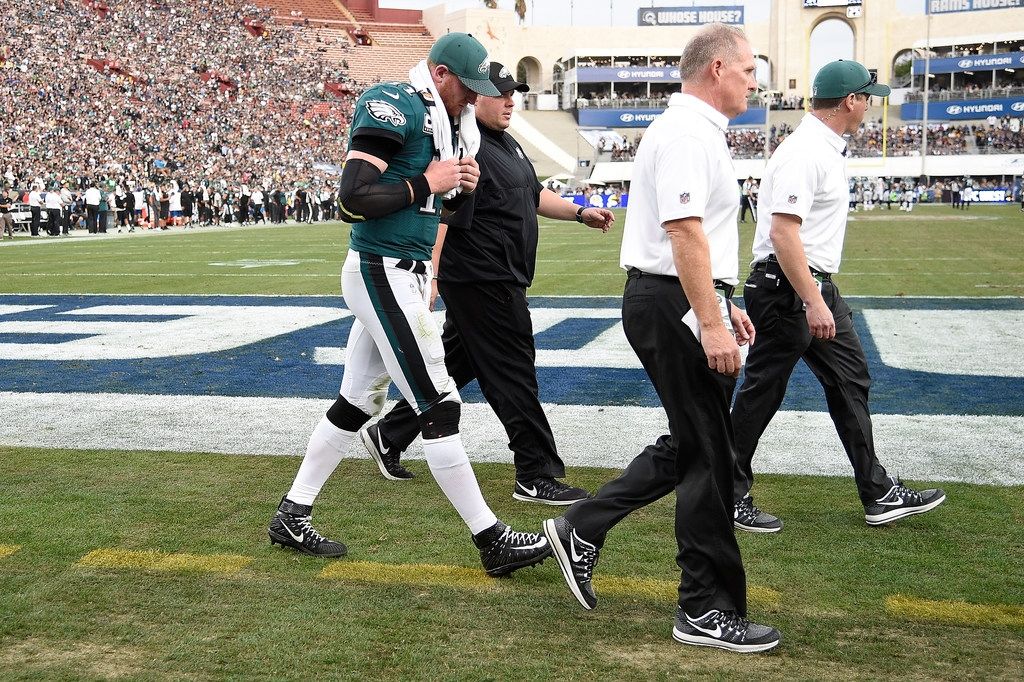 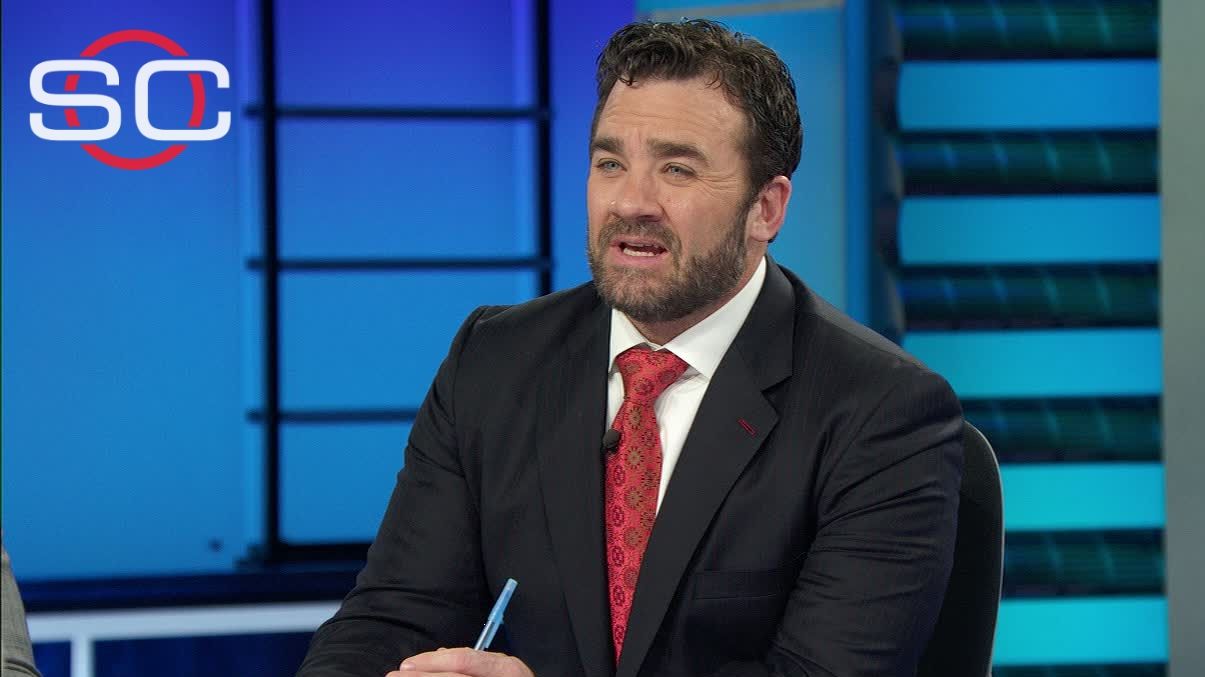