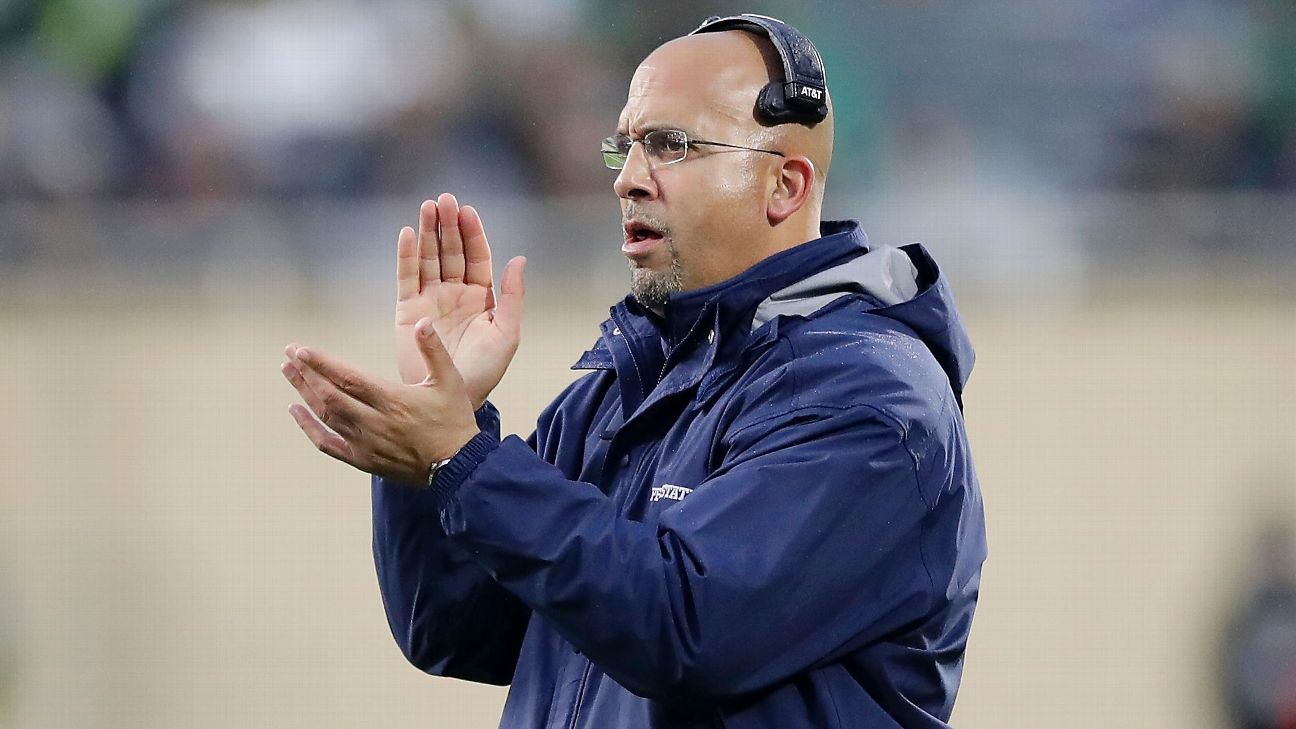 CHICAGO -- Penn State coach James Franklin would like to see programs across the country agree to universal scheduling regulations to make the selection process for the College Football Playoff simpler and more fair.

Franklin said Monday at Big Ten Media Days that he thinks all major conferences should play the same number of league games on an annual basis, have the same number of Power Five non-conference opponents and reach an agreement on whether or not to play FCS teams moving forward. He said that would make it easier for the selection committee to compare teams that don't play each other during the season.

"When they can't compare apples to apples, that makes it really challenging," Franklin said. "If you can get to a point where everyone is playing under the same scenario, the same amount of conference games across the country, [that would help]."

Franklin said he doesn't think the playoff system is in need of a major overhaul or an expansion. Franklin said 15 games a year is already pushing the limits of what is safe and healthy for players, and he doesn't support adding an additional round of games.

He doesn't envy the selection committee tasked with choosing the top four teams in the country. Penn State won the Big Ten championship under Franklin two years ago but was left out of the playoff in favor of Ohio State.

"If we can control some of the barriers [with scheduling], that's going to help some of the people that have a very challenging job already," Franklin said. "That would be the one thing I'd like to see change."